These Amazing Sahara Desert Plants are Masters at Adaptation

Desert plants are among the hardiest types of vegetation found on Earth. A popular example is the community of the Sahara desert plants.

Desert plants are among the hardiest types of vegetation found on Earth. A popular example is the community of the Sahara desert plants. 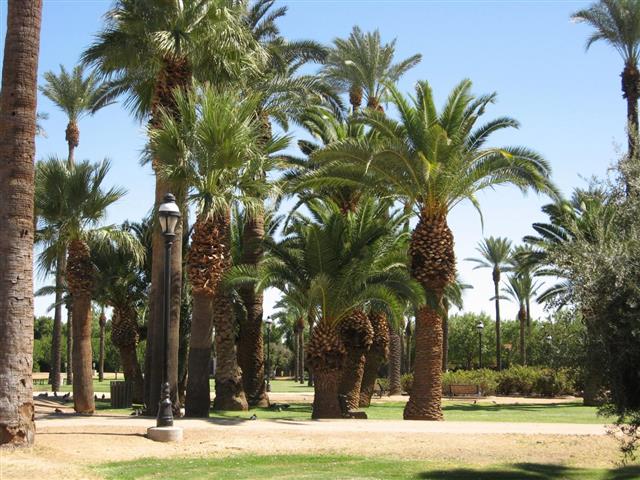 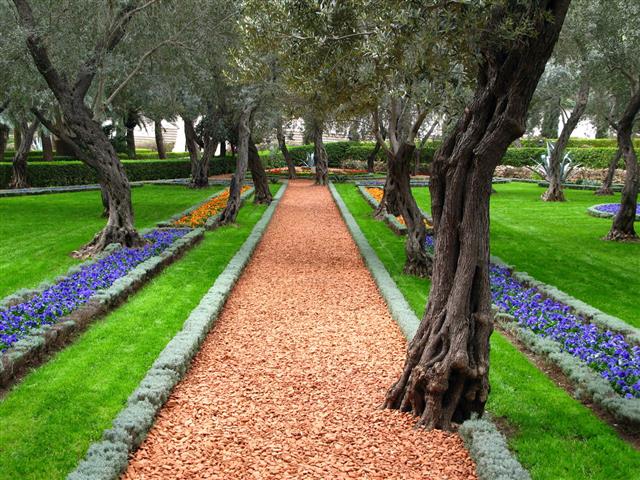 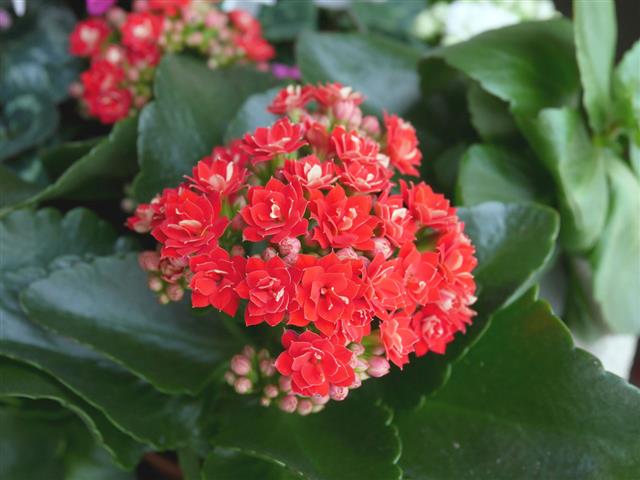 The Sahara, covering an area of over 9,400,000 square kilometers (3,600,000 sq mi), is the largest hot desert on Earth. Describing the desert’s size in general terms, it is as large as China, or the United States. Speaking about its flora, the Sahara is home to a sparse and widely scattered population of vegetation, which mainly includes trees, succulents, herbs, shrubs, and grasses.

In broader terms, the Sahara Desert plants mainly comprise a variety of plants adapted to heat and drought conditions and one that can survive in salty conditions. The plants are in the northern and southern parts of the desert, places near oasis and drainages — particularly those along the Nile River that runs through the desert where the highest concentration of the desert’s vegetation can be found. The rest of the article will tell you about the types of plants that thrive in the desert.

~ Belonging to the Cactaceae family, this plant gives out colorful shoots and can grow up to 7 cm.
~ This succulent plant (Lophophora williamsii) survives the harsh conditions of the Sahara by holding back water for extended periods of time, with the help of its thickly built stems.
~ Another survival strategy of the African peyote cactus is cutting down on water loss, which occurs through evaporation.

~ Its leaves are reduced to spines, and this helps decrease the rate at which the plant loses moisture in the air. It is believed that the native tribes of the desert used the cactus in their spiritual rituals.
~ The plant contains mescaline — an alkaloid that is known to trigger hallucinations.
~ The cactus blooms yellow and pink flowers.

~ Also known as the shittah tree, the red acacia (Acacia seyal) is often found in the damp valleys of the Sahara.
~ The Red Acacia is a thorny tree with barks bearing a reddish shade, or a shade that is pale greenish in color. The tree bears feathery leaves, which are believed to protect the bark of the tree from dry winds.

~ An important identification feature of this tree is the two thorn-like projections, which grow at the base of the leaves.
~ The Red Acacia is also known for its bright yellow blossoms, which appear in the form of a cluster.
~ Medical uses of the tree may include reducing cholesterol levels, treating inflammation of the throat, and stomach inflammation.

~ Suited for the Mediterranean climate, the common fig (Ficus carica) tree is also listed among the plants of the Sahara.
~ The tree is capable of thriving in soil that is nutritionally poor and is tolerant to seasonal drought, thanks to its deep-rooted system.
~ The reproduction of the fig tree depends on the pollination carried out by a certain species of wasps.

~ The doum palm (Hyphaene thebaica) is another plant of the Sahara Desert that grows along the Nile River.
~ It bears an edible red-orange oval fruit, whose taste resembles that of gingerbread, and thus the tree is also called “gingerbread tree.”.
The importance of the doum palm can be gauged from its versatile uses; no portion of this plant goes to waste.

~ The white nut of the plant’s fruit is made into buttons by the natives.
~ Then comes the rind of the fruit, which is used in preparing molasses, sweetmeats, and cakes.
~ Lastly, the leaves of the palm are used for making paper and mats.
~ The doum palm has medical uses as well. The nut of its fruit is grounded to dress wounds and an infusion of the fruit is believed to help manage high blood pressure.

~ The soil of the Sahara Desert is home to a drought-resistant herb called thyme (Genus: Thymus).
~ Apart from being a major food source for the animals of the desert, thyme is commonly used in African and Middle Eastern cuisines.
~ Medicinally, this herb is used for treating indigestion, respiratory infections, and spasms.

~ Another species of plants that can be found in the Nile valley and at a few oases is the olive tree (also called Laperrine’s olive tree).
~ The olive tree is an important plant in the Sahara desert’s ecosystem.
~ Even commercially, it is important, as its fruits are used to extract oil and are used in cooking as well.

~ In the Sahara, the date palm is not only an important food source, but it is also a commercial crop.
~ Also known as Phoenix dactylifera, this plant can attain a growth of 70-75 feet and bears dates, each of which can pack up to 70 calories.
~ In the Sahara, the natives are known to feed their camels, horses, and dogs with dried dates.

~ Along with the fruits of the date palm, which find extensive use in the production of syrup, vinegar, and alcohol, the leaves of the tree are also brought to good use by the natives.
~ They use the leaves to make furniture and baskets.

~ Also known as Nerium oleander, the plant is an evergreen shrub.
~ Although the shrub is widely cultivated in the Sahara, it has a sporadic growth.
~ The shrub bears flowers, which can be white, pink, or red in color.
Oleander is known for its rapid growth and sweet scent.
~ Furthermore, it is a commonly grown indoor plant and one of the most poisonous houseplants too.

Other Types of Vegetation in the Sahara

~ This desert plant, commonly referred to as colocynth, bitter apple, etc., bears gourds (not edible ones), which are roughly the size of small melons.
~ It contains a milky sap, which is used as an antidote to scorpion bites by the local people.

~ It also has detoxing and healing properties.
~ It is easy to spot, since it is a ground-creeping plant.
~ The oil obtained from its seeds can be used for making medicines and soaps.

~ It grows up to 18m and thrives on saline or alkaline soil.
~ It is often used for firewood, carpentry, as well as for providing shade.
~ It also serves as a windbreaker.
~ It has small, scale-like leaves and racemes of white, pink, or red flowers.
~ It has deep-ranging roots and small, slender branches.

~ It belongs to the Ephedraceae family.
~ It is a dioecious shrub with richly-branched, erect stems.
~ It has very short leaves and flowers with 4-6 anthers.
~ The main activity of this plant is related to its alkaloids.
~ Its plants can be used for a number of medicinal purposes.

~ The scientific name for Magaria is Daisylirion wheeleri.
~ The tree has big, long roots for storing water for long periods at a time.
~ Its fruit is similar in size to the cherry.
~ The fruit is of a muted brown color and is typically dried.
~ This plant is used widely by the locals in the preparation of cakes.

~ It belongs to the family of Cyperaceae.
~ It is tall, leafless, aquatic, and can grow 13 to 16 feet high.
~ It has triangular green stems, which are topped by an even denser cluster of thread-like stems.
~ It needs moist soil and a sunny location for growth.
~ In the ancient periods, it was used for a number of purposes like cooking, boat construction, and as a fuel.

~ It belongs to the Poaceae family.
~ It grows in dense bushes up to 3.3 feet.
~ It has hairy roots, and it is tolerant to drought.
~ It is very useful for erosion control.
~ It is commonly known as Taman or Tuman.

~ It belongs to the Poaceae family.
~ It has innumerable species.
~ It is used as livestock fodder and has innumerable nutritional value.
~ It is also planted extensively to prevent soil erosion.
~ It is a crop of commercial importance.

~ It belongs to the genus Aristada and has about 300 species worldwide.
~ It has erect stems with basal or cauline leaves.
~ The leaves may be flat or rolled over.
~ It is a fast-growing plant that regenerates quickly.
~ It is commonly known as wiregrass.

~ It belongs to the Welwitschiaceae Caruel family.
~ It is a kind of harsh cactus.
~ It survives because of its extremely deep roots.
~ The roots go deep into the earth to absorb as much water as possible.
~ This plant can survive for a thousand years.

All these plants adapt to unreliable precipitation, excessive heat, and aridity of the Sahara desert. They are an important means of survival for the people and animals of the desert. Not only do these plants make up for the food supply, but they are a vital part of the people’s livelihood in the desert as well. 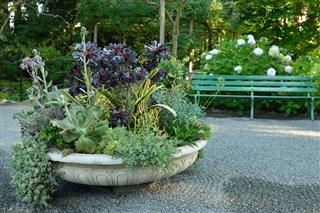 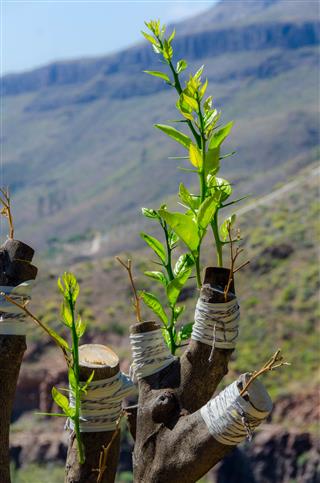 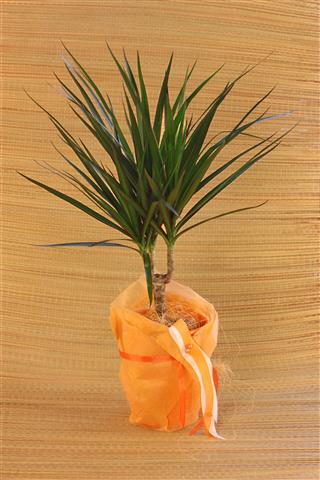