Have you ever wondered about the plants that grow in the desert? What are the different types of plants and their adaptations? Read this article on desert plants list and get to know about plants of the desert. 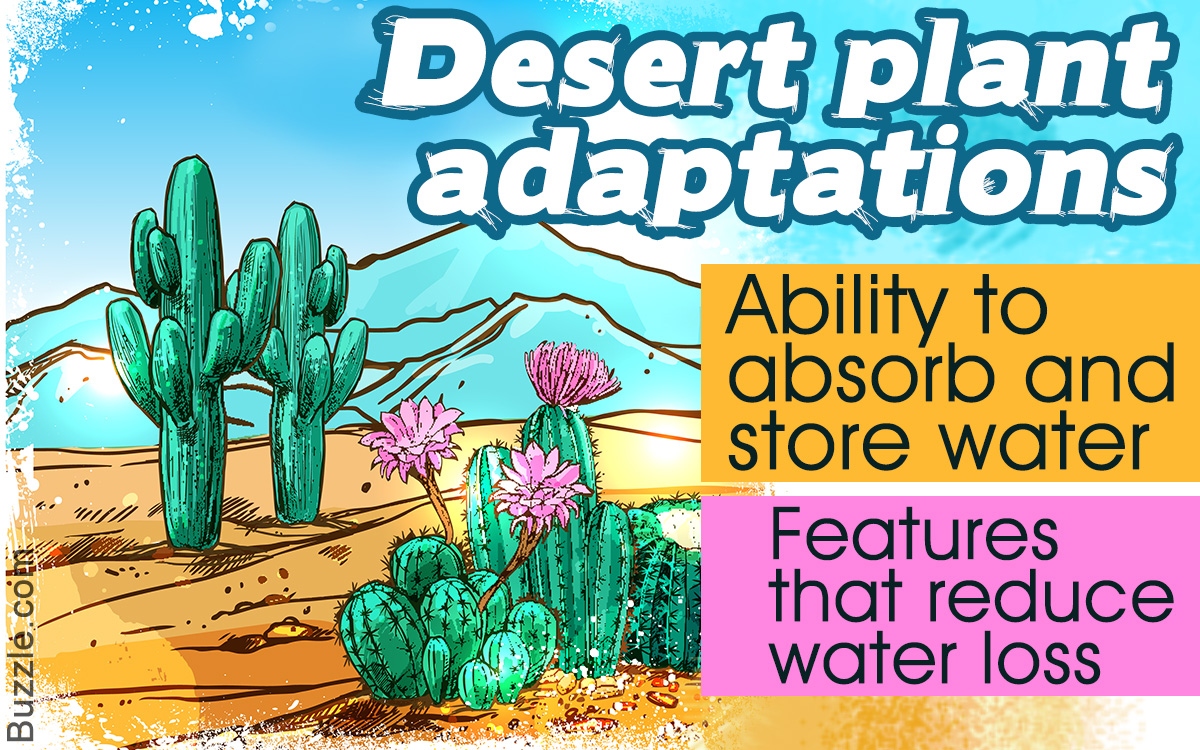 Have you ever wondered about the plants that grow in the desert? What are the different types of plants and their adaptations? Read this article on desert plants list and get to know about plants of the desert.

There are many types of plants that inhabit the Earth. In fact, almost one third of the Earth’s surface is covered with forests. Plants even survive in deserts, which have extreme climates. The plants that grow in the desert are known as xerophytes. Plants in the desert have a different adaptive technique to match the climatic changes of the desert. There are different desert plants that adapt to the hard, rocky and dry soil of the desert. Contrary to a common misconception that only a few plants are able to survive the harsh climate, the desert is one of the most bio-diverse ecosystems on Earth, with many species of plants and animals co-existing.

The common feature observed in desert vegetation is their outer appearance in terms of leaves, stalks and flowers etc. From a distance, the plant may appear to be dry, but on closer observation, one can notice that the plant is indeed surviving. Given below is a short, description about the different types of xerophytes along with their features

Cacti are the common plants found in deserts across the globe. In terms of its appearance the cactus is different from the rest of the plants, since they have differently formed stems and leaves. Unlike plants which have thick foliage and thin stems, the stems of this plant are thick and succulent. These plants are large in size and have an expandable stem that helps them to store water.

During the rains, water is absorbed by a large network of roots which is then stored in the ribbed, expandable stems. The leaves have been modified into thin spikes to reduce transpiration. The cactus plant has a long lifespan and grows very fast. Here are some of the species of the cactus plant.

Apart from the cacti, which flourish in abundance in deserts, there are also some species of plants, which have adapted themselves to survive the aridity of the deserts. The plants have very few leaves, which may normally be thin, to prevent evaporation of water. Though deserts normally do not have trees, a few of them, which have the ability to survive the harsh temperature changes, can be seen growing in the dirt. Here is a list of plants, shrubs and trees, which grow in deserts.

Deserts also have a plethora of wildflowers, with their attractive hues. Most of these species of wildflowers are perennial, i.e. they produce flowers all round the year. These plants reproduce using the method of pollination. The desert transforms into a spectacular display of color in the spring, when the flowers are in full bloom. Mentioned below are some wildflower species, growing in the hard, rocky and sandy soil of the deserts.

The plants growing in one desert may differ from those of the other. But the one single characteristic that is common in the life of xerophytes is the adaptation of these plants, in order to thrive in the extreme weather changes.

Given below are a few adaptation techniques in the flora of the deserts,

You can even grow a variety of desert plants as ornaments in your garden or in pots. This will improve the visual appeal of your home. 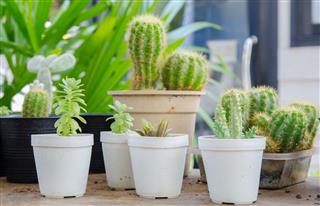 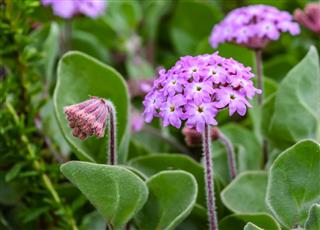 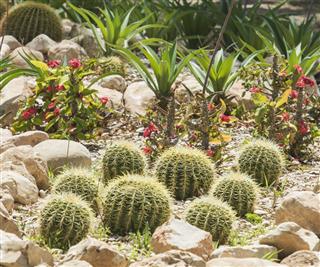