Interesting Meaning and Symbolism of a Magnolia Flower

The magnolia flower meaning is attached with the symbols of nobility, perseverance, and love of nature. Soft and subtle in color yet strong in appearance, the flower is representative of the beauty encompassing femininity and gentleness. Often men prefer to gift their female partner the magnolia flowers, as an appreciation of their beauty.

The magnolia flower meaning is attached with the symbols of nobility, perseverance, and love of nature. Soft and subtle in color yet strong in appearance, the flower is representative of the beauty encompassing femininity and gentleness. Often men prefer to gift their female partner the magnolia flowers, as an appreciation of their beauty. 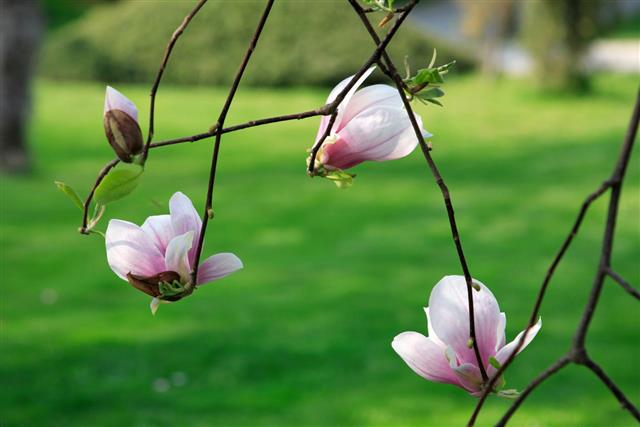 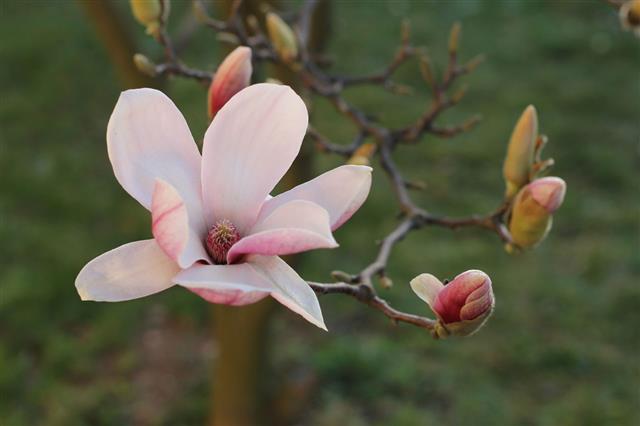 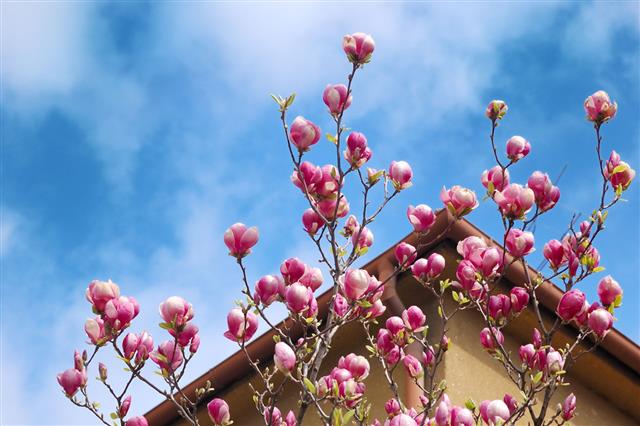 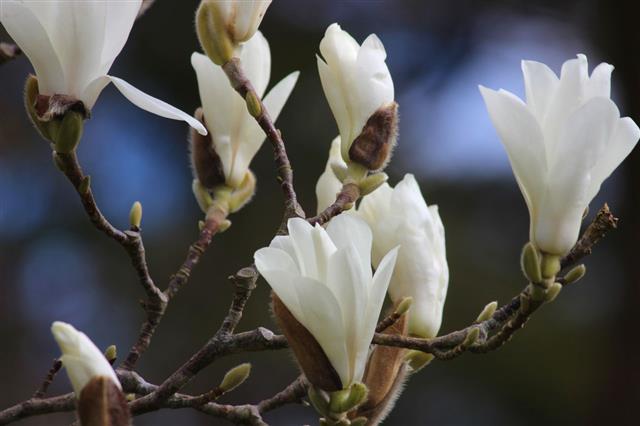 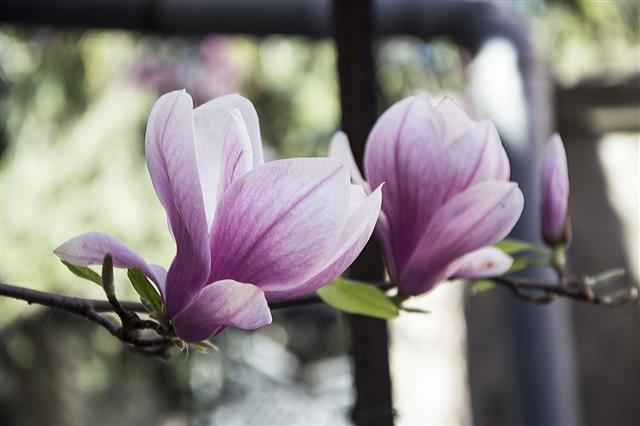 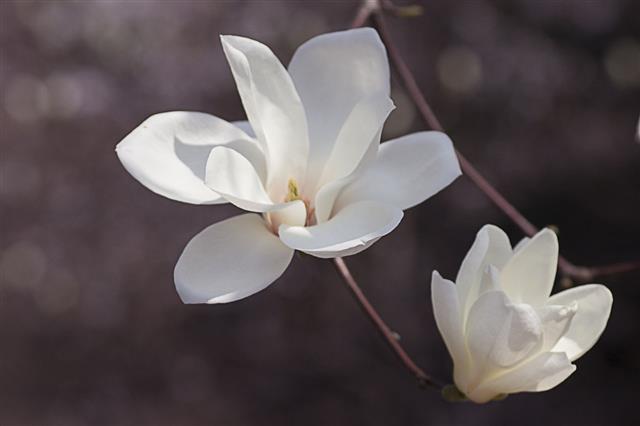 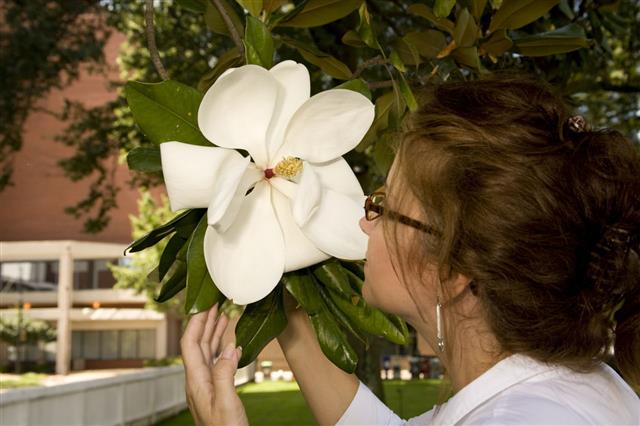 Magnolia flowers came into existence long before the bees did, and therefore, they were pollinated by beetles.

The magnolias are an extremely attractive variety of flowers that are not easy to miss, given their rather large size. These fragrant blooms are most commonly associated with the color white, though they come in a variety of other colors as well, including pink, mauve, peach, yellow, lavender, and purple. Interestingly, the flowers of the magnolia tree do not have petals and sepals like other flowers; instead they are composed of tepals which are leaf-like, petal structures. These tepals form around 6-12 cup-like structures.

Even though the magnolias are extremely attractive (and this fact alone could suffice for their popularity), what draws attention to them, in addition to their beauty, is what these flowers represent and the significance of these in different cultures.

How the Name Came to Be

The magnolia tree was discovered by a French botanist, Charles Plumier, on the island of Martinique (France). Locally referred to as ‘talauma’, he gave the species the genus name Magnolia, after Pierre Magnol, another famous French botanist. After Plumier, it was William Sherard, an English botanist who began using the genus name magnolia and adopted the same.

The magnolia flower meanings are both, interesting and intriguing and have a rather fascinating history associated with them. Their meaning varies according to the different cultures and locations, because the magnolia plant varieties are native to both, Asia and the Americas.

Of the many interesting facts about the magnolia flower, the most striking one is that it is a very old flower. In fact, there are fossils dating back 20 million years that show that the flower has been gracing Earth since the very beginning of time, so to say.

The magnolia is a very tough, hard flower, unlike other delicate flowers. This is owing to the fact that it has had to adapt to changing climactic and geological conditions in order to survive, and it is precisely due to this feature that the flower represents endurance, eternity, and long life.

The magnolia flowers bloom boldly and are large in size, add to this their subtle, yet pleasing colors and they make for a thing of beauty. But what really enhances their beauty further is the distinct fragrance that they emanate―all these features lend them the meaning of splendid beauty and magnificence.

Magnolia flowers are available in a variety of colors and each color lends to a different meaning. Here is how they are represented.

These flowers stand for purity and perfection.

These stand for joy, health, luck, and good fortune.

These send out vibrations that help in achieving wishes of luck and health.

In China, the Jade orchid or Magnolia denudata, has been cultivated for thousand of years. The magnolia flowers mean ‘certainly’ when they are used at the beginning of other sentiments along with other symbols. In China, magnolia flowers are symbols of purity and nobility.

In Japan, the magnolia is used as a medicinal and ornamental plant. The flower is called Hanakotoba in the Japanese system of flower meanings. This means that the flower is sublime, natural, and shows love for nature.

During the Victorian times, the magnolia flowers symbolized dignity, nobility, poise, and pride.

The strength of its bloom is also symbolic of self-respect and self-esteem.

Since these flowers represent durability, strength of character, and bearing, they are widely used in weddings.

Magnolias are also associated with the life force and therefore can be sent over on the occasion of birth.

These flowers also represent a love of nature.

For the plethora of positive symbols that the magnolia flower is associated with, and the classic beauty that it represents, it comes as no surprise that the magnolia is a very popular choice of flower for several occasions and functions. So the next time you’re holding a magnolia flower, you’ll not only be handling a thing of beauty, but one of symbolic significance as well. 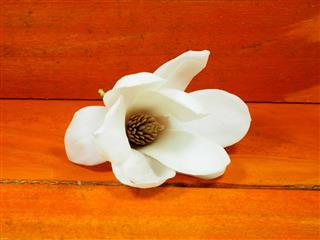 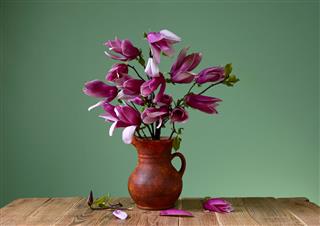