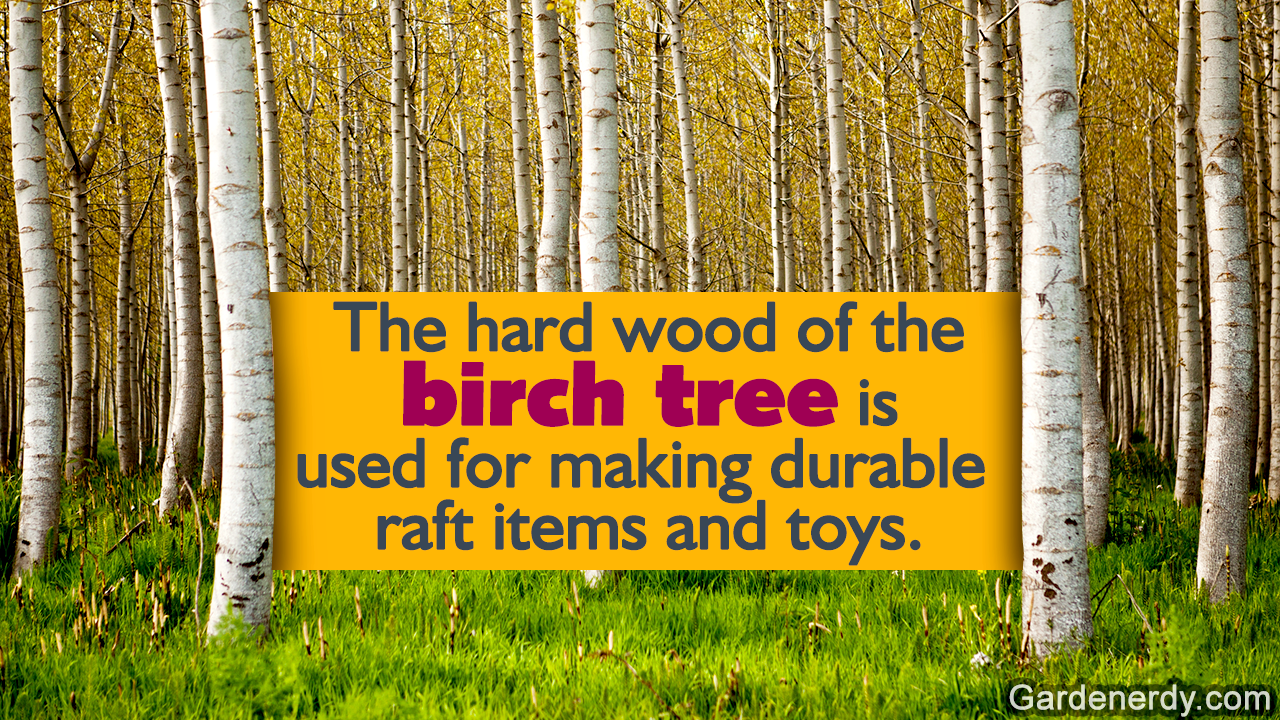 Birches are also known as ‘pioneer species’ due to their ability to grow on uncolonized lands. Heathlands or dwarf-shrub habitats face a major threat from the advancing birches if their (birch) saplings are not grazed in a timely manner.

Birch belongs to the genus Betula and is grouped under the Betulaceae family. These are medium-sized plants which grow 40-50 feet tall. Leaves of the birch can be either pointed or toothed. The type of fruit bore by the birches is known as ‘samara’. The samara fruits are formed of papery/fibrous tissues which develop from the walls of ovary.

Some of the useful facts and details about the birch tree are listed below.The name, ‘birch’ has originated from a Germanic term, birka. ‘Betula’ (genus of birch) is a Latin word. The birch needs a well-drained and preferably, sandy soil for its healthy growth. The soil has to be rich in organic matter. Birch tree is mainly found near water sources. One of the reasons behind this is its shallow root-system. Types of the birch commonly found in nature are Yellow Birch, European White Birch, Gray Birch and Paper Birch.

The birch tree exhibits a lacy appearance owing to its deeply cut leaves and twigs which drape the branch endings, thereby giving it a weeping form.

Flowers are borne on clusters having three flowers each. Clusters are present in the axils of scales of erect or drooping aments. Flowers (aments) of the birch are also referred to as catkins. 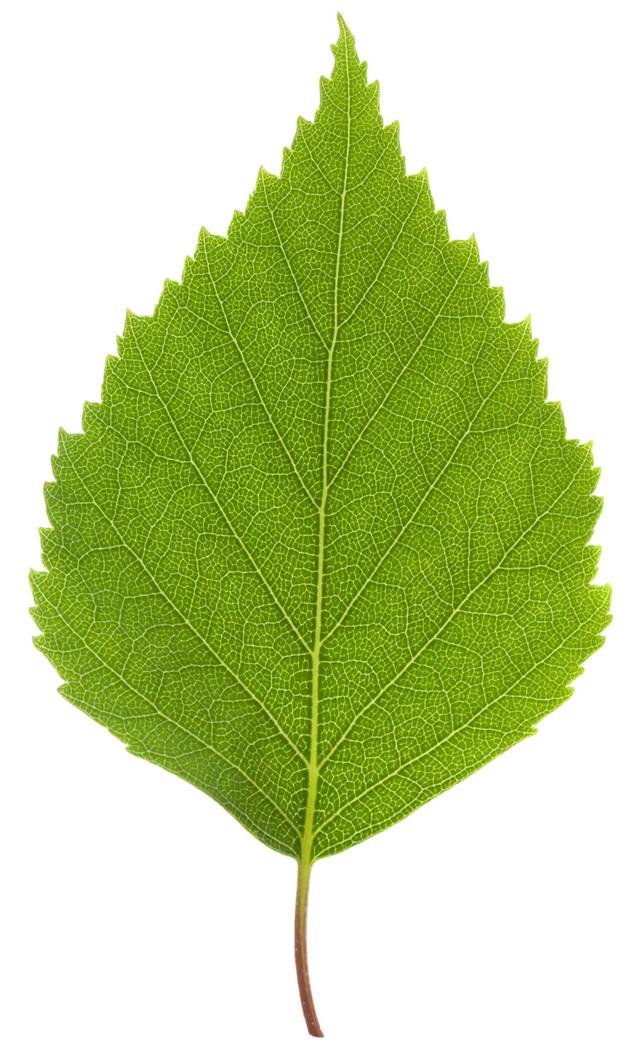 Leaves of this tree have an elliptical shape.

Most birches, except for Paper birch and River birch need low pH soils for a healthy growth.

The major birch tree diseases which can hamper their growth are – leaf blister, birch anthracnose, birch canker and wetwood/slime flux. In Birch Anthracnose, the irregular-shaped and brown-colored spots (with dark brown margins) appear on leaves. In such cases, spraying of appropriate fungicides help in birch tree care.

In the diseases like slime flux and bacterial wetwood, anaerobic soil bacteria infect the heartwood. These bacteria feed on wood and release carbon dioxide, methane and fatty acids. Draining the liquid on the ground by means of a tube is one of the solutions to control the problem. Raising the pH levels also helps prevent the heartwood from rotting.

If you are thinking about planting a birch in your backyard, the ‘Heritage Birch’ should prove to be a good choice. The heritage birch is hardy and you won’t have to worry much about pest control.

Fertilizers and Mycorrhizal fungi kits available in the market can be used for proper care of the birch. The birch tree attains a vigorous growth with the help of such nutrients.

The maximum height that a Silver birch can attain is 30 meters.

Average lifespan of the birch is 40-50 years. In favorable conditions, this tree can live for as long as 200 years.

Since the birch wood is hard, you can use it for making durable craft items and toys.

Here are few interesting facts about the birch tree.

Silver birch tree is considered the tree of enchantment and is known by the name, Lady of the Woods.

The wood of birch tree catches fire even if it is wet.

Bark of the birch can be used for making canoes and other wooden items.

Certain kinds of oils present in the bark of birch prevent it from decomposing, even if the other/remaining part of the tree (wood) is rotten.

Birch is the national tree of Finland. In Finland, birch leaves are used in the preparation of tea.

In olden times, beer and wine were prepared from birch in many countries.

The birch sap is used as a substitute for sugar in Lapland and Sweden.

The bark of the birch tree has medicinal qualities to cure stomach pain.

The Black birch is known by different names like Cherry birch and Sweet birch. This tree produces strong wood which is suitable for making hardwood flooring and furniture items.

The Paper birch is named so because its wood is used to make paper.

Birch is Russia’s national tree and the state tree of New Hampshire (USA).

Leaves: The leaves of birches have an elliptical shape. They are characterized by a serrated margin. The margin is either singly or doubly serrated.

Bark: The bark of birch can be peeled off by making lateral cuts. It is one of the specialty of these plants. There is one exception though, the Gray birch; its bark doesn’t peel.

The birch is one of the important plants found in temperate regions. The birch provides us with its precious wood and other derived products. Over the years, the birch has helped improve our quality of life and it continues to do so. 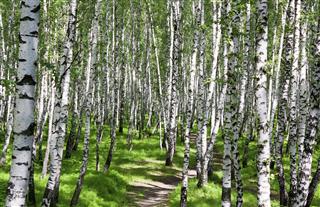 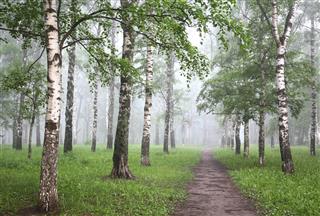