Vinca major and Vinca minor, the popular ornamental plants, are known for their dense glossy evergreen foliage and delicate purple-blue flowers. What's the difference between these two species? This Gardenerdy article provides the answer.

Vinca major and Vinca minor, the popular ornamental plants, are known for their dense glossy evergreen foliage and delicate purple-blue flowers. What’s the difference between these two species? This Gardenerdy article provides the answer. 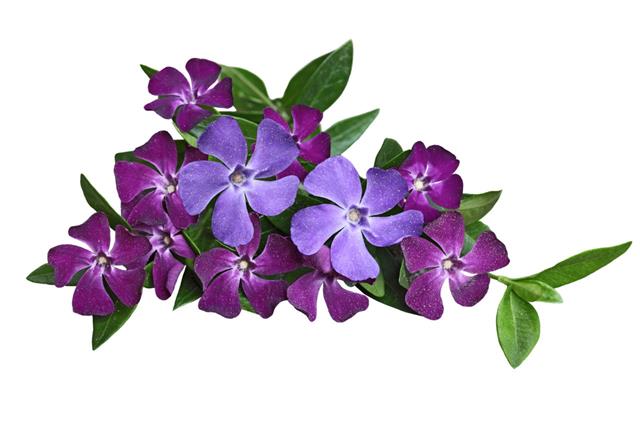 Both Vinca major and Vinca minor, the herbaceous evergreen perennials, belong to the family ‘Apocynaceae.’ These are commonly known as ‘vinca’ or ‘periwinkle.’ The scrambling, trailing vines of these plants spread along the ground and form dense masses. So, they are widely used as groundcovers. Their arching stolons root wherever they touch the ground. Thus, they spread easily and rapidly. These non-climbing plants form extensive mats along forest floors. Small eye-catching purple-blue periwinkle flowers can enhance the beauty of a garden.

As the names suggest, all parts, including flowers, of V. major are larger than those of V. minor. The main difference between Vinca major and Vinca minor is that the leaves of V. major are slightly broader, larger, ovate, or heart shaped, while those of V. minor are small, elongated, lance-shaped. This can help identify the species. However, if you observe closely, you will see that the leaves of Vinca major have hairy margins, whereas V. minor leaves have hairless margins. Learn more about the differences between these two species with the help of the following table.

Both Vinca major and Vinca minor should be pruned hard in early spring. Pruning promotes new growth and also helps control the spread of the plants. Both these species can be planted in beds, borders, and containers. Usually, they are used as groundcover. When planted on slopes, they help control erosion. Growth of these plants leads to smothering of weeds. Thus, they also help control weeds in the garden. However, once established, they are difficult to get rid of. As they are fairly deep-rooted, you may have to dig them out.