Learn How to Fix a Solar Light With These Simple Steps

A good looking solar light can be a great add to your home's backyard or yard. They work for quite a while before they, like all electronic devices, break down. Here's a few tips to making them work again. 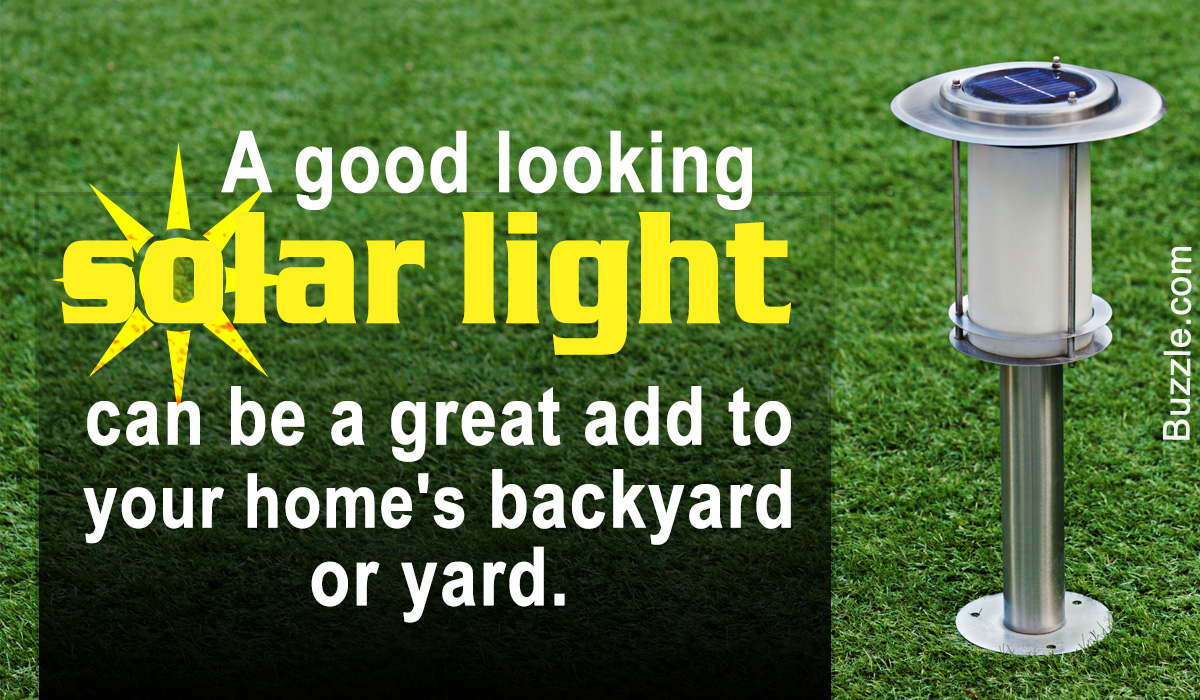 A good looking solar light can be a great add to your home’s backyard or yard. They work for quite a while before they, like all electronic devices, break down. Here’s a few tips to making them work again.

The solution to any problem lies in its assessment. That is exactly what we need to do in this case too. To know what’s wrong with your solar yard light, you need to know what makes a solar light.

The casing on the outside protects the equipment on the inside. The glass on top is designed to let in all the sunlight for the photovoltaic cell to soak it in and for the LED to glow effectively in the dark. The photovoltaic cells may be inside the glass or on top of the case, depending on what model you choose.

The LED is under the glass case, inside a cylindrical glass designed to refract the light as brightly in all directions. It is connected to the batteries and the light sensor.

The batteries in a solar light are generally single AA NiCad batteries. They are rechargeable and pretty good for jobs like these.

The sensor is nothing but a simple photoresistor that cuts a circuit as long as sunlight falls on it. When it gets dark, the sensor stops and the circuit between the battery and the LED is complete, lighting it up.

Everything is mounted underneath the top cover as a single unit.

Now that we know what’s in a solar light, we can get to fixing it. There are some visual results that you can use to know exactly what’s wrong with the light, things like:

Probably the simplest thing to do that might solve your problem. It can sometimes happen that dust and dirt will settle on top of the LED, dimming it, or on the sensor, making it malfunction. Another problem with the sensor is that if the transparent coating on it is not top grade, it will slowly turn opaque due to direct exposure to sunlight.

The easiest problem to fix. Clean the battery contacts and replace the battery in its casing.

The problem here is you won’t really know for sure which one is really to blame. You may replace the sensor only to realize the LEDs blown, or the other way round. There is one fix that you can do with the sensor that may help you decide.

The thing with solar lights is, most of them are made cheap and sold cheap, even if it’s in an attractive case. But the essence of buying a solar light is to reduce one’s carbon footprint, so it would be good to fix the problem rather than buy a new light.