Snowdrops are bulbous herbaceous perennials of the Amaryllidaceae family. One of the well-known of all cultivated bulbous plants is the common snowdrop (Galanthus nivalis). This Gardenerdy post tells you about the symbolism of the snowdrop flower.

Snowdrops are bulbous herbaceous perennials of the Amaryllidaceae family. One of the well-known of all cultivated bulbous plants is the common snowdrop (Galanthus nivalis). This Gardenerdy post tells you about the symbolism of the snowdrop flower.

Homer’s epic poem, Odyssey says that the god Mercury (Hermes) gave Ulysses a herb known as Moly, which made Ulysses resistant to the forgetfulness poisons of the witch Circe, and destroyed the amnesia that Circe had imposed on his crew. It was suggested that the moly was really a snowdrop.

The snowdrop is an early flowering bulbous plant. It is a genus of around 20 species, and belongs to the family Amaryllidaceae. It is native to Europe. The flowers hang down loosely giving the impression of modesty. They have a creamy white color. The leaves are narrow, long, slender, grass-like, and bluish-green in color. They can survive in any type of soil, but they grow well in rich and moist soils. They herald the coming of spring and end of winter. Snowdrops have been seen as a symbol of purity and hope since a very long time. Because of the similar appearance on all their species, there are only two species cultivated; the Galanthus elwesii, or the giant snowdrop, and Galanthus nivalis, or the common snowdrop.

The practice of having symbolic meanings for flowers began many years ago and it continues to amuse mankind even today. Let us see what snowdrops symbolize.

Also known as Fair maids of February, Mary’s tapers, Snow piercer, Dingle-dangle, Bulbous violets, Emblem of early spring, or Candlemas bells, the snowdrop symbolizes hope and the beginning of something new. This is because it blooms at the end of winter and is a harbinger of spring. The blossoming of the snowdrop tells us that winter is slowly transforming into spring. Hence, the snowdrop symbolizes hope. It is the hope that the harsh winter will be over soon and warmth will come into our lives.

Snowdrops also express sympathy, purity, optimism, and virtue. It is believed to help in overcoming the feeling of despondence and instill new confidence and courage within our minds. It is said to be of help in getting rid of pains and grievances of the past, and create an opportunity for happiness.

Due to the low growing patterns of snowdrops and for the fact that they grow in cemeteries, many people think that these flowers represent death. So, bringing this flower home is considered unlucky.

There is a story about the origin of snowdrops. Adam and Eve had disobeyed God by eating the forbidden fruit. So they were outcast from paradise, Garden of Eden by the Angel. They sat outside the Garden of Eden in the lonely wilderness where no flowers blossomed and no birds sang. The earth was barren and unembellished. The trees were without fruits or flowers and the grasses were brown and dry. The snow continued to fall. Adam and Eve remembered the beautiful greenery and the colorful flowers of the garden which had once been lovely to stay in. Eve shivered due to the bitter cold and sat sobbing. God in heaven looked down and saw Eve weeping. He took pity and sent an angel to watch over them. The angel appeared to console Eve. The angel took a handful of snowflakes, ordered them to become flowers once they touched the earth, and blew them. As the snowflakes came in contact with the earth, they sprang up into beautiful white flowers. Eve smiled in joy as she saw the flowers bloom. The angel told Eve, “Take heart, dear Eve, be hopeful and despair not. Let this little snowdrop be a sign to you that the summer and the sunshine will come again.” A number of snowdrops sprang up in the snow. This is how the snowdrop came to be a symbol of hope and of the promise of the end of winter and the arrival of spring.

Another legend says something different. It says that when God was creating the world in six days, a lot of decisions were to be made and different characteristics were to be given to each creature and each place on earth. There seemed to be a dearth of colors or imagination, or a hurry for all things to be created in those few days. So the snow and winds were colorless. When the rains were created, the snow and wind had to be kept away. The snow refused to withdraw itself after winter and hence all the forests and fields were covered by snow. God told snow to ask a plant for some color. However, the plants refused. The snow was very upset with this and joined the wind to bring heavy snowstorms on earth. A small flower took pity on the snow, approached it and offered her white color, which the snow was touched by. The snow thought the white color was unique and beautiful. That the flower expected nothing in return, its generosity was rewarded. The snowdrop was the only flower allowed to grow in the snow, bringing the promise of spring to the world. The flower was extremely happy and called herself ‘snowdrop’.

✿ The snowdrop has the ability to melt the snow around it as it produces its own heat. The hope for new warmth comes due to its blossoming time as well as its heat.

✿ The Latin name Galanthus, signifies Milk flowers. A snowdrop looks like three drops of milk hanging from a stem. Nivalis is a Latin word meaning relating to or resembling snow.

✿ The flowers are pure white with drooping nodding heads. The term ‘drop’ is believed to mean earrings rather than a snow fall.

✿ Snowdrops are native to a large part of Europe which includes Switzerland, Austria, and Southern Europe.

✿ Most of them flower in winters, but some blossom in late autumn or early spring.

✿ Although there are many varieties of snowdrops all over the world, all of them are white flowers.

✿ Snowdrops are a source of nectar for winter insects.

✿ The common snowdrop contains an alkaloid called galanthamine, which has been approved for use in the management of Alzheimer’s disease.

✿ Snowdrop is a flower for birthdays celebrated in the month of January. 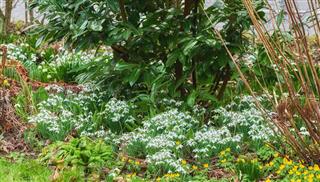 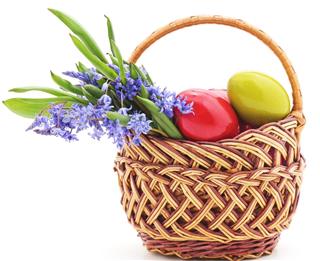