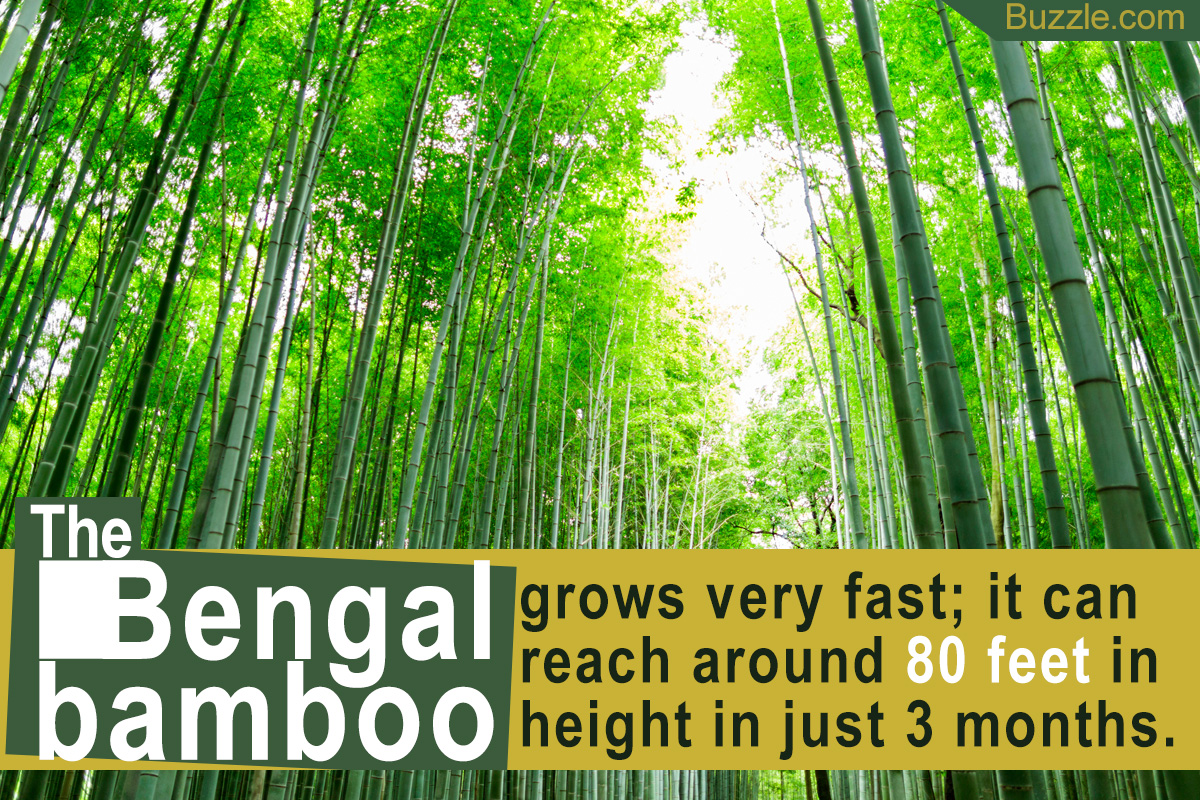 The Bengal bamboo is known to grow at exceedingly quick speeds. In fact, when the plant is young, it can sometimes grow 3 feet in less than a day. Due to this, it is rumored that Japanese soldiers used the plant as a method of torture in World War II, by growing it through their prisoners bodies.

Also known as the Calcutta cane or spineless Indian bamboo, the Bengal bamboo (Bambusa tulda) is an important grass plant to many cultures across Asia. It is culturally very significant, and also has many practical uses. This large species is characterized by long, thick, green canes, and may have 2 – 3 sections which are yellow. Its green leaves are long and narrow, and grow on opposite sides of the stem. The plant thrives in warm and moist tropical climates, and compared to other bamboos, it is easy to grow and maintain for landscape gardens.

This species of bamboo grows as an undergrowth in southeast Asian rainforest areas. The trees in these areas are tall and have wide canopies, which do not allow any sunlight to penetrate to the forest floor. This means that, as a young shoot, the bamboo plant may not get enough water and sunlight. To counter these adverse conditions, the Bengal bamboo has several structural adaptations which enable it not only to survive, but to thrive and reproduce at an exceptionally fast rate.

How Do Bengal Bamboo Plants Reproduce?

Although the plant is a popular choice for roomy landscape gardens, the flowers and seeds are not easily available, and the Bengal bamboo may not flower for stretches of 10 – 30 years at a time. Therefore, the preferred method of reproduction is for the root-like rhizomes to spread underground and produce new shoots, which eventually grow as separate plants.

In rare cases, when the plant does produce seeds, the reproduction process begins with the emergence of flowers on the end of its stalks. The pollen in these flowers can spread by the wind and insects, or be used to self-pollinate the same flower. This results in the production of seeds in the flower head. These seeds can grow into new plants once they mature. However, the immense amount of energy and nutrition put into creating flowers and seeds proves to be too much of a burden. In such cases, the chances of the plant dying are quite high.

Uses of the Plant 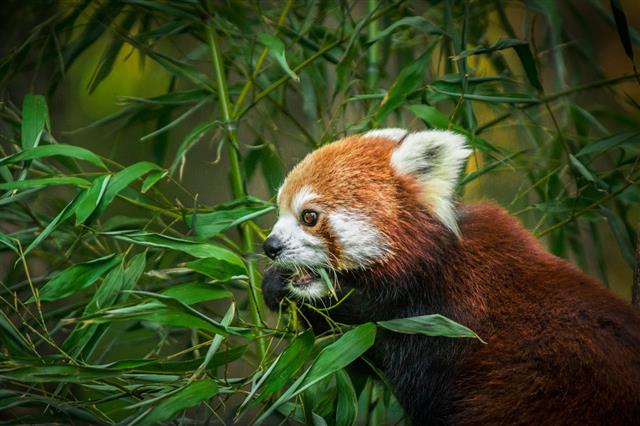 Despite its high growth rate, the pressures of providing for the ever-increasing human needs has taken its toll. It is estimated that over an acre of Bengal bamboo forests are cut down every second. Therefore, this species is now considered to be endangered. Its large number of potential uses makes it essential that conservation efforts are made to protect this amazing plant.