Beautify Your Landscape With a Sumac Tree

Most of the sumac species are used for landscaping purposes, as they have a bright fall foliage. But some species (like poison sumac) are toxic and can cause severe allergic reactions.

Home / General Gardening / Beautify Your Landscape With a Sumac Tree 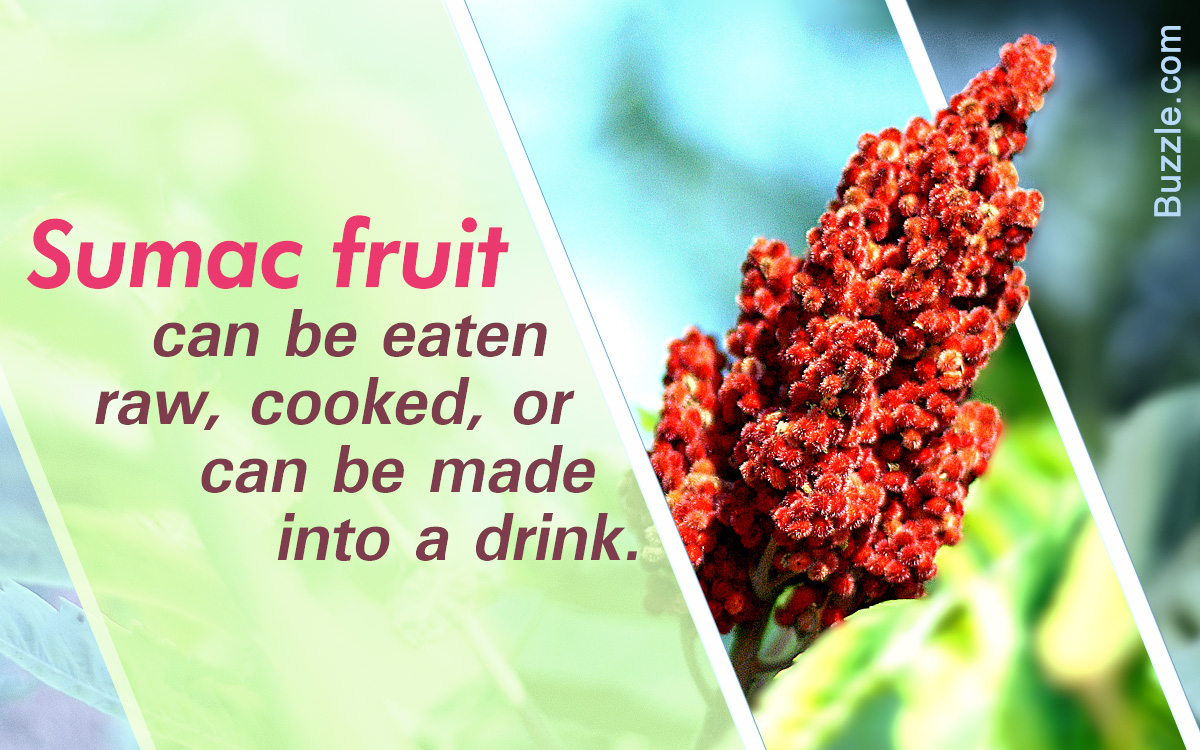 Most of the sumac species are used for landscaping purposes, as they have a bright fall foliage. But some species (like poison sumac) are toxic and can cause severe allergic reactions.

Commonly found in North America and Africa, sumac trees grow abundantly in the wild. They are also used for ornamental purposes, due to the attractive fall foliage color. Sumac trees that belong to the genus Rhus and the family Anacardiaceae, are usually found as tall shrubs or small trees. There are approximately 250 species of flowering plants that are known by the name sumac. They are used for various purposes besides being an ideal tree for landscaping. However, the popularity of the sumac tree is somewhat marred by some toxic species, which can cause severe skin irritation and rash, if touched. Many people simply prefer to stay away from the sumac for this very reason. However, not all sumac trees cause allergic reactions. So, it is always better to have a basic understanding about the features of common sumacs, including the toxic ones.

There are several species or varieties out of which the most common types are the smooth sumac tree, staghorn sumac, poison sumac, poison ivy, and fragrant sumac.

It grows to a height of about 10 feet. It bears alternately arranged leaves with serrated edges, which change to a crimson hue when fall approaches. Smooth sumac produces small green clusters of flowers in spring, which later in the year give way to bright-red berries that last all through the colder months.

This shrub possesses hairy stem and branches, and jagged leaves. The tree is called ‘staghorn’, due to its hairy and velvety stem and branches, that resemble deer antlers. It can attain a height of about 18 to 34 feet. The plant is highly adaptable and can grow anywhere, but prefers to grow in dry soil. It produces conical clusters of red drupes towards the end of the branches.

This is said to be one of the most toxic plants in the United States. This tree grows mainly in wetlands and swamps. Its leaves are smooth, broad and pinnately compound with smooth margins. An extremely poisonous plant, contact with its leaves and stems can cause severe itching and swelling in humans. The poison sumac does not possess hair on its stem and branches and this can help to identify it from the staghorn sumac. Another feature is the whitish gray berries.

This plant is found all over Canada and North America, and grows copiously as shrub and groundcover in all types of soils. The leaves have a smooth texture and are divided into three leaflets, growing in an alternate sequence on the vines, which are covered with a reddish fuzz. The flowers are pale yellow and the drupes white in color. Like poison sumac, poison ivy can also cause intense allergic reactions in humans if they come into contact with any part of the plant.

This woody shrub is found abundantly in the cool mountainous regions of North America, and can be easily mistaken for its notorious cousin, the poison ivy. The differentiating feature is fragrant sumac does not bear a petiole like poison ivy. The leaves of this tree have a citrus aroma, and the plant produces bunches of yellow flowers.

Sumac trees usually produce flowers in spikes or panicles, that can be 5 to 30 cm in length. The flowers are quite small, but can come in an array of colors, from creamy white and slightly greenish to red. The plant bears fruits or berries in dense clusters of drupes, which are also called sumac bobs. The drupes or bobs of non-poisonous sumacs are red, whereas the color of the bobs in poisonous species is white. Another distinguishing feature is that the berries of poison sumac trees hang down, while those of the non-poisonous sumacs grow upright.

The main attraction is its fall foliage, which makes it ideal for landscaping purposes. The tree can truly create one of the best spectacles in the fall, when its leaves turn bright red. Sumac trees can be grown in several types of soil, from clay loam, sandy loam to clay. They can also be grown in medium loam soil. In general, sumacs would grow well in a planting site with well-drained soil, and which receives partial to full sun. Sumacs are basically drought resistant plants. But still, regular watering is recommended, especially if it is planted in the summer or in the low rainfall season. At the same time, it is also important to avoid over-watering the plant, as this will simply rot the roots.

This tree usually do not require fertilization. But still, you can fertilize the plant after properly evaluating the status of the soil nutrients. In addition to proper watering and fertilization, pruning is another important aspect of plant care. The ideal time for pruning is the spring time. Remove all the dead branches, along with those that cross each other, from spring to summer. Also prune back the suckers to maintain the shape of the tree.

Sumac trees are usually easy to prune and care for, due to their small size. The plant requires minimal care and maintenance. Besides this, the plant with its brilliant fall foliage can truly enhance the look of a landscape. However, while considering sumac as a landscaping plant, avoid the poisonous species, which are harmful to touch. 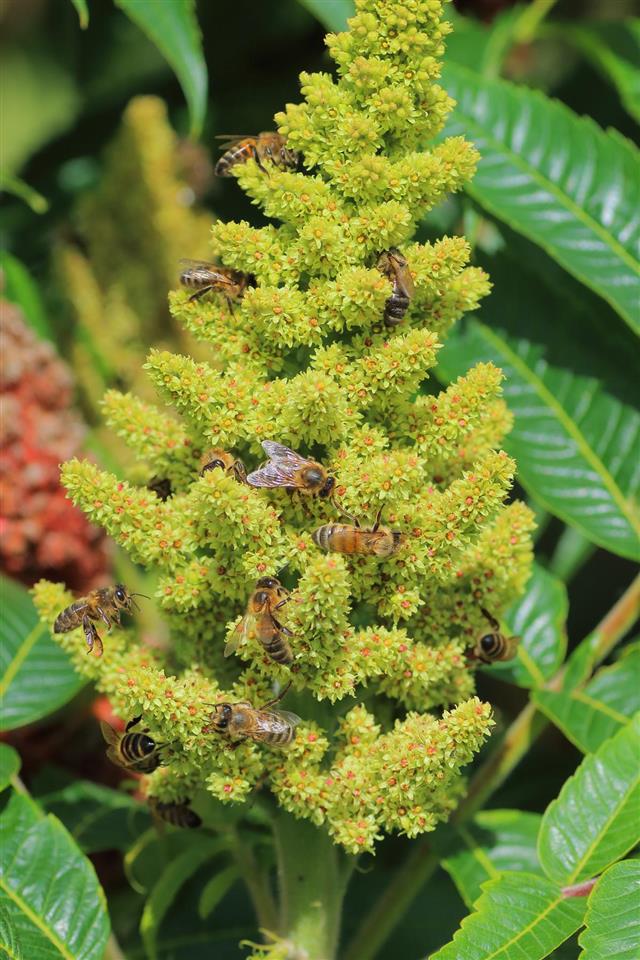