Snapdragon: Meaning and Symbolism of This Beautiful Flower

The snapdragon flower attracts the attention of many due to its colorful variants and a unique shape, that gives it an all the more unique name. We'll help you see this flower from a different perspective by explaining its symbolic importance.

Home / Uncategorized / Snapdragon: Meaning and Symbolism of This Beautiful Flower 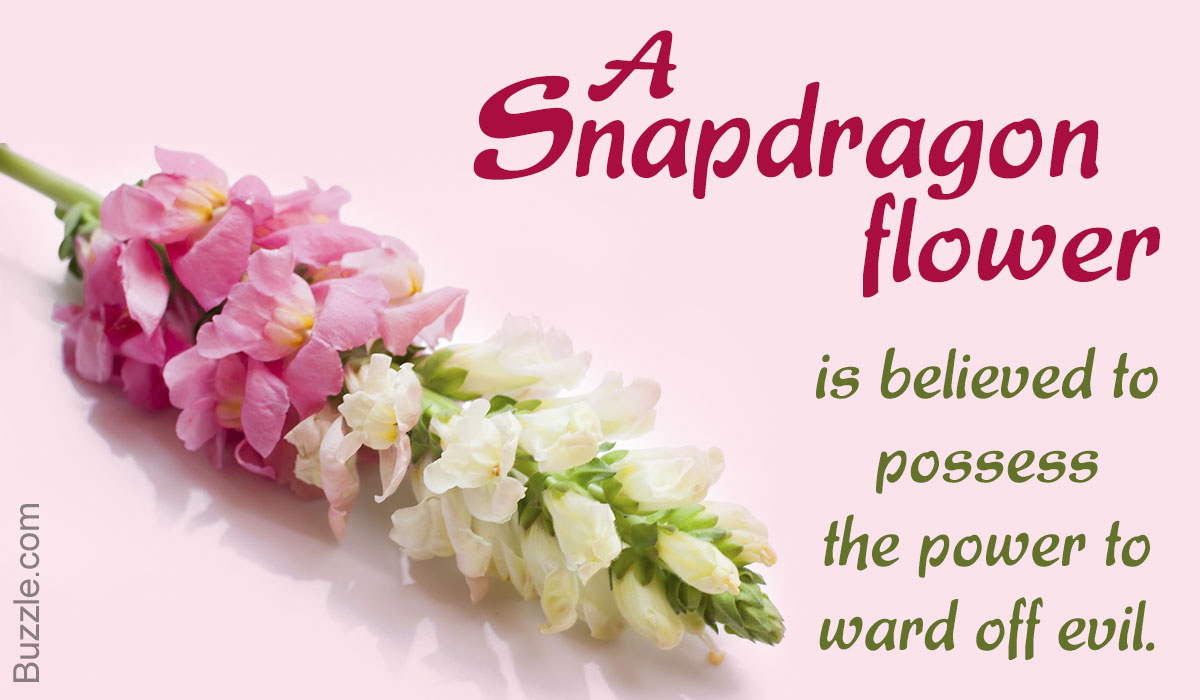 The snapdragon flower attracts the attention of many due to its colorful variants and a unique shape, that gives it an all the more unique name. We’ll help you see this flower from a different perspective by explaining its symbolic importance. 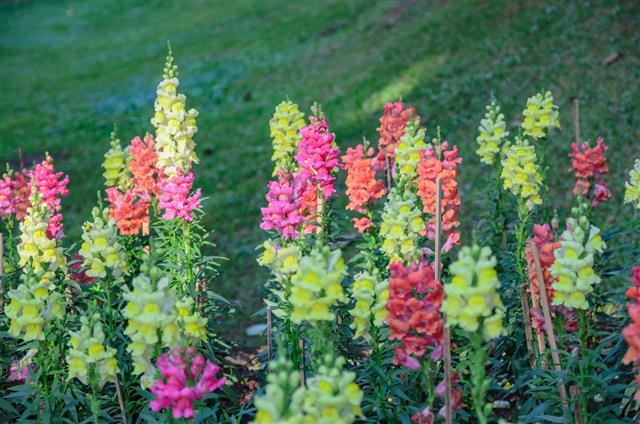 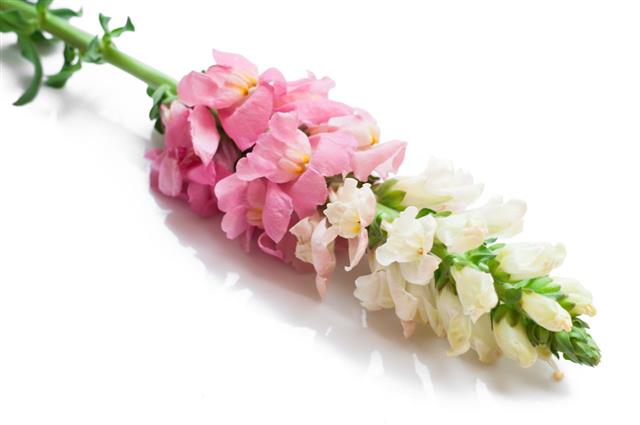 Why is it called ‘Snapdragon’?

Quite a peculiar name, isn’t it, especially for a flower? The name comes from the look of this flower when it is squeezed from the sides. It looks pretty much like a dragon opening and closing its mouth. Hence, it is so named.

A Snapdragon is also known as ‘dragon flower’ or ‘Antirrhinum’. The word Antirrhinum is derived from the Greek language. The words that together form this name include, ‘anti’ (αντί), meaning ‘like’; ‘rhis’ (ῥίς, ινοϛ), meaning ‘nose’; and ‘inus’ (-ινοϛ), meaning ‘of’ or ‘pertaining to’. Therefore, in a nutshell, the word means “like a nose”, which most likely goes with the nose-like snout that it has.

Not much information is available on the history and origin of this flower, however, it is widely presumed that it grew in the wild, in the regions of Spain and Italy. A snapdragon makes a great addition to a bouquet, garden, or even hairdo! In fact, flowers have always been used to accentuate the environment with their presence. What makes Antirrhinum an all the more special species of flora is the various colorful varieties that it has to offer. Right from pink to orange to purple to yellow to white, this flower species can give you more color options than a rainbow!

What Does the Snapdragon Flower Symbolize? 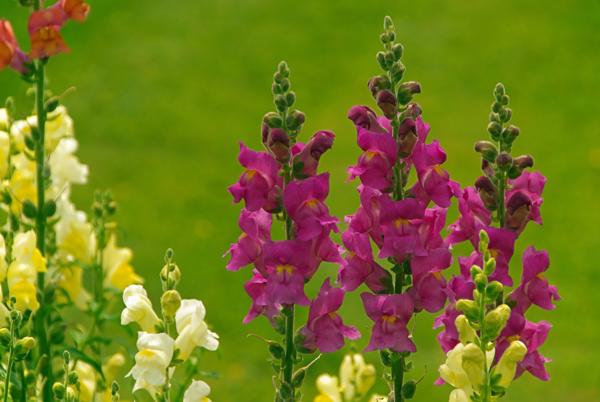 Multicolored Snapdragon flowers in a garden
There was once a time when flowers did replace the verbal need to communicate. Depending upon the legends and lore associated with each kind, a specific symbolism was attached to these artistic works of nature, and snapdragons are no exception. Both negative and positive connotations are associated with this flower. The following points enumerate on the symbolization of a snapdragon in a brief manner.

✦ Let us begin on a positive note. The most crucial symbolism associated with a dragon flower is grace, thereby being associated with the grace exhibited by a lady. In addition to that, some sources also state that this flower possesses the power to restore beauty and youth of a woman. Awesome!

✦ Some sources state that in the ancient time, if a person concealed a snapdragon, the act gave him/her an impression of being highly fascinating and cordial.

✦ It is said that during the Middle Ages, women weaved this flower on their hair to put across the message that they are not interested in any ‘unwanted attention’ from men. This brings about another meaning of this flower―deception and denial.

✦ Did you know that this flower is believed to have power to ward off evil, be it deception, or a curse? Supposedly, in Germany, it was hung above a baby’s bed to ward off evil spirits and even witches!

✦ Yes, this flower has power―no wonder it is also symbolic of energy and strength.

✦ Another negative meaning linked to this flower is that of presumption. This association is probably linked to the fact that when women wore this flower, it was presumed that they are not up for any advances. Also, sending this flower to a person connoted that the recipient is attractive, but deceptive and somewhat dangerous.

✦ This flower is also a popular choice for bridal bouquets and affectionate bouquets. In such circumstances, one must not link the meaning to a negative angle. As mentioned earlier, a snapdragon widely signifies graciousness and benevolence.

✦ In reference to the bridal bouquets, it is symbolic of a marriage union consisting of blessings and fortune. Keeping in mind the other symbolic interpretations mentioned above, this flower would also do well to ward off any evil from the holy event.

On a spiritually symbolic note, a snapdragon comes off as a flower of a truly magical nature. It is believed to protect, restore, and strengthen mankind with its presence. Although with the passage of time, people have stopped appreciating the spiritual side of life, this information serves well to remind us all, that every living (or even non-living) thing on earth comes along with its own share of power and mysticism. 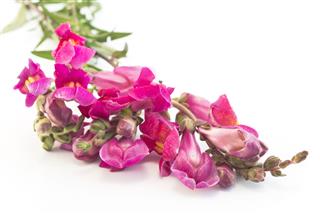 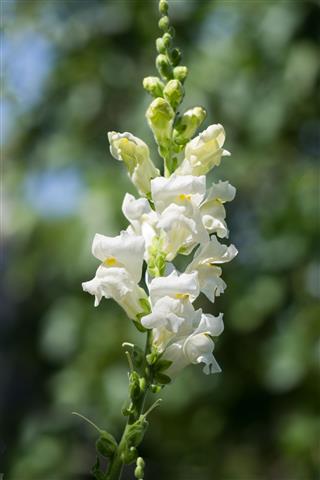 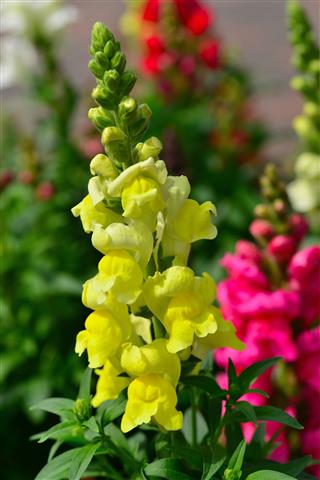 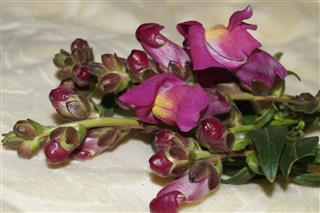 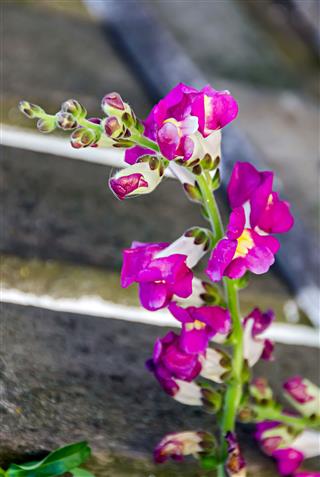 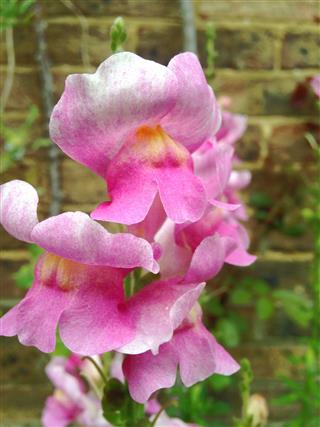 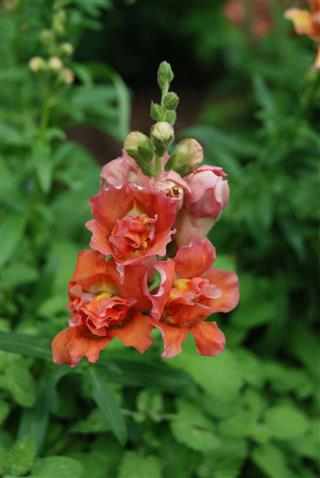 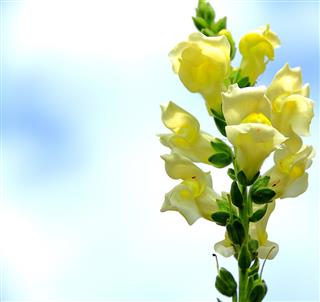