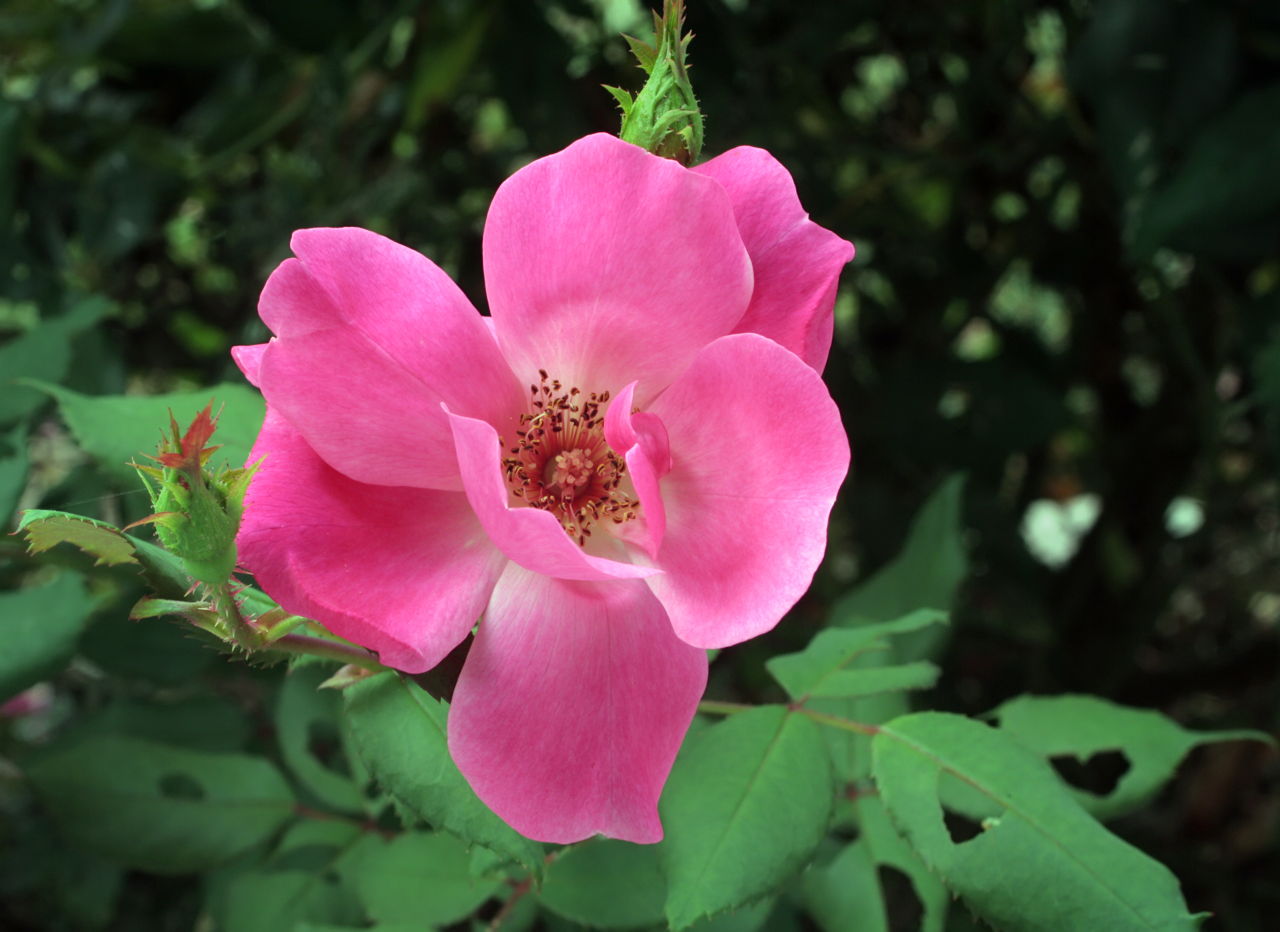 Along with being susceptible to pests, roses are also prone to several infections The diseases can depend on the season, soil, fertilizer, and/or the climate. These plants mainly suffer from fungal, bacterial and viral diseases.

Fungal Diseases
One of the most common diseases is black spot due to which black-colored spots appear on the upper surface of the leaves. Due to this fungal disease, the leaves fall off at an early stage. Entire winter, these spots survive on the infected stem and leaves. Come spring, the infection spreads to the other new leaves of the plant, as the spores of this disease is splashed by the rainwater.

The next type is rust where the symptoms are small, orange-colored blisters that appear on the underside of the leaves. Just like black spots, it survives the entire winter and spreads to the new leaves during the spring rain. The spring and the summer seasons are favorable for this infection.

The third type infecting these flowers is powdery mildew, which is also a fungus and it looks like a white- or gray-colored powder. There is no specific location for it to occur. It causes the leaves to distort and fall. Unlike other two diseases, mildew survives on the live leaf buds, and not on the dead or rotting leaves. The spores are blown from plant to plant, and again, unlike the black spots and rust, they do not need water to thrive. Hence are most active during summer.

If the buds fail to open up or start to decay, then that is a symptom of botrytis bud and twig blight. This might occur if you water the plants too late in the day or maybe due to an extended rainy season.

Another type of fungal disease is the cranker disease. The symptoms of which are red, brown or black spots, that are sunken and appear up and down the canes. This disease usually occurs during mid spring. Cracks appear in the spots, which are eventually big enough to encircle the cane and kill them. Unfortunately, there is no such chemical control for this type and the best way to remove it is by getting rid of the infected stem.

Bacterial Diseases
If you notice some rough tumor-like growth near the soil or on the roots of your plant, then that is a symptom of crown gall. It is a bacterial disease that spreads from one plant to another through wounds. It infects not only the rose plant, but any other plant that has been planted in the same soil.

Viral Diseases
Mosaic pattern starts appearing on your leaves. The veins on the leaves start yellowing. These are the symptoms of a viral disease, which spreads by grafting.

Some main causes might be due to improper pruning, which may leave a long stub above the node. An extended monsoon or watering the plant late in the day also leads to diseases. If some plants which are planted next to your rose plants have been infected by crown gall, then there are high chances of the rose plant suffering the same fate, as it has already been mentioned above that crown gall spreads through wounds. A cool and humid climate is also responsible for the growth of fungus on this plant.

Black spot can be treated by destroying the infected leaves, and pruning the plant for proper air circulation. If you want to use chemical products, then use products which consist of chlorothalonil.

For mildew, plant mildew resistant varieties and again remove the infected leaves and canes. You can also use sulfur or funginex if you want to remove the disease chemically. You can use the same method for treating rust.

For curing canker, you have to remove and destroy the infected canes, and prune the canes using a sharp knife just above the node. If these cultural controls are followed, then you do not need chemicals to get rid of the disease. For botrytis bud and twig blight, clip the infected part, and for crown gall, immediately remove the infected plant from your garden, otherwise it will kill the rest of the plants too.