Symbolism and Facts About the Ravishing Larkspur Flower

Home / Uncategorized / Symbolism and Facts About the Ravishing Larkspur Flower 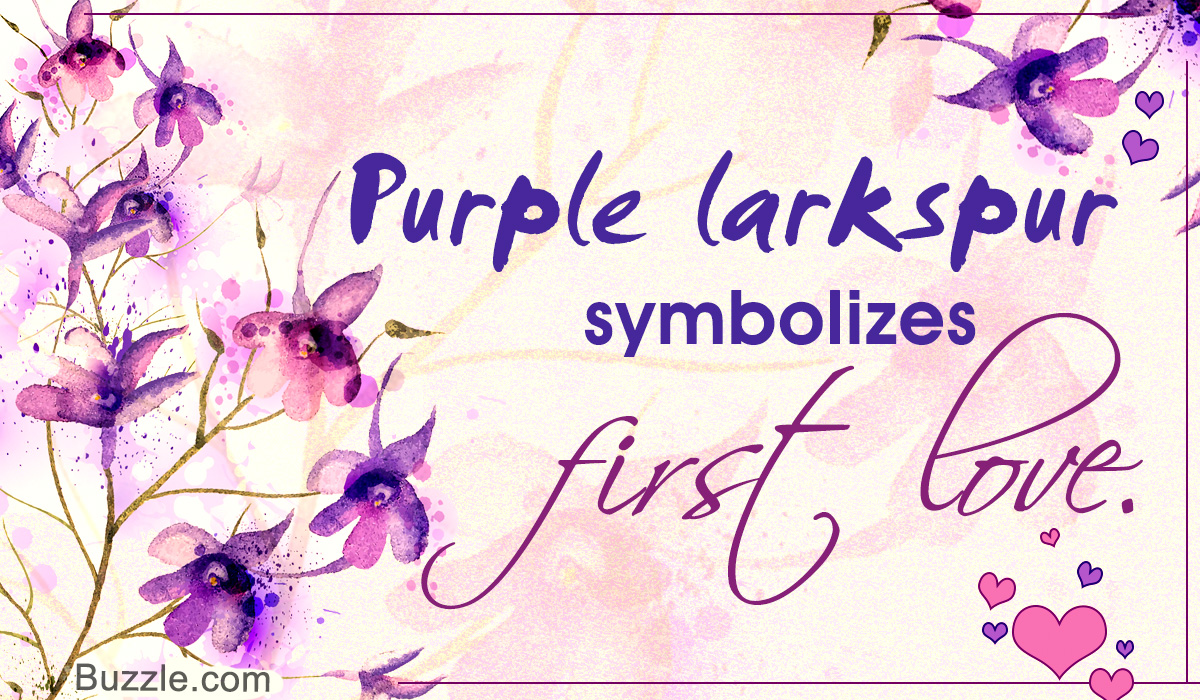 The larkspur is the birth flower for the month of JULY.

Flowers have been attributed with meanings throughout the centuries. There are numerous floral dictionaries that enlist different flowers and their meanings. Though these meanings may not be uniform, through the years, a consensus has been reached regarding the symbolism of the most common and popular flowers.

The color and features of a flower and folklore play a major role in determining its meaning. While red tulips mean perfect love, yellow ones symbolize cheerful thoughts. Even red roses depict intense love and romance, but black roses are linked to death. A daisy represents innocence and purity. The flowers of the touch-me-not (mimosa) plant represent chastity, as the foliage closes at night or on touch. Similarly, larkspur flowers are also attributed with some meanings. 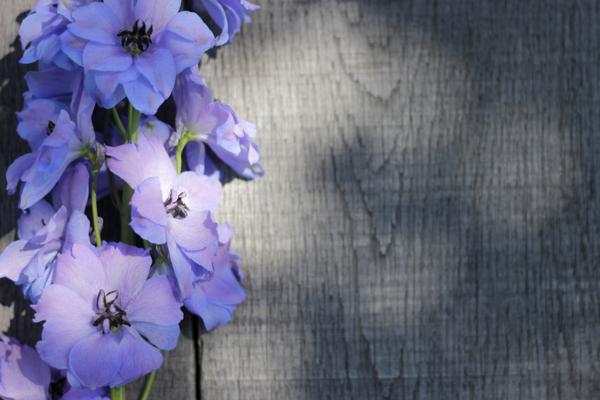 The larkspur plant is very popular for its pretty flowers. Each individual floret on the flower stalk has five petals, and one of them is elongated. The name larkspur is derived from this petal, as it resembles the shape of silver prick spurs (metal tool worn in pairs on the heels of riding boots) of medieval knights. It is also said that the name is derived from the long, sharp hind claws of the lark bird. Larkspur flower spikes come in different colors.

Larkspur is the common name for plants that belong to two genera – Delphinium and Consolida in the family Ranunculaceae. However, delphinium species are believed to be different from larkspurs. While delphiniums are perennials, larkspurs are annuals. The flower spikes are dense in delphiniums, but slightly less denser in larkspurs. These have spur-like petals, which are not usually found in delphinium flowers. Larkspurs produce stalked flowers. So, they are now classified under the genus Consolida. However, there is no consensus regarding such classification.The most common among them are blue, purple, white, pink, etc.

These flowers are also associated with the Virgin Mary, and denote Her tears. According to a Native American folklore, the credit for creating larkspur flowers goes to a celestial figure who was curious about the Earth. The celestial figure tore open the evening sky, and used a piece of the sky to create a spike so that she could climb down to the Earth. The spike had small blue pieces of sky attached to it. The sun dried out the spike, which disintegrated into small pieces that were scattered on the Earth. Larkspur flowers originated from these pieces.

✸ Larkspurs were very popular as gift flowers during the Victorian period.

✸ These flowers attract hummingbirds, bees, and many other pollinators.

✸ Almost all parts of the plant have poisonous alkaloids.

✸ Domestic sheep are found to be resistant to this poison.

✸ Dried larkspur flowers were used for warding off scorpions and even venomous snakes.

✸ Larkspur can be found along with other summer solstice herbs like lavender and vervain.

✸ Dried flowers were also used to keep away witches and ghosts.

✸ Larkspur blooms were used for healing wounds and killing parasites like lice.

✸ According to Greek mythology, these flowers emerged from the blood of Ajax, who killed himself, as he was not given the armor of the fallen warrior Achilles.

Like many other flowers, larkspur flowers too symbolize the strong bond of love. They are very often found in floral displays and bouquets. You can grow some larkspurs that produce lovely flower spikes during spring and summer. However, make sure to keep your kids as well as pets away from these plants. 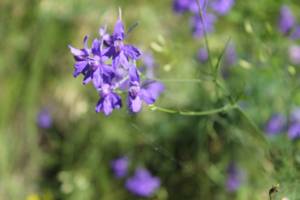 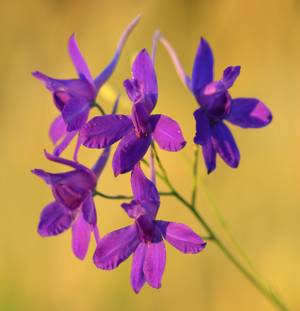 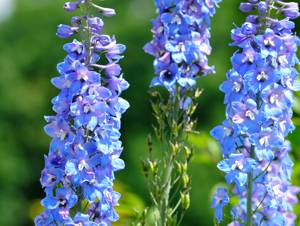