A Great Insight on How to Properly Care for Macho Ferns

Macho ferns can spread easily when grown outdoors, providing you with a more attractive alternative to traditional lawns, besides requiring only a fraction of care. If that has got you excited, then Gardenerdy tells you how simple it is to take care of macho ferns. 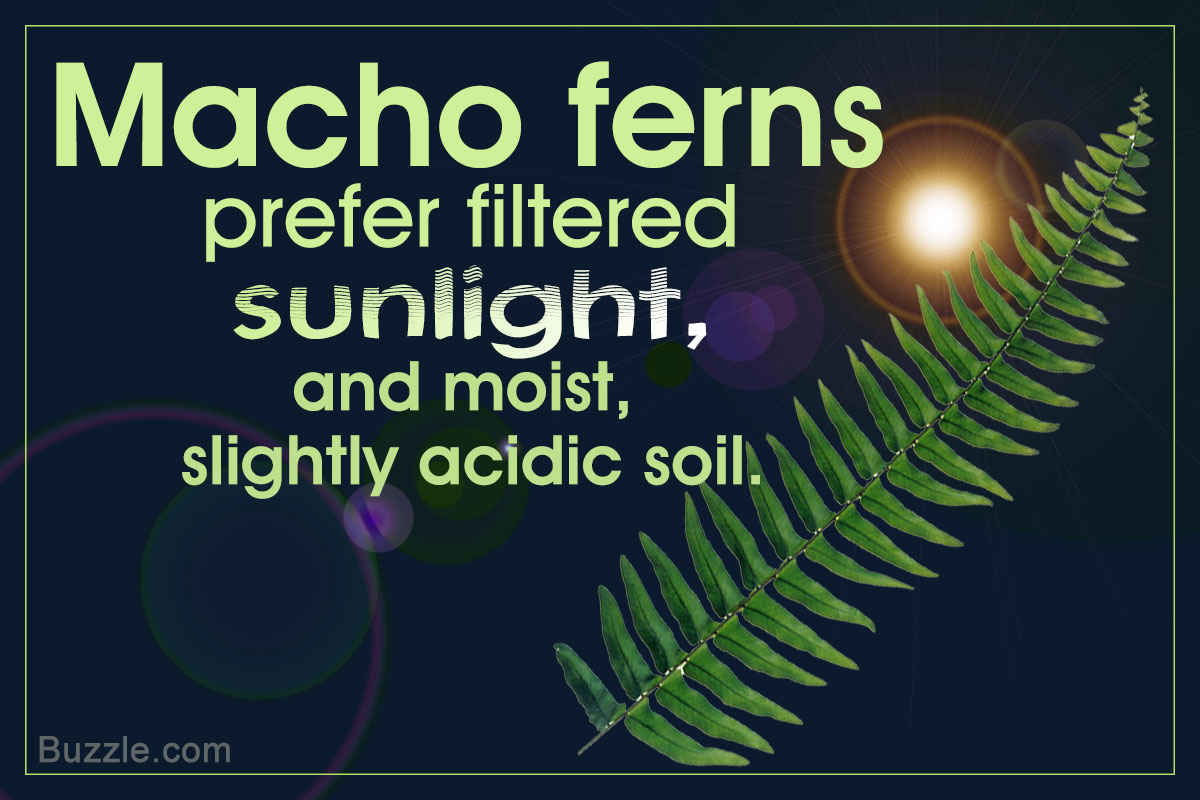 Macho ferns can spread easily when grown outdoors, providing you with a more attractive alternative to traditional lawns, besides requiring only a fraction of care. If that has got you excited, then Gardenerdy tells you how simple it is to take care of macho ferns.

The macho fern is considered a ‘threatened’ species in the US, because of loss of its natural habitat.

Macho ferns, also known by other names like ‘giant sword’ or ‘broad sword’ ferns, and Nephrolepis biserrata, are known for their large size. They can be anywhere between 3 to 4 feet tall, with attractive leaves called fronds that can grow to be 6 feet long, making them ideal for landscaping, or growing in pots and hanging baskets for porches, patios, and decks. This plant is tropical in origin, and is native to the state of Florida, along with Central and South America, and the Caribbean. In the US, macho ferns are suitable for the hardiness zones 9 – 10, though they may be grown as annuals in colder climates too. Let us see how to take care of a macho fern. 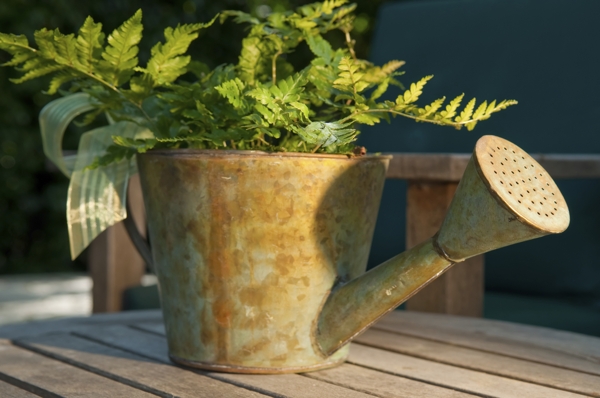 These plants thrive in partial sunlight to full shade, and should not be kept in the dark. Early morning sunlight is ideal, but a macho fern does not have the tolerance for the afternoon sun, which can scorch its foliage. When kept indoors, ensure that, in contrast to dark indoor conditions, the plant is exposed to bright-filtered light, and keep it in light shade or filtered sunlight if outdoors. 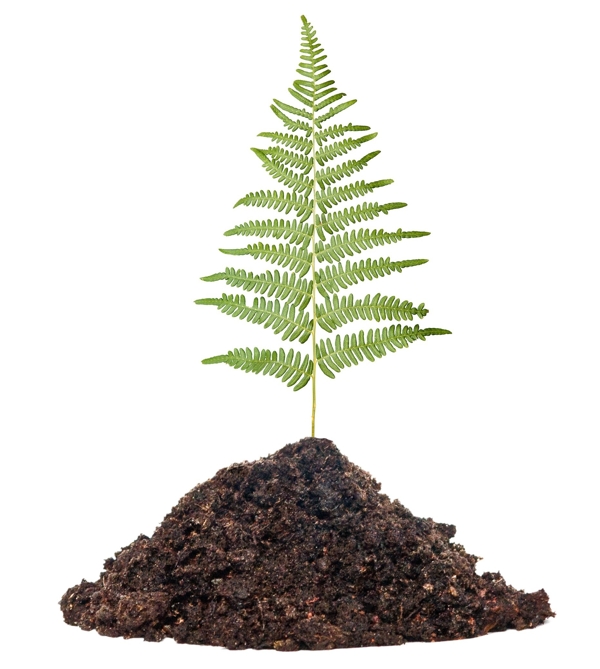 They prefer slightly acidic soils (pH 6 – 6.5), which may be loamy or sandy in nature. The soil should be well-drained, and under no circumstances should the plant be left in waterlogged soil. For container plants, a good-quality potting mix can be used instead of garden soil. Applying a layer of mulch is recommended for its ability to provide nutrients, and slow the rate of water percolation. Moreover, growing macho ferns under large trees which frequently shed leaves―such as oaks―is beneficial, as these leaves form a natural layer of mulch. 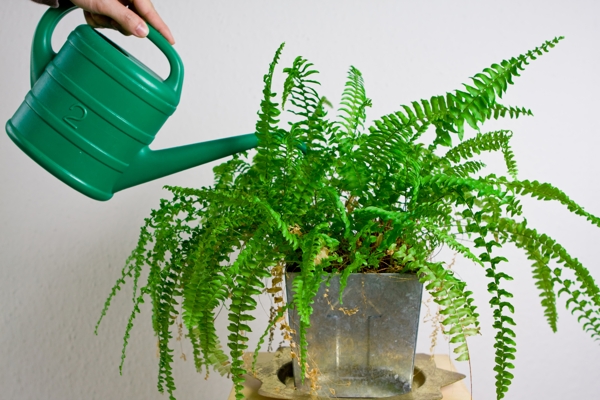 Since macho ferns prefer moist soil, watering should be frequent. From spring to fall, water deeply and allow the soil to dry out between successive watering cycles, as over-watering can be deadly. A simple way to check if the plant needs watering is to touch the soil surface with a fingertip, and water it if it feels dry to the touch. The frequency of watering should be reduced in winters. If the soil is too dry, fronds will begin to lose their color, and the plant may even start shedding. But it regains its lush appearance when watered.

Being tropical in nature, macho ferns prefer warm weather, though they can tolerate a slight dip in temperature. However, they cannot survive if mercury plummets below freezing point. They need more care in the winters when they become semi-dormant, and are best shifted indoors to keep them warm. However, it is better to prune them before shifting, so that they stay restricted to the same pot size. During cold winters, while a fern planted in the garden may not survive, a clump can be plucked from it and planted in a container indoors, through the winter. For this reason, it is advisable to plant these ferns in a pot sunk into the soil, rather than planting them directly in the ground, so that they can be shifted indoors during the winters.

While macho ferns can be grown in small, 6-inch pots, they are best grown in larger containers or baskets (like 8- or 10-inch hanging ones) to allow free growth. Change to a pot larger by one size every spring when the fern outgrows its old pot. Along with this, prune back some of the older shoots to stimulate fresh growth. Plant it in a good quality, non-soil potting mix, at the same depth as in the old pot.

Macho ferns need moderate fertilizing, as they are light feeders. It is beneficial to use a nitrogen-rich fertilizer, as nitrogen helps plants produce more chlorophyll, leading to a lush, green foliage. When fresh growth is observed, use a well-balanced, slow-release fertilizer, like 20-20-20 or fish emulsion, after diluting it to ½ or ¼ the recommended concentration. Apply regularly through the growing season, but stop fertilizing in fall. Take care to avoid overfeeding a macho fern, for an excess dose of fertilizers can cause root burns. While overfeeding can lead to dark leaves with brown tips, low or no fertilizing can cause light-colored leaves with red midribs; so both are to be avoided.

It’s easy to propagate macho ferns, which spread readily, given their invasive habit. This can be done in two ways:

● Simply pull out a clump of the fern, with a little bit of the rhizome attached to it. This clump can then be planted in a container with potting mix, or outside, after which, the rhizome gives off roots.
● The leaflets of the fern (called pinnae) have spores on their undersides, which can be removed and sowed in moist garden soil or a potting mix to germinate into a new plant.

So, to sum up, all that macho ferns need for healthy growth is moderate sunlight, warm weather, moist soil, and adequate feeding.