How to Grow And Care for a Honeysuckle Bush 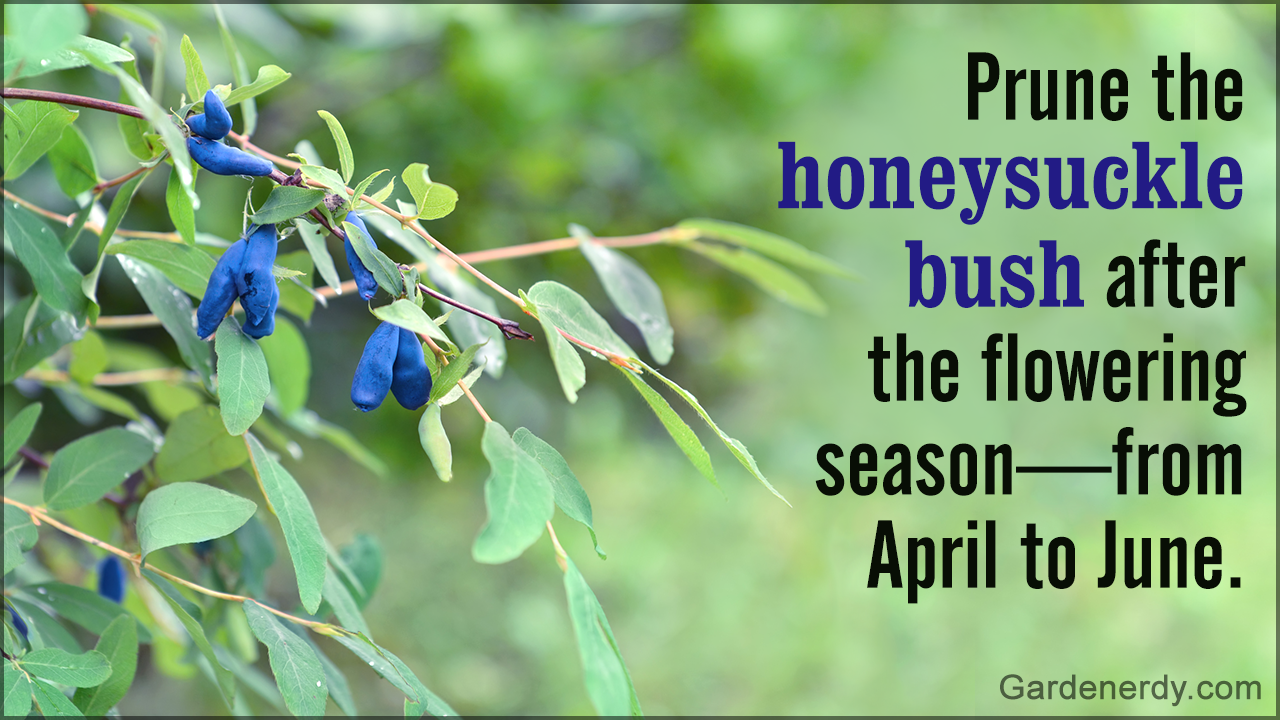 Honeysuckle plants belong to the genus Lonicera and family Caprifoliaceae. There are around 200 species of honeysuckles, that include both shrubs and vines. Though not true honeysuckles, three species in the genus Diervilla are also known as bush honeysuckles, as they share similar characteristics with the original plant. While vines are usually grown on trellises and fences, honeysuckle bush is perfect for hedges, as ornamental plants or as accent plants.

Most of the honeysuckle species are native to China, and the remaining ones originated in some parts of Europe and North America. There are both deciduous and evergreen honeysuckles. Most of these plants have opposite leaves and trumpet-shaped flowers. The flowers have a sweet fragrance and are visually appealing. The color of the flowers varies with the species. They bear red, blue, or black berries, that are found to be poisonous in some species.

As mentioned above, the bush honeysuckle is perfect for making hedges, screens and borders. They can also be used as accent plants or standalone ones in landscaping. Some people use this plant for preventing erosion of soil. The following are some guidelines for growing honeysuckle bush.

These plants can thrive in almost all types of soil, that are well-drained, and they prefer sunny locations. Usually, honeysuckles are planted during fall. Water is not a necessity for the honeysuckle bush, but occasional watering is advisable during dry weather. You can also use fertilizers once a month, during dry weather. However, these plants have a tendency to grow rapidly and spread over the place. This may affect the survival of other plants in the area, as it will be completely taken over by the honeysuckle. So, pruning is necessary for most of these plants, to check their uncontrolled growth.

How to Prune a Honeysuckle Bush? Pruning is usually done after the flowering season, that runs between April to June. Once the flowering is over, prune the plants by the end of June. The cuts should be made at 45 degree angles, and about ¼ inch above the buds. Make sure not to prune more than one-third of the plant’s height. You can go for severe pruning once in every two to three years. Such pruning can be done during the last part of summer. If you fail to prune the plant during summer, you may do a little bit of trimming during the early spring. Any sort of pruning or trimming during the flowering season is not recommended.

So, contact your local nursery, and get some honeysuckles of your choice. They are easy to grow with minimal requirements.