It is said that earwigs crawl into peoples' ears and cause damage to the brain. This article lists some facts about earwigs that most people are unaware of. 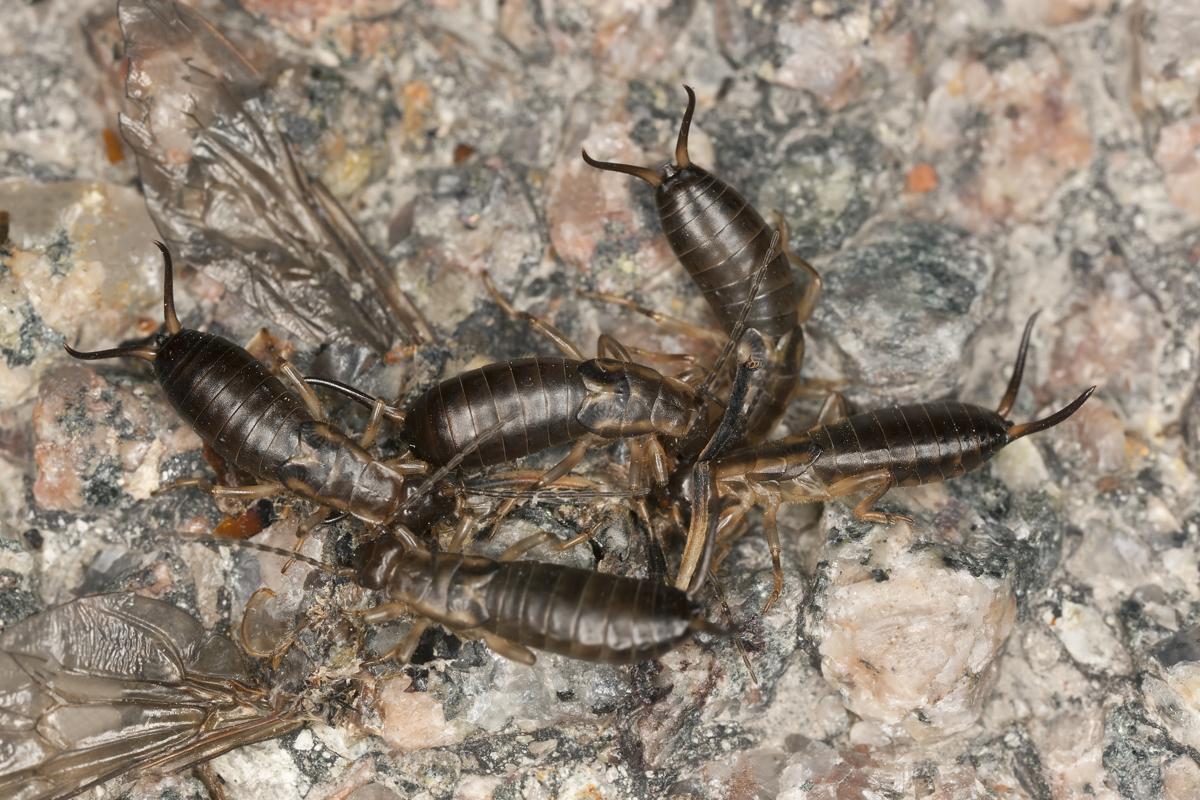 It is said that earwigs crawl into peoples' ears and cause damage to the brain. This article lists some facts about earwigs that most people are unaware of.

People often believe the myth that earwigs creep inside the human ear, enter the brain, and damage it. However, it is now believed that this is an urban legend and although these creatures can crawl inside the ear, they do not burrow into the brain. This article presents some interesting facts about earwigs.

Earwigs are narrow, flat, and long insects that can grow up to 1½ inches in size. They possess six legs, antennae, claws, forceps, and can crawl very fast. They are also known as earwig bugs in many places in the world. Records show that there are around 2,000 different species of earwigs in the world, with around 22 types found in the US alone. Only some species possess wings and are able to fly. Their skin texture is very smooth, and they camouflage themselves at most times. These insects are black to reddish-brown in color; some carnivorous species are mostly bright and attractive in color. The forceps of males are curved, while those of the females are straight.

These creatures are not harmful and not at all poisonous. They might sting, which feels like a pinch, as a means of self defense. In case the earwig stings you, wash the area with soap and use a disinfectant immediately. However, an earwig bite is not at all infectious or contagious and does heal with time.

» It is very rare to find earwigs in a house. They might enter your home either in search of food or if it is damp; they do not go into bedrooms as it is mostly dry in there. They are commonly found in kitchens, toilets, bathrooms, and basements, as these places are usually wet and damp. If your garage is moist, then there are chances of earwigs breeding in the garage. They mostly thrive in wet or moist soil, for example, in open areas like lawns and gardens. They enter houses through cracks and crevices in the walls. It is very difficult to spot one in the house during the day as they only come out when it’s dark.

» They are mostly found during the rainy season as the soil tends to get wet. They consume only plants, decomposed organic matter, and small insects, which is the main reason why they are found in gardens and tree holes. Finding an earwig in your ears may be a possibility, but do not panic as it does not eat up your brain. Try getting in touch with a doctor, and he/she will help you out.

Earwigs live in groups and can be found in hundreds near swampy and marshy lands. During winter, they go 6 to 7 feet underground to survive the dryness. A female earwig can lay up to 50 eggs at one time. Females display a maternal instinct that is usually unheard of in insects. They take care of their young after they hatch, until their second molting session.

Getting Rid of Them

» Seal any cracks that you find in the doors, windows, walls, or foundation. As these insects are attracted towards damp and moist areas, check for and fix any leakages around the house that may be attracting them. Also, change the white bulbs to yellow ones. As insects enjoy bright light, the yellow light will deter them from coming near it.

» Keep damp newspaper rolls or cut up tubes of bamboo or the garden hose. Make sure that these tubes are damp. Leave them in the garden overnight. These will attract the insects. The next morning, dunk these tubes in hot, soapy water. However, do this quickly because otherwise, once you disturb the tubes, the insects will escape; remember that earwigs are really fast.

» One very effective method is to attract the natural predators of these insects to the garden―birds and frogs. Simply make a bird feeder or bird bath in your garden, and the avians that arrive will take care of the earwig menace for you. If you have a garden, chances are that there will be frogs present there.

Earwigs are not exactly violent insects, and they definitely do not eat the brain by reaching it through the ear. However, they are invasive, and they can bite if they feel threatened, which is a rare possibility. Follow the methods given above to get rid of an infestation, and also take the necessary precautions to ensure that they do not get into the house again.