Enlisting the Difference Between Porcupine Grass and Zebra Grass 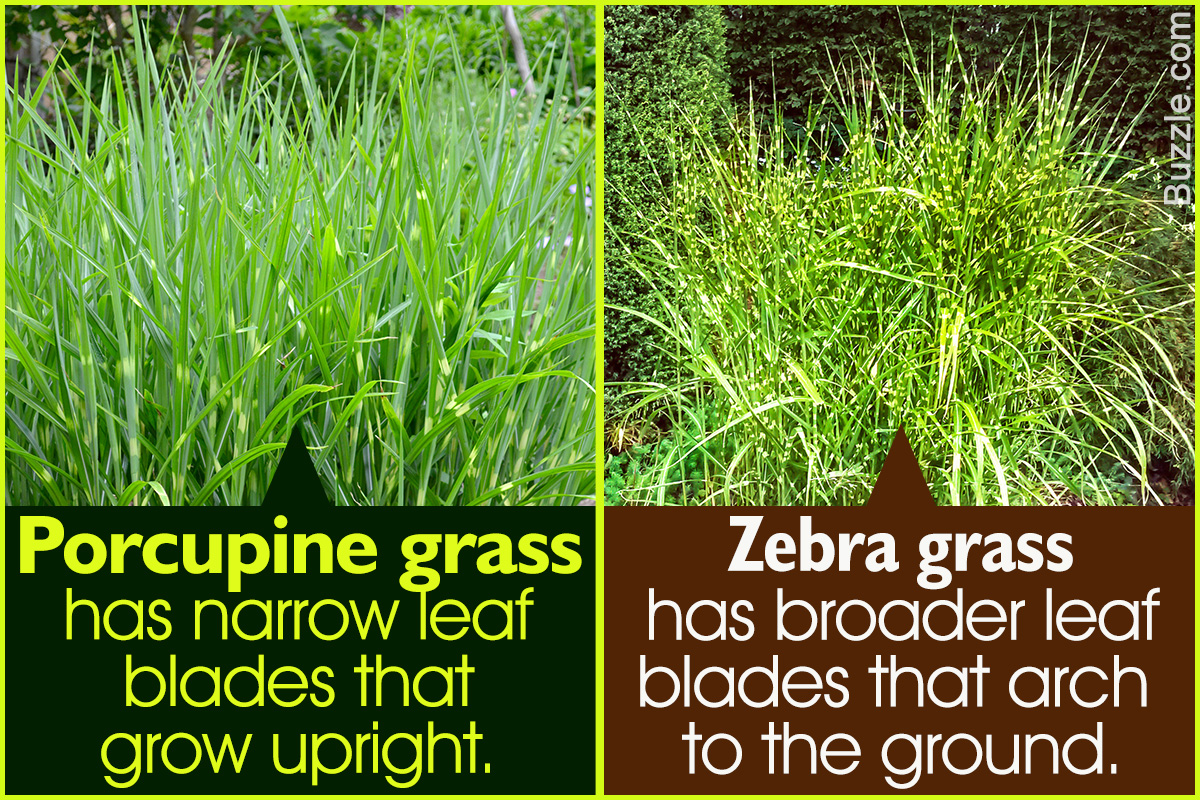 Zebra grass as well as porcupine grass have a tendency to turn invasive, as they produce new growths from underground rhizomes.

When it comes to landscaping and gardening, ornamental grass is very popular. There are numerous types of ornamental grass with different features and growth habits. While some of them are widely grown as turf grass, there are certain types that grow in clumps. Miscanthus sinensis is a grass species that is found in dense clumps.

As the names rightly suggest, both of them have horizontal stripes on their leaves. The stripes can be whitish-yellow to deep yellow in color. While zebras have a striped coat, the spines of porcupines are also striped. So, the names of these grass varieties are derived from their striped leaf blades. Both of them have almost similar features and growth habits. Given below is a comparison between porcupine and zebra grass.

Both of them share characteristics like horizontally striped leaves and clump-forming habit. They belong to the same genus and are cultivars of the same species. Both are popular as ornamental grass. How to differentiate zebra grass from porcupine grass? Let us find out.

These are some of the basic differences between porcupine grass and zebra grass. Both are ideal for landscaping. While zebra grass requires more sun, porcupine grass may tolerate partial shade and standing water to a certain extent. However, standing water is not good for zebra grass which is more tolerant to drought. Both these grass varieties require well-drained, moist, and fertile soil for a healthy growth. Water these plants twice a week, and feed them once before the spring. Deep watering is required during very hot summers. Remove the old foliage before spring, before new growth emerges.

Both zebra grass and porcupine grass can be grown as accent plants, borders, and hedges. They can also be grown in containers, near ponds and other water features. You may also opt for new cultivars with improved features.