What are known as Cedar trees, belong to more than three different plant families, ranging from the Lebanon Cedar, Eastern Red Cedar to Australian Red Cedar, and more than 27 other species. Here's a whirlwind tour of interesting cedar tree facts for those of you in love with these beautiful green giants. 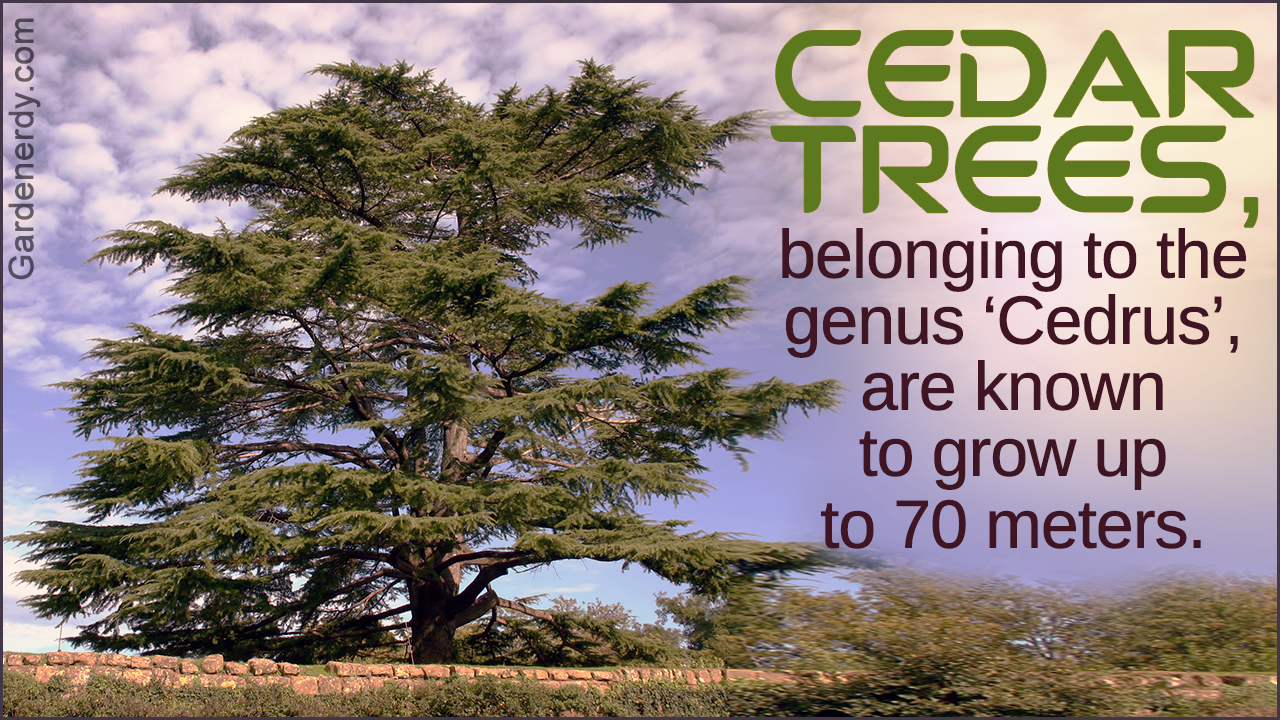 What are known as Cedar trees, belong to more than three different plant families, ranging from the Lebanon Cedar, Eastern Red Cedar to Australian Red Cedar, and more than 27 other species. Here’s a whirlwind tour of interesting cedar tree facts for those of you in love with these beautiful green giants.

By Cedar tree, one may refer to any of the more than 30 tree species, belonging to the Pinaceae, Cupressaceae,Meliaceae, and other families.

They closely resemble the true Cedars, which are members of the Genus Cedrus (belonging to the Pinaceae family), that includes the Lebanon Cedar, Atlas Cedar, Cyprus Cedar, and Deodar Cedar. Owing to the diversity of species that bear this epithet, Cedars are found in diverse regions, ranging from the Himalayas, western Syria, Turkey, Cyprus, Algeria, Morocco, Lebanon, the Americas, Japan, and even Australia.

In terms of population or abundance, they range from the thriving Eastern Redcedar, to the critically endangered Southern Red Cedar. Here’s a whistle-stop tour of the most interesting facts about these trees.

Irrespective of which family they belong to, most Cedar trees from different families have a long life. Western Red Cedar trees, native to USA, have been known to grow up to 150 feet and live for more than 1000 years.

Jōmon Sugi, an 83-feet-high Japanese Cedar or Cryptomeria tree, located on Yakushima island (a UNESCO World Heritage Site ), in Japan, is one of the oldest trees in the world, estimated to have an age between 2,000 to 7,000 years.

Cedar trees belonging to the genus Cedrus, or the true Cedars like the Deodar and Lebanon Cedar are native to the Western Himalayas and Mediterranean regions. These are trees that thrive in high altitude regions. They grow at an altitude of 1500-3200 meters in the Western Himalayas and at an altitude of 1000-2200 meters in the Mediterranean. These trees grow to an average height of 30-40 meters. Some are occasionally known to grow up to 70 meters. They have broad branches with a cracked bark.

Shoots of trees belonging to the genus Cedrus are of two types. One type of shoot forms the main framework of branches, while others are short, carrying leaves. In botanical jargon, they are dimorphic. The leaves of these trees form dense spiral structures, are evergreen and are shaped like needles. Their color varies from light green to a very dark shade of green, depending on the thickness of wax layer over them. The seed cones of these trees are barrel shaped, with color ranging from green to brown after maturity. When cones mature after a year, they disintegrate, releasing winged seeds.

The Cedrus libani (Cedar of Lebanon) is the national emblem of the Lebanese Republic and appears on the nation’s flag, symbolizing immortality and tolerance. The tree is also the official logo of the Middle East Airlines, the official airline of the country.

Cedar wood has been used since ancient times in construction and ship building. Legend has it that King Solomon’s temple in Jerusalem was built with Cedar wood.

The Epic of Gilgamesh mentions a sacred Cedar forest as the realm of Gods, which the hero Gilgamesh invades, in his search for immortality.

Eastern Red-cedar (Juniperus virginiana) is known to be a long-lived species with with a lifespan of more than 800 years. Though native to North America, they are known to be pioneer invaders (first to populate new tracts of land). Poles made out of these trees were used as markers for hunting territories, by Native Americans.

Forests of Deodar Cedar trees in the Himalayas were considered sacred places where Hindu sages lived and meditated. This tree (Cedrus deodara) also happens to be the National Tree of the Islamic Republic of Pakistan.

Taiwan incense cedar (Calocedrus formosana) wood has high commercial value due to its decay-resistant nature and spicy-resinous scent, for which it is over-harvested.

Eastern Red-cedar wood and oils derived from it act as natural moth-repellants. Hence, they are used in modern closet linings.

Guitar soundboards are made from western red cedar trees, while guitar necks are made of Spanish cedar.

Considering the vast diversity of these trees, in terms of their morphological structures, a clear classification of the trees based on the particular families they belong to, would considerably lessen the confusion of an amateur botanist.

Planting a cedar tree in your backyard, as a part of landscaping makes abundant sense, as it provides ample shade and makes it look a class apart. Eastern Red Cedar is well-suited for the purpose. Considering the wide range of Cedar trees belonging to various families, the facts presented here form only a tip of the proverbial iceberg. Hope this compilation has intrigued you enough to study these magnificent trees further. 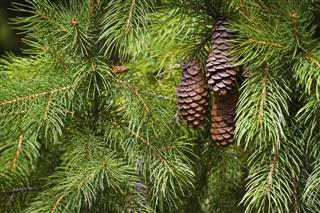 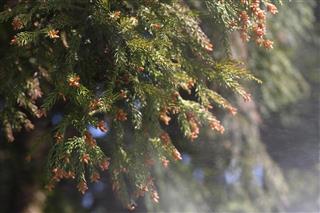