Basic Yet Beautiful Brick Paver Patterns to Choose From

The designing of courtyards and patios is done with the help of a variety of brick paver patterns. It is possible to give the pathways or driveways around the house a much-needed artistic look with the use of different types of brick paver designs.

The designing of courtyards and patios is done with the help of a variety of brick paver patterns. It is possible to give the pathways or driveways around the house a much-needed artistic look with the use of different types of brick paver designs. 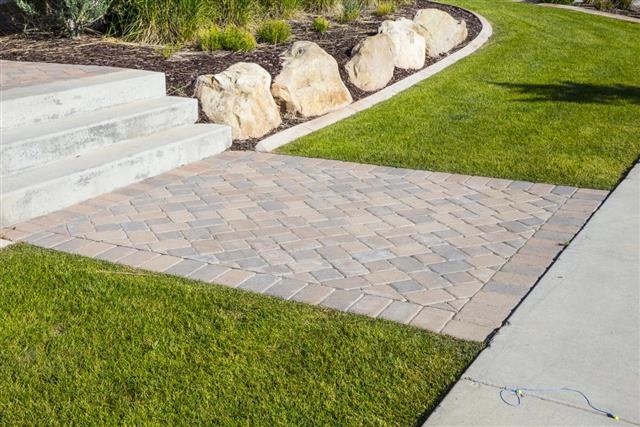 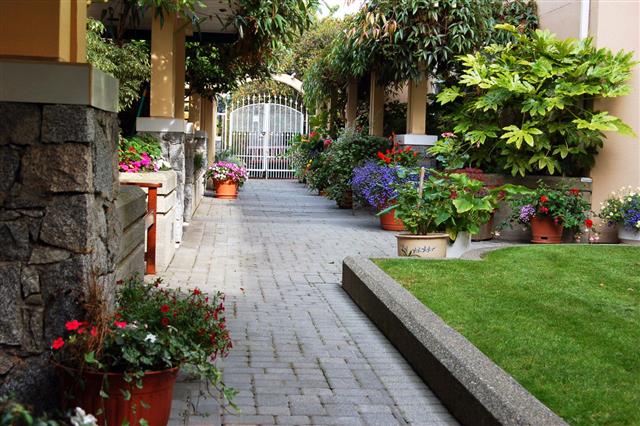 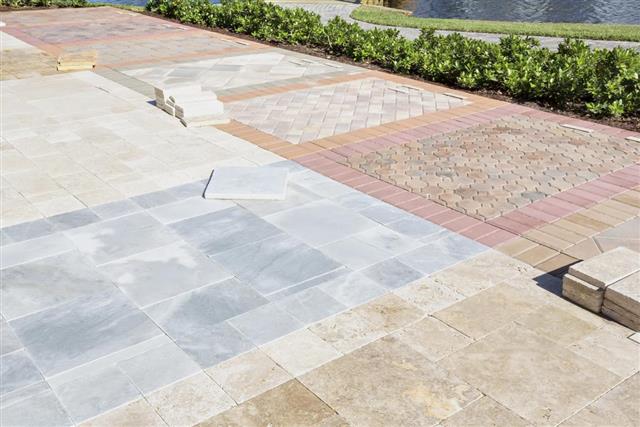 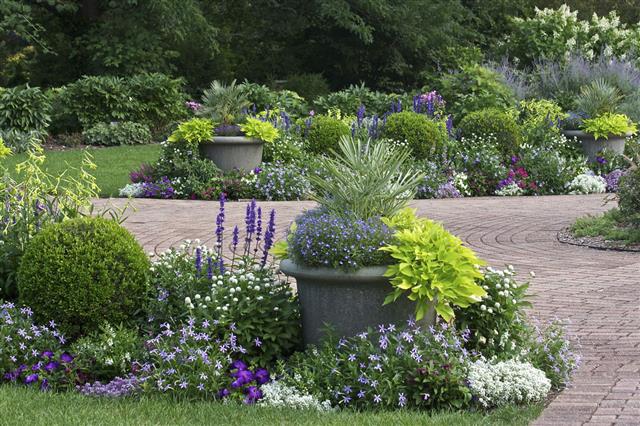 The surfacing or paving of pathways, driveways or patios is carried out with the help of materials like stones, concrete and bricks. The bricks are used for creating many different patterns and designs. A well laid out path enhances the landscape surrounding the house. Along with driveways and walkways, brick pavers can also be used in the construction of patios. A patio allows to spend your time outdoors with the family. Now let us get into the details of patterns and designs used in brick paver installation.

The stretcher pattern and pin wheel are commonly used in the designing of patio. The design is formed by placing bricks side-by-side in the first row. In the next row, the first brick is placed in a position above the line joining first two bricks from the first row. Same pattern is followed for the rest of the row and also in subsequent ones. Along with the appearance of brick patterns, the methods used for laying them also hold great importance. The different types of laying methods not only help in adding variety to the designs, but also influence the cost. Some of the patterns of bricks are quite easy to lay while others take more time.

The stretcher pattern is a commonly used brick paver design. It is mostly used for laying pathways and also in the construction of patios. The two methods used for laying bricks are the sideways and long way. Manner in which brick pavers are laid can have a great influence on the visual impact that is created.

The effect of placing bricks long way is that space of the path or driveway appears longer; the sideways system, on the other hand makes it appear wider.

A circular pattern is created with the help of wedge-shaped bricks. This pattern is used in creating an arched-shaped pathway. While laying the bricks in a circular pattern, one should start from the center and move towards the periphery. Prior to laying bricks, a base should be prepared with layers of gravel and sand. The gravel layer should be 3 inches thick while the upper sand layer need to have a thickness of 1 inches.

In this pattern, bricks are laid, either in a 45° or 90° pattern. The pattern is mostly used for driveways. It is said to have a greater load-bearing capacity than other patterns. Interlocking of bricks in this pattern helps in creating a firm surface and therefore, brakes applied by cars and other heavier vehicles won’t shift the bricks from their original position.

The 45° pattern should be used for large areas. It helps in making the area appear smaller than the actual one. In contrast, the 90° pattern makes the area appear larger than what it actually is.

The basket weave pattern is used to form a design of square series. This classic pattern is created using pairs of bricks that form one square each. In the beginning, two bricks are laid sideways, which leads to the formation of square pattern. The next pair of bricks in the sequence is positioned in such a manner that the center line between them faces upwards.

Third pair of bricks is laid in the same way as the first one. This pattern is repeated for the rest of the row and also for the neighboring ones. The basket weave pattern was used in olden days and is considered as out of fashion.

This variation of the basketweave pattern has 8 bricks in a single box. Let us see how these 8 bricks are arranged. Out of the 8 bricks, 6 form the outer block, while 2 are at the center. Sides of the box are formed of 2 bricks each, placed vertically, one above the other (i.e. a total of 4 bricks). Two horizontally placed bricks form the top and bottom of the box. Inner portion of the box has 2 vertically placed bricks arranged side by side.

The above-mentioned patterns present before us the basic styles used for brick paving. Before going for a particular style, take into account the budget and surface on which bricks are laid. 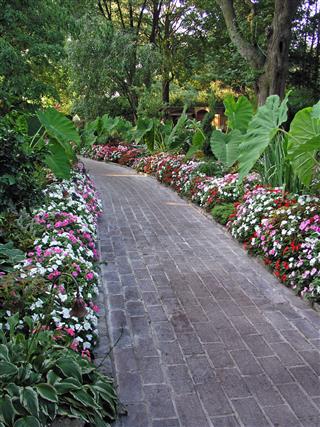 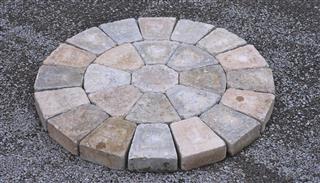 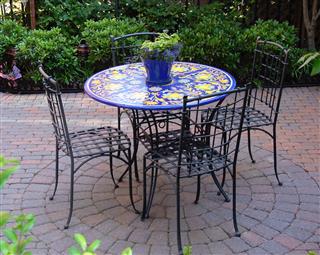 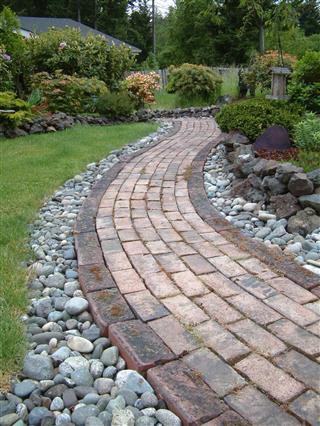