What’s the Difference Between Deciduous and Coniferous Trees?

This Gardenerdy article provides examples of deciduous and coniferous trees, and explores the differences between them. Take a look at the pictures to know the main difference between these two tree types.

This Gardenerdy article provides examples of deciduous and coniferous trees, and explores the differences between them. Take a look at the pictures to know the main difference between these two tree types. 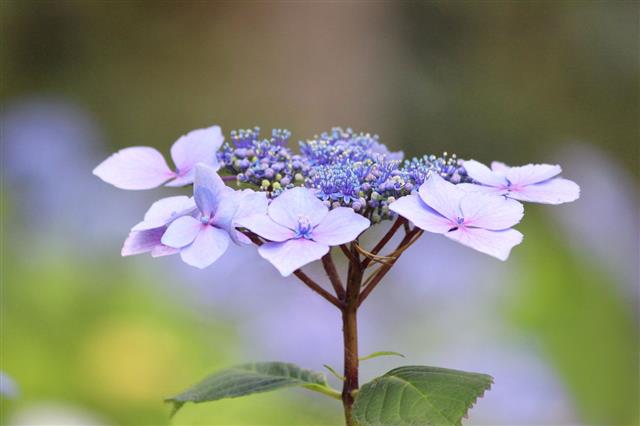 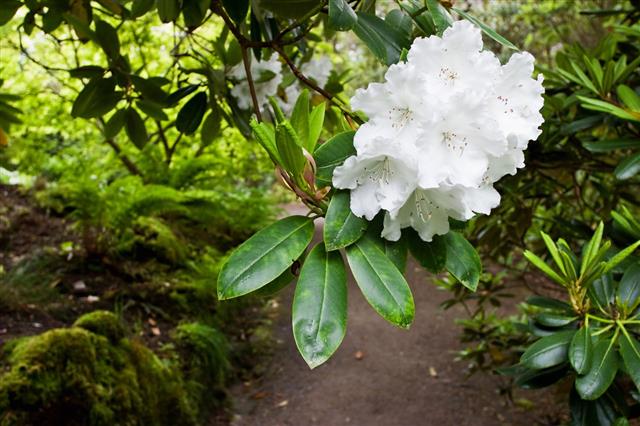 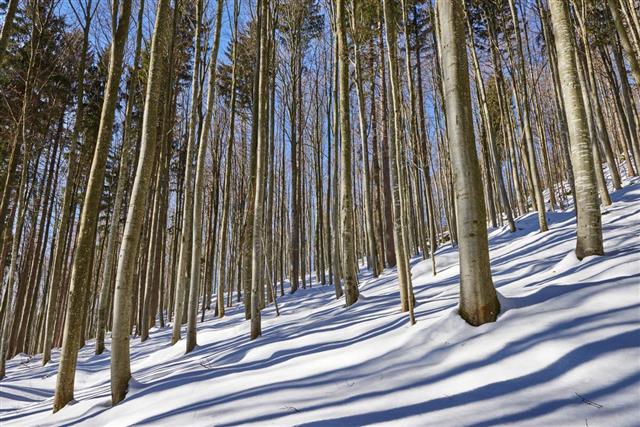 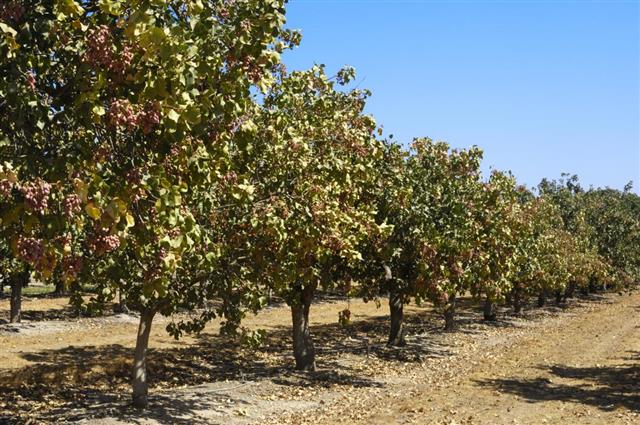 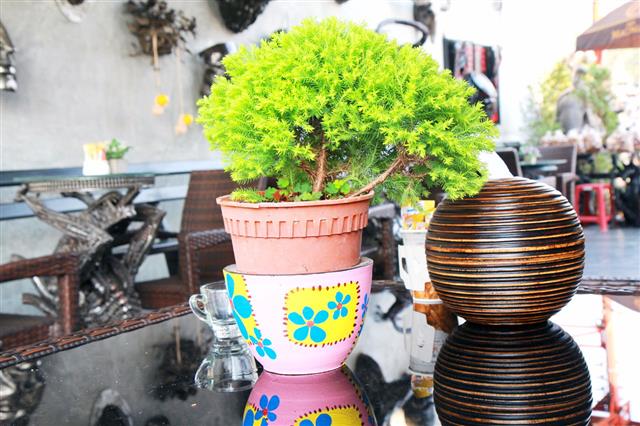 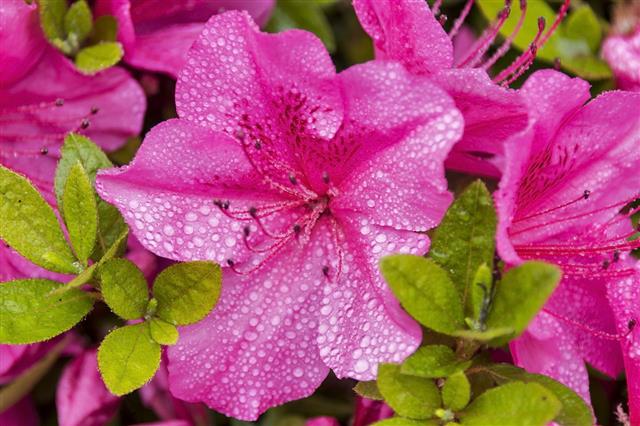 The Latin word conus means ‘cone’ and ferre means ‘to bear’. So conifer means ‘the one that bears a cone.’ ‘Deciduous’ means ‘the dropping of a part that is no longer needed’ or ‘falling off at maturity’.

Deciduous or broadleaf trees lose all of their leaves for part of the year. This process of shedding unneeded parts is known as abscission. The trees survive winter weather conditions against all odds by conserving water through abscission. They remain dormant during chilly winters and save energy. New leaves emerge during spring, the growing season that follows winter. Cool-climate trees shed their leaves in winters (in the fall), while tropical trees shed leaves in dry seasons. However, there are some exceptions to the rule. Some trees lose old foliage as new growth begins and are called semi-deciduous. For example, a few species of oak have desiccated leaves (marcescent leaves) on the branches throughout the winter. They drop these dry leaves in spring as new growth begins. Rhododendron spp. (Rhododendron) and Kalmia latifolia (mountain laurel) have broad, flat leaves that remain green all year. They are called evergreen broadleaf trees.

Coniferous trees retain their leaves in all seasons. They lose and replace them gradually throughout the year, and not all at once. Most conifers stay green all year round and are referred to as ‘evergreen trees.’ Most temperate climate trees are evergreen. However, some coniferous trees are deciduous. Examples include, larch trees such as Larix laricina (Tamarack larch), Larix decidua (European larch), Larix kaempferi (Japanese larch), Taxodium distichum (baldcypress), and Taxodium ascends (pond cypress), etc. They have needles and cones, but they drop their leaves in fall. Because of their versatility, these fascinating deciduous conifers play a significant role in landscaping.

The following characteristic properties can help identify deciduous and coniferous trees and distinguish between the two.

1. Leaves
Since deciduous trees drop their leaves every year, they need to absorb as much light as they can during the months when they have leaves. So, most deciduous trees are broadleaf trees. Broad flat leaves help absorb maximum light as it is essential for photosynthesis. These trees are commonly found in temperate and tropical regions of the world. They cannot survive without warmth and water. These trees grow in the areas where there is plenty of water. They shed leaves seasonally, depending upon variations in rainfall. In temperate or polar regions, less sunlight is available during winter. There, the trees shed leaves during winter. In tropical, subtropical, and arid regions, these trees lose their leaves during dry seasons, when there is scarcity of water. They are dormant during difficult times. When the leaves are dropped, they do not produce food, and so they don’t grow during winters. During springtime, with a steady rise in temperature and with enough rainfall, new leaves emerge, and the trees start growing again.

Deciduous trees have more leaf area while conifers have long-lasting leaves. The leaves of coniferous trees are either long needle-like or flat scale-like. They are compact and pointed. These slender needles or short scales last for several years (for example, spruce needles may last up to a decade, bristlecone pine needles last for 30-40 years). A waxy coating on the needles and the cuticle, prevents evaporation of water that is stored inside the needle. At high altitudes, the layer also helps reflect ultraviolet light. The coating also makes the leaves more durable and less palatable for pests, birds, and animals. The needles are harder to destroy and less tasty to insects. They are more waterproof and more windproof than the broad leaves of deciduous trees. The dark green-colored needles absorb maximum energy from weak sunshine during winter, and the tree continues to photosynthesize, although at a reduced rate. Conifers growing in hotter areas that receive ample sunlight, usually have yellower-green leaves.

2. Fruits, Seeds, and Reproduction
Deciduous trees bear fruits or capsules that contain seeds. The seeds, protected by a hard nutshell or fleshy fruit, are dispersed when the fruits or nuts are eaten by animals and birds. The undigested seeds are excreted through their droppings, often away from the parent tree. This promotes growth of the seedlings in an area that is not shadowed by its parent.

Conifers do not produce flowers and fruits. A coniferous tree reproduces via cones. Although the seeds are bare, they are protected by a sharp-toothed cone. When a cone opens its scales, the seeds fall out. These trees are therefore regarded as gymnosperms (having naked seeds) as opposed to flowering plants (angiosperms). The tall evergreen trees provide shelter to the younger evergreen plants, protect them from cold and drought, and help them grow.

Acorn on an Oak Tree

3. Flowers and Leaf Colors
Most deciduous trees are flowering trees. Usually, they produce flowers when they are leafless, as the absence of leaves enhances the process of transmission of pollen by wind. Flowers are clearly visible to insects when there are no leaves. Thus the condition is helpful for the insect-pollinated plants as well. During fall (autumn), the leaves of most deciduous trees usually turn brilliant red, fiery orange, golden yellow, and reddish brown before they fall to the ground. Coniferous trees do not produce flowers and colorful foliage. Instead, they produce cones.

4. Diseases and Pests
Both evergreen and deciduous trees may suffer from common diseases and pests, but persistent air pollution, ash, and other toxic substances in the air are likely to cause more damage to evergreen trees than the deciduous ones.

6. Shape
Deciduous trees spread out as they grow. They spread their leaves wide to absorb sunlight. They have a more rounded shape than the coniferous trees. As the name suggests, conifers have the shape of a cone, which helps shed snow. As they grow upward rather than outward, they acquire a triangular shape. This shape prevents the branches from breaking under the weight of snow.

7. Soil
Most deciduous trees grow in areas where the soil is fairly nutritious. This is critical for them as they need a big nutrient boost to produce thousands of new leaves in spring. During autumn, the leaves dropped on top of the roots replenish the soil with nutrients after composting. When the leaves are dropped, most of the energy in the tree is utilized by its roots. Underneath the deciduous trees, the soil generally becomes more alkaline.

The leaf and needle litter produced by a coniferous tree has a higher carbon-nitrogen ratio than the leaf litter of deciduous trees. This makes the soil acidic. The light-colored, usually acidic soils of coniferous forests are called ‘podzols’. They have a compacted humus layer, known as ‘mor’, which contains many fungi. These soils are low in mineral content, organic material, and small invertebrate animals such as earthworms. Since conifers don’t drop all their needles at once, they don’t need a big nutrient boost in the spring. These trees are typically found in areas with poor soils and less water. Conifers generally lower the soil pH, while broadleaf trees raise it.

The decomposing leaves of deciduous trees enrich the soil with nutrients. As the soils of the deciduous biome are very fertile, and because the biome has a long, 5 to 6-month growing season, many deciduous forests have been converted into agricultural regions. Along with oxygen, trees supply food and medicines. Losing the Earth’s greatest biological treasures can eventually affect human life. 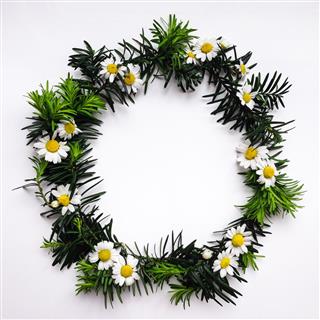 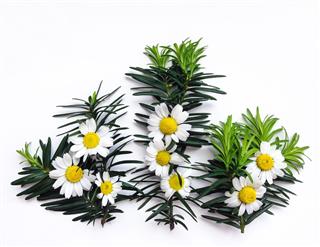 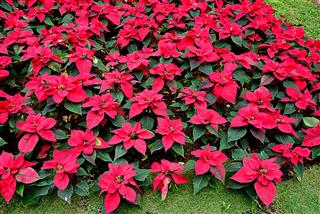 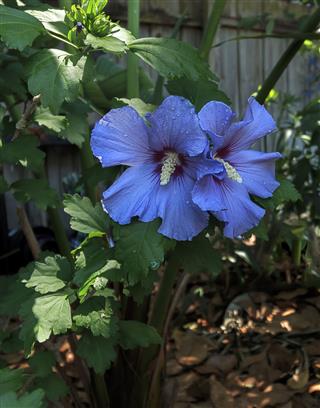 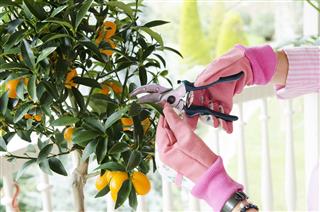 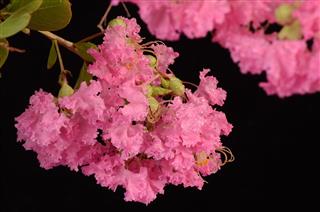 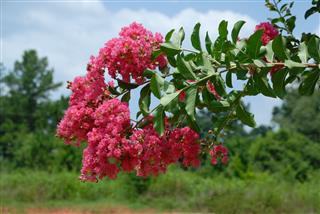