The Floral Guide: What Does a Marigold Flower Actually Symbolize?

Also known as the herb of the sun or sun's bride, marigold flowers have always been related to auspicious occasions. Ancient Indian, Greek, as well as Roman society have used marigold from treating various health ailments to inducing psychic powers.

Home / General Gardening / The Floral Guide: What Does a Marigold Flower Actually Symbolize?

Also known as the herb of the sun or sun’s bride, marigold flowers have always been related to auspicious occasions. Ancient Indian, Greek, as well as Roman society have used marigold from treating various health ailments to inducing psychic powers. 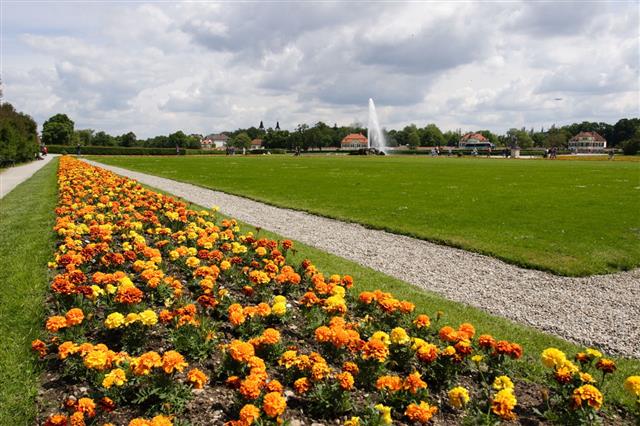 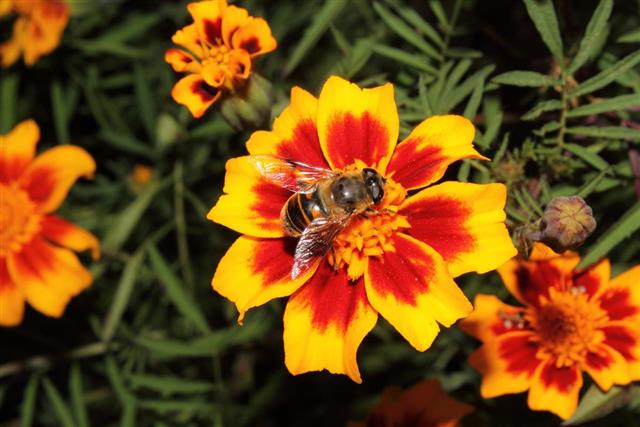 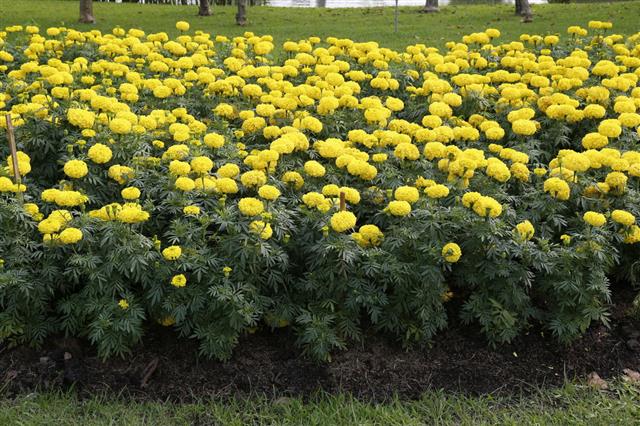 Folklore claims that an individual plucking marigold flower or gazing at them for any length of time can turn them into alcoholics.

Since the beginning of time, people have allotted meaning and interpretation to almost everything. Be it plants, animals, numbers, zodiac signs, names, etc. Symbolic meaning of flowers is specified in Greek mythology, Egyptian writings, and Chinese inscriptions. Seventeenth century marked the beginning of flower language in Turkey. Romantic couples, separated due to distance started exchanging flowers to convey their thoughts using the secret meanings of flowers.

Marigold is a typical flower adorning any American garden. It belongs to the calendula family, it thrives well during the fall season and can survive even the driest weather. They are infamous for their bold shades of Burgundy, Yellow, and bright Orange. There are four types of marigolds: French marigold, African-Aztec marigold, single, and triploids. Even though marigolds are extremely bright, what draws attention to them, is what they mean and represent in different cultures. The following piece of writing will not only delve in marigold flower meaning, but also highlight marigold’s significance in Indian culture.

The ‘marigold flower’ meaning and symbolism is quite interesting and intriguing. Their meaning varies according to different cultures and regions as the marigold plant varieties are native to Asia, America, and, Africa. It has both positive and negative interpretations.

► European marigold’s Latin name was Calendula, which came from the Latin word Calendae. It means the first day of the month. It can also be translated to little clock or little calendar.

► Germans called marigold Monk’s head. When its petals were plucked, it looked like a monk’s head.

► Scientific name of marigold which is known as Tagetes, derives its name from the Etruscan God ‘Tages,’ the God of wisdom.

► The name marigold comes from Mary’s gold, which was kept after Mother Mary. 25th March marks the Feast of Annunciation, on this day believers offered marigold to Mother Mary. This was the day when Gabriel informed Mother Mary about Jesus Christ’s arrival. Some cultures follow the practice to sow marigold seeds in the pot, which is a symbol of positivity and patience.

► Named after Mother Mary, it denotes simplicity and is often used to decorate and beautify church altars. Legend holds that Mary used marigold flowers as coins, when she traveled to Egypt accompanied by Joseph and baby Jesus. Thieves stole her bag, and they discovered marigold flowers instead of coins.

► Another folklore states that early Christians who could not afford coins placed marigold flowers on Mother Mary’s altar.

► Shakespeare too was impressed by this flower, that he mentioned marigold in his play called, ‘A Winter’s Tale.’

► People of Welsh culture were dependent on marigolds to predict the climate. If the blossom was small and closed, that indicated bad and stormy weather.

► It was famous among the witches too, they wore it to prevent plague. Many used to it to kill the bad habits of people such as gossiping and badmouthing others.

► Old folklore claims that marigold helped to encourage happy conversations within the family, and storing a pot of marigold plant inside the house helped to improve the relationship between spouses.

► Though marigold flower is closely related to the sun’s positive energy, it has also been perceived to carry some negative interpretations. It symbolizes jealousy, resentment, cruelty, grief, and, sorrow if a person is going through a hard time.

► Strongly associated with sun due to its vibrant yellow and gold color, it also symbolizes passion and creativity. It stimulates an individual’s creative side making him more artistic in his life. Passion is associated with legendary and majestic lion.

► As they are luminous and beautiful to see, they are often used as love charms. They are mostly used in weddings depicting beauty and a sign of new beginning for the married couple.

► It was also believed that water made from marigold was used to invoke psychic visions of fairies, if rubbed on someone’s eyes.

► Marigold was a sacred flower to the Aztecs. It was used in many religious ceremonies and also as a medicine. The Aztecs were of the belief that marigold flowers relieved one from hiccups and it cured people who were struck by lightning.

► According to Mexican tradition, marigold flowers are used during Dia de los Muertos, which in English means Day of the Dead. It is a tradition which originated in Mexico, celebrated on the 1st November of every year to honor the lives of family and friends who passed away. Mexicans are of the belief that during this day, dead souls visit the living and marigold flowers guide them towards the altar.

► Due to its strong odor, dead souls are attracted towards the flowers. Burial sites are adorned with marigolds and even the private altars constructed for the dead are surrounded with marigold.

► Portuguese introduced marigolds in India, it is widely cultivated in India to make garlands, for decorative purpose in marriages and festivals. Particularly, Dussera where individuals adorn their vehicles and homes with marigold garlands. It is believed to have auspicious powers that helps to bring positive vibes. They even stand as offerings to God Vishnu and Goddess Lakshmi.

► Marigold flowers are edible, that is why it is known as poor man’s saffron, because it can be used as a substitute for expensive saffron.

► Marigolds in Christian weddings are kept at bay because they are believed to possess ill-faith and grief.

For the plethora of different meanings it is associated with, it is not surprising that the marigold is a popular choice of flowers for various occasions and festivities. 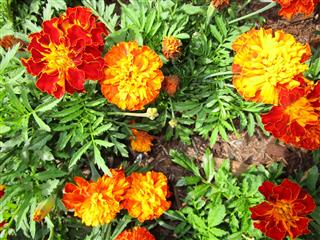 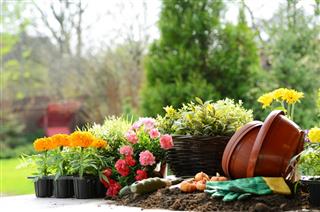 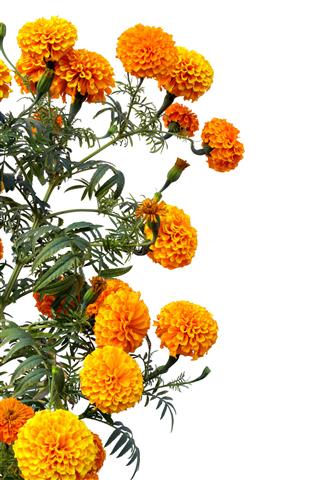