From their medicinal and economic uses to their place in mythology, weeping willow tree facts are quite intriguing. Let's learn more about these magnificent trees that despite being native to China, adorn the landscape of most of North America... 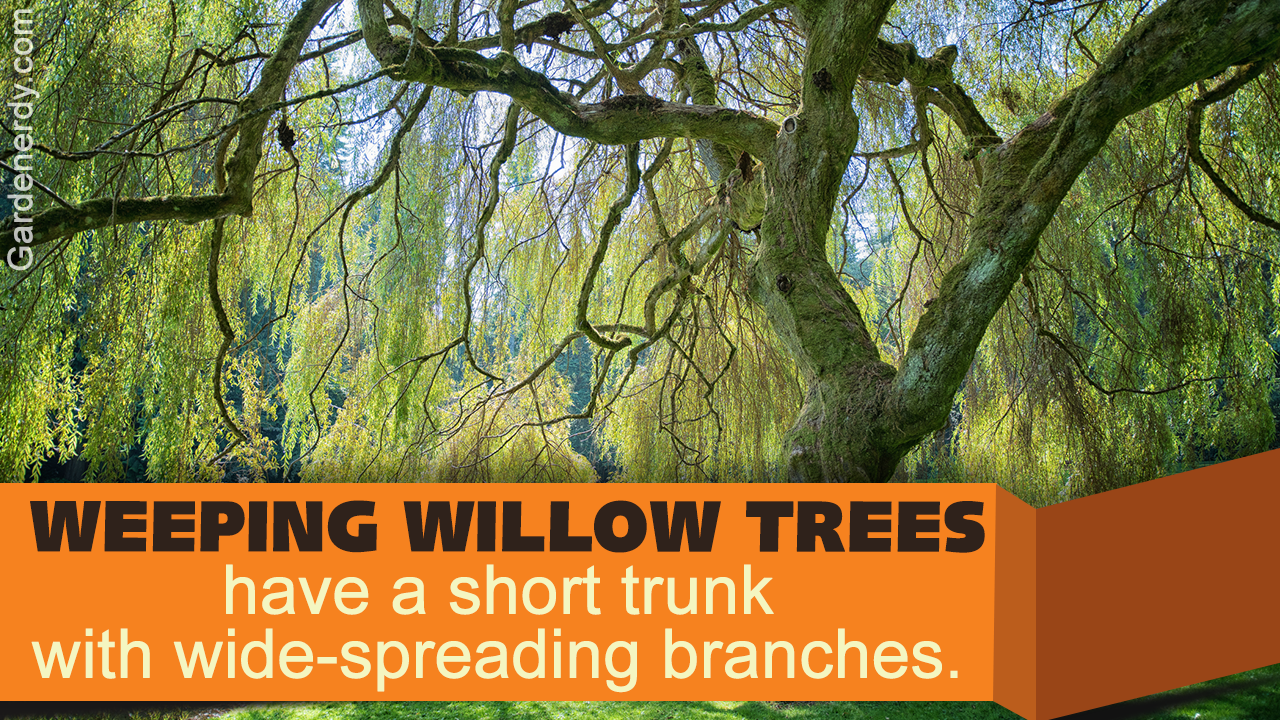 From their medicinal and economic uses to their place in mythology, weeping willow tree facts are quite intriguing. Let’s learn more about these magnificent trees that despite being native to China, adorn the landscape of most of North America… 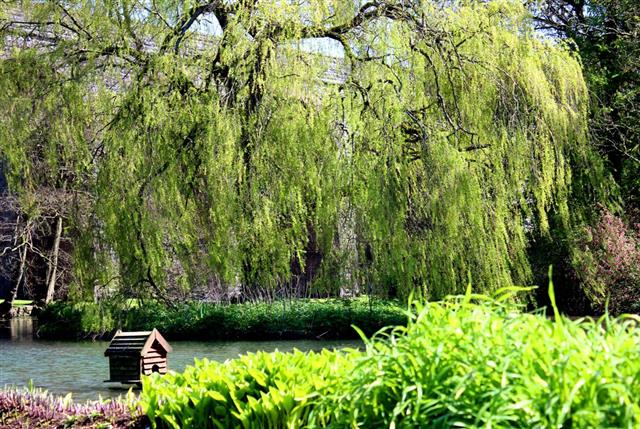 A weeping willow tree or the Salix babylonica is the favorite of those who want to add a dramatic touch to their garden. With their low, drooping branches that create a ‘falling’ canopy, they form excellent shade trees that are much in demand. Indispensable to those who love gardening and have a large garden, these trees are sought for their shade and ability to grow quickly. Let us get to know some more facts about weeping willows.

Because of the drooping branches, the tree looks as if it’s weeping. Hence, the name ‘weeping willow’. It is, in fact, a hybrid of two different species, namely, Peking willow (Salix babylonica), native to China and white willow (Salix alba), native to Europe. Due to their enormous size and the wide-spreading but sweeping branches, these trees have got themselves a place in religion and mythology as well. The unparalleled grace and beauty of the tree makes it one of the most sought-after landscaping plants in all parts of the world.

Weeping willow trees have a short trunk with wide-spreading branches that give it a broad, round shaped crown. The branches bear long narrow leaves that may have white or silky ventral surfaces. Being one of the fastest growing shade trees, weeping willows can grow as tall as 10 feet in a year. The graceful, shimmering foliage has found mention in literature since the times of Shakespeare.

It is a deciduous tree, one of the first trees to bear leaves in the spring and the last one to lose them during fall. The shimmering light green color of the leaves turn yellow in autumn. They bear very small, yellow flowers that bloom in early spring. They have inconspicuous white fruits and seeds that are produced throughout the spring season. The willows are dioecious trees with male and female flowers borne in catkins in separate plants.

Weeping willows are not very fussy when it comes to soil types and are able to grow in different types of soil. They grow widely in different parts of Europe, North America, and Asia. Although they prefer moist and cool conditions, these trees are resistant to drought to quite some extent. They like standing water, and grow well around ponds, lakes, and pools. In case there is a troublesome area in the landscape where water tends to accumulate, planting these trees can keep the area free of standing water. They grow well in the Growing Zones 4 to 9. 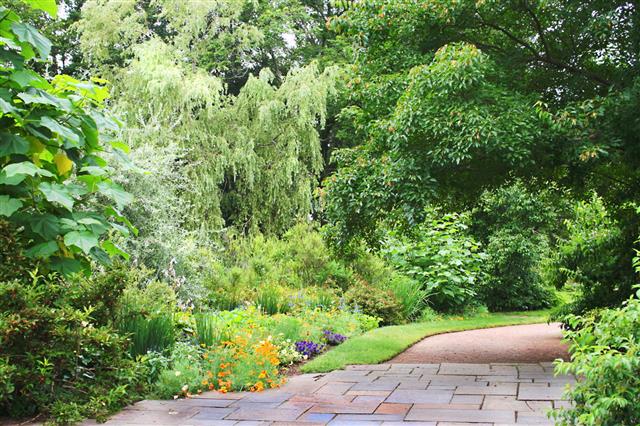 The weeping willow trees are mainly valued for ornamental purposes. However, they have a number of medicinal and commercial uses as well. The bark of the tree is important for its medicinal and tanning properties. The bark has a compound called salicylic acid which is used to make aspirin.

It is also used to make medicines that act as an anti-inflammatory agents. They have properties that can treat articular bleeding, heartburn, and stomach ailments. The economic importance of the trees stem from the fact that their wood is used to make products like cricket bats, flutes, furniture, boxes, broom handles, whistles, and fish traps. Due to its water absorbing property, the tree is often planted in areas where unwanted pools of water accumulate. Here are some quick facts about the tree.

Myths about the Weeping Willow Tree

The great height and the long drooping branches that bear the thin, shimmering leaves have led the weeping willow being surrounded by various myths and legends. According to a popular myth, the tree once stood erect and strong. However, the death of a pair of lovers so touched the heart of these trees that their branches drooped in misery and could never rise again. The slender branches of the tree are often associated with creatures like the snake.

For example, in Greece it was a common practice to place willow branches in the bed of a fertile woman with the belief that it would entice the magical serpents to impregnate her. Certain native American tribes would place willow tree branches in the bed of newly-married couples with the faith that it would increase the chances of the woman bearing a child. However, the tree is also associated with mysticism and witchcraft. The witches broom was believed to have been made from the twigs of the willow tree.

Although native to China, their high adaptability have made them abundant in Canada and the United States as well. Not only are they cherished as ornamental garden trees that offer shade, but their broad rounded crown made of shimmering foliage strikes a chord with the poets and nature lovers as well. This tree can make your garden unique and elegant.