Most people are overwhelmed by the sheer number and types of cacti found in nurseries today. If you haven't had a chance to get to know much about these plants, it might be a good idea to get acquainted with their types. 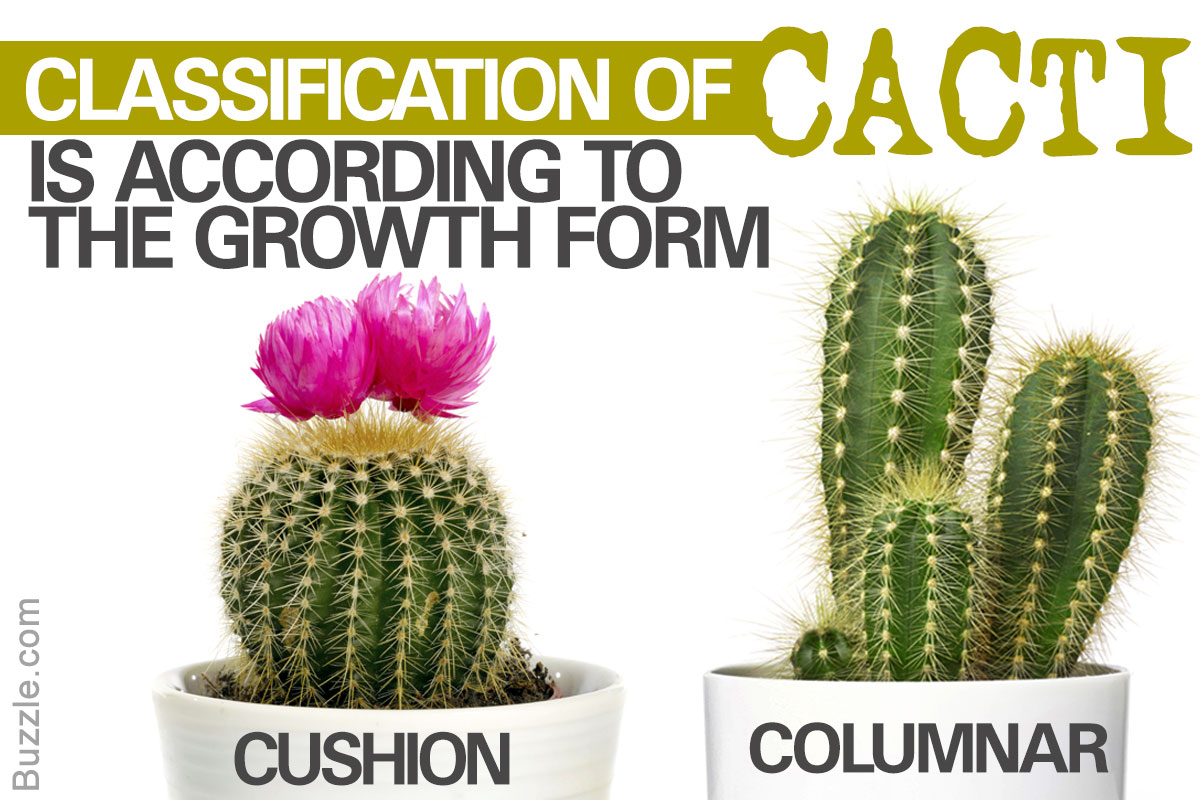 Most people are overwhelmed by the sheer number and types of cacti found in nurseries today. If you haven’t had a chance to get to know much about these plants, it might be a good idea to get acquainted with their types. 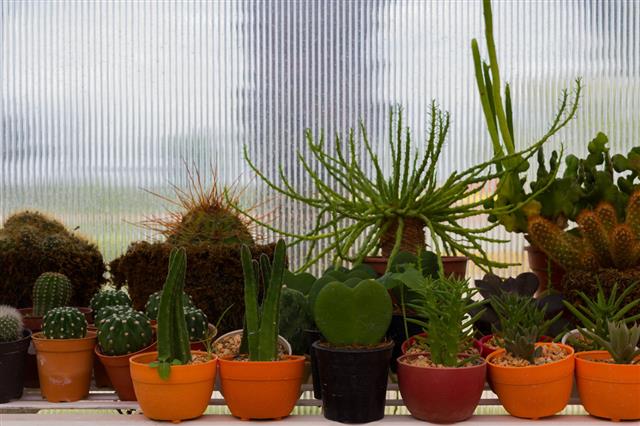 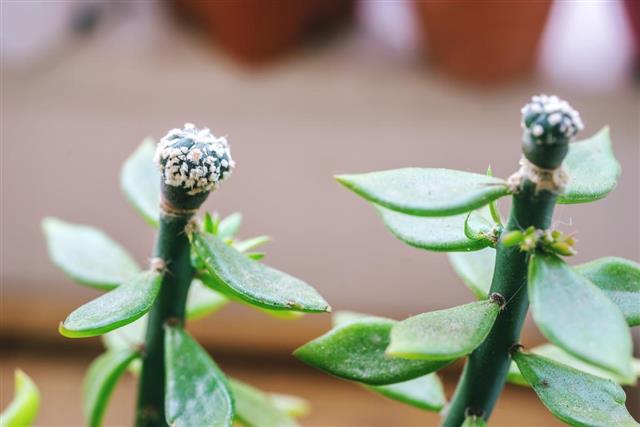 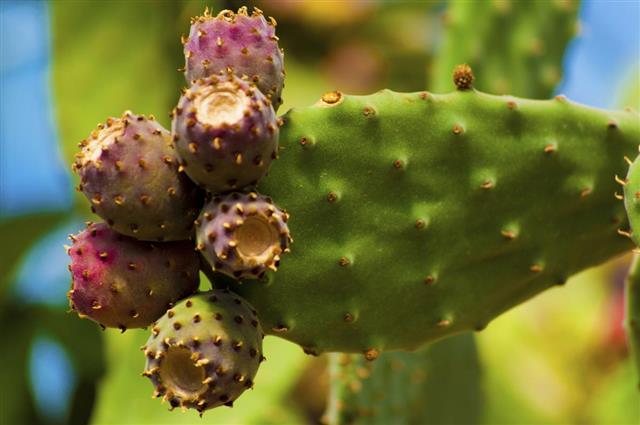 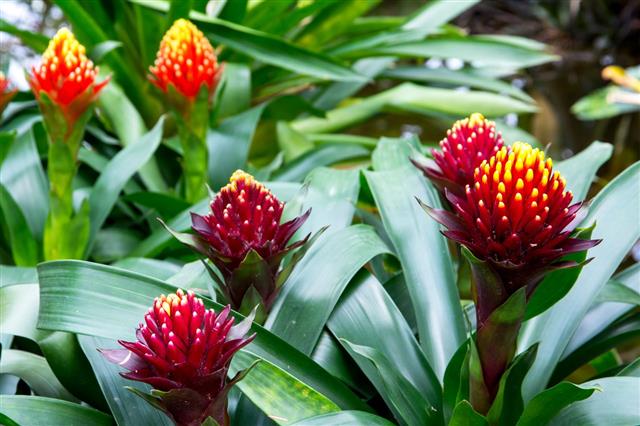 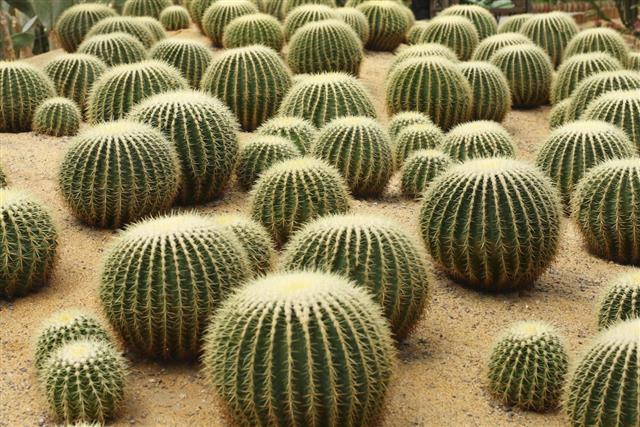 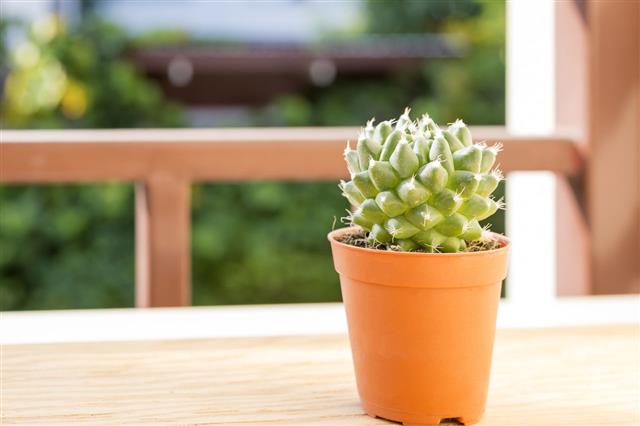 The ‘Lava Cactus’, which is found on the Galapagos Islands, survives only in the harsh environment of the lava fields. It is one of the first plants to establish itself on lava that flows out and cools after a fresh volcanic eruption.

Cacti are one of the most versatile group of plants in the world. They are found in many shapes and sizes, and are able to survive in diverse habitats. They are hardy, do not require special handling or care in most cases, and many have beautiful blooms. Mostly, we associate cacti with an arid desert-like environment. However, many cacti have rainforests too as their natural habitat. Cacti are too diverse to be grouped into simple types. They are classified based on standard taxonomic methods as 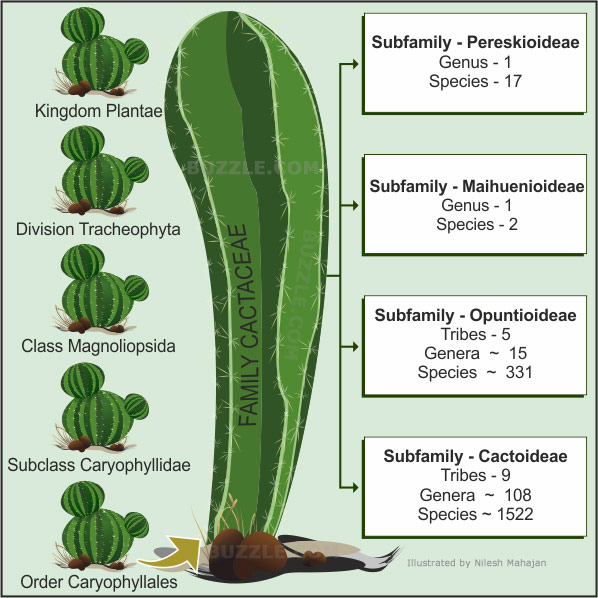 Over the centuries, there have been many attempts to classify cacti. The culmination of all these efforts was the formation of the International Cactaceae Systematics Group (ICSG) in 1984. This is an organization that was brought into being to gather the work of pioneers in the field of cactus classification. ICSG also takes into consideration new and upcoming research on cacti. This helps to clear disagreements regarding how to classify cacti. The classification of cacti continues to evolve to this day, with changes being made according to new research and insights from experts working in this field. Here, we briefly cover the taxonomic classification as well as the classification by growth forms of the cacti.

Plants are succulent viz. stems, roots, leaves adapted for storing water. Certain characteristics of flowers have been defined, which must be possessed by flowers of all members of the family for them to be included in the family cactaceae, like presence of ‘areoles’ (structures out of which the flowers arise), petals merged with sepals, presence of a large number of stamens (part of flower-bearing pollen), and multi-lobed stigma (part of flower that receives pollen). The family cactaceae includes four subfamilies.

This family is considered to be the most evolutionarily primitive of all cactus families. Plants are shrubby or climbers with round stems. Both leaves and spines are present. The stems and the leaves have different metabolic pathways for synthesizing carbohydrates. While the stems have the crassulacean acid metabolism (CAM) pathway, the leaves have the C3 carbon fixation pathway. It includes one genus Pereskia, with 17 species.

This subfamily includes the solitary genus Maihuenia, which in turn includes only two species. The plants are shrubs with stems clustered together forming a low cushion-like growth. They have the C3 carbon fixation pathway only. The two species are found in Argentina and Chile.

This subfamily includes 5 tribes and 15 genera. One of the unique features of the members of this subfamily is the presence of ‘glochids’. These are short, hairy spines located on the areoles of plants. The stem is segmented, and the segments are called ‘cladodes’. As far as the growth forms are concerned, there is quite a lot of variation among the different species. Some are shrubby, some tree-like, and some form low mounds.

This is the largest of all the subfamilies, and has nine tribes. Plants vary in growth habit, from large tree-like, small and shrubby, to epiphytic cacti that live on trees. The stems are rarely segmented. The leaves are extremely reduced or entirely absent. The cacti in this subfamily are distributed throughout both North and South America.

Classification of Cacti According to Growth Form

Cacti can be roughly classified on the basis of their growth form, also known as growth habit. This, of course, is purely on the basis of the plant’s morphology (external appearance) and pattern of growth, and does not take into account other features. Cacti belonging to the same genera may exhibit totally different habits. 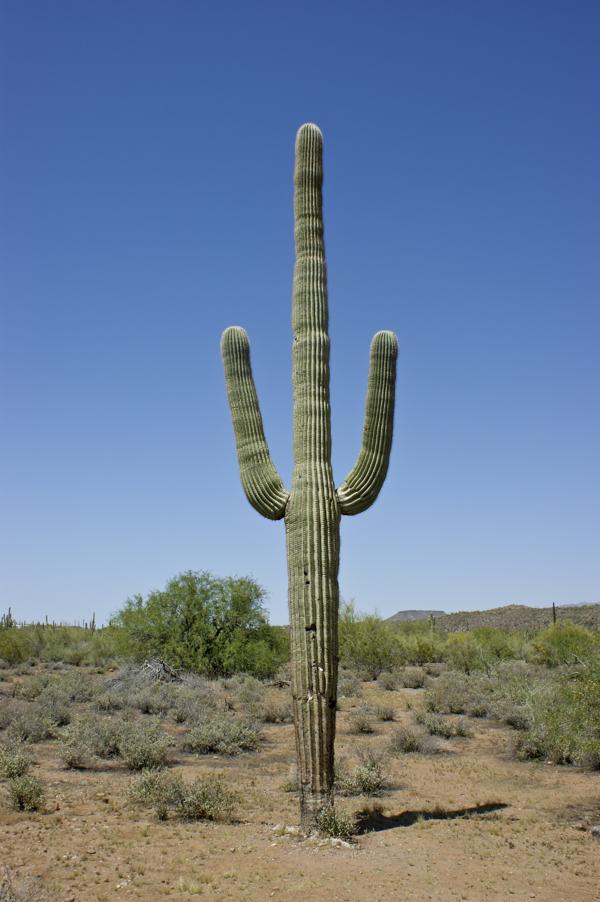 These cacti have cylindrical stems. Some cacti in this group have a single stem, while many others exhibit branching and have several stems. 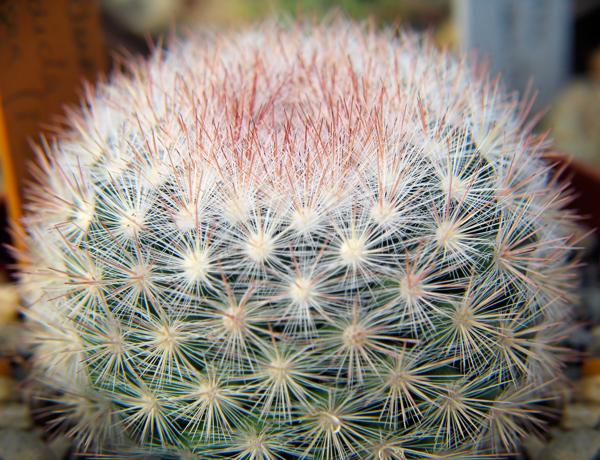 The cacti belonging to this category do not have one predominantly long stem, but usually have short, lumpy stems clustered together. Some members of this group grow high in the Andes, and can tolerate relatively low temperatures. 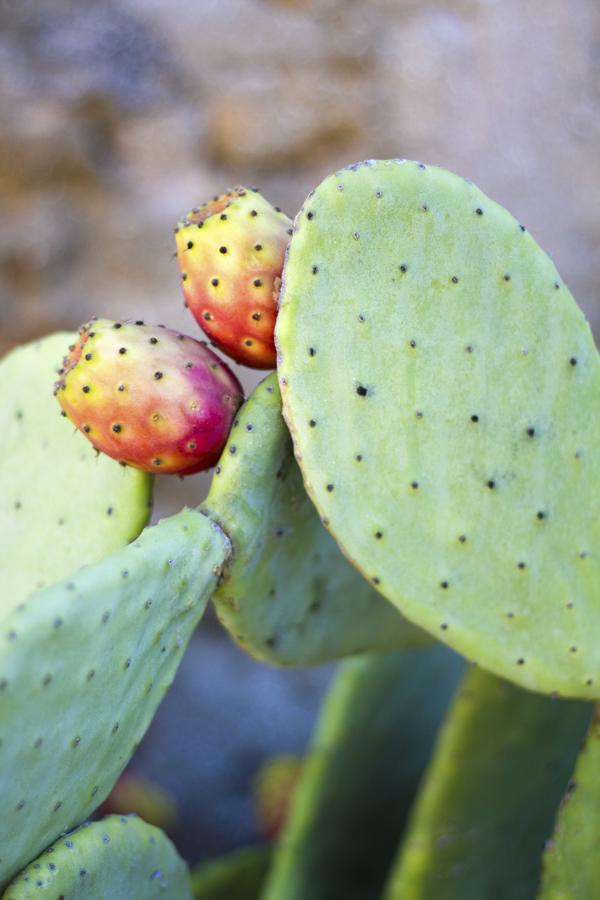 The stems of the plants of this group of cacti look like fleshy leaves. They have a lot of variation in shapes and sizes.

Popular plants in this group are Epiphyllum oxypetalum (Dutchman’s Pipe), Hylocereus costaricensis (grown commercially for its fruit), Disocactus ackermannii, Schlumbergera truncata (Christmas Cactus). A large number of plants of the genus Opuntia are also included in this group. Many species of Opuntia are called ‘Prickly Pears’. Cacti in this group have very thick, flattened branches, which are joined end to end. The other genera in this category are Tacinga and Tunilla. 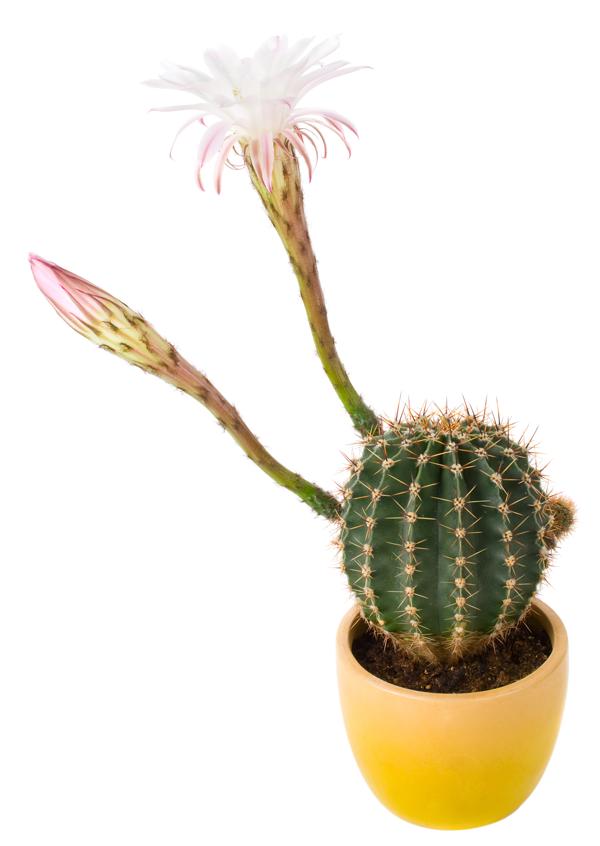 This category includes many genera. The cacti have rounded stems, but there are many variations in the basic shape.

Many species of the genera Mammillaria, Rebutia are globose. Some cacti in this category are Lophophora williamsii (Peyote Cactus), Coryphantha elephantidens (Elephant’s tooth), Echinocactus grusonii (Golden barrel cactus), and Echinocactus polycephalus. Some globose cacti have rounded but slightly elongated stems. Well-known plants of this type are Ferocactus wislizeni (Fishhook Barrel Cactus) and Astrophytum myriostigma (Bishop’s Cap). Some globose cacti are globular but flattened at the top. A number of cacti of the genus Gymnocalycium are of such type. 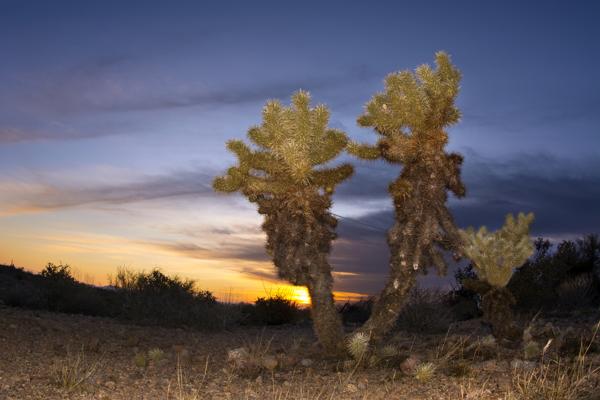 Cacti in this category look like shrubs. Some have one prominent stem with the other branches emerging and spreading out from it. 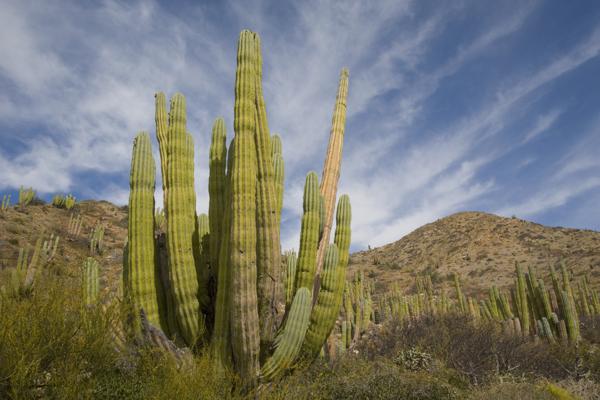 Cacti in this group have a single, prominent trunk, while the other branches grow out of it in the vertical direction. The cacti of some species of this group, when fully grown, are quite massive. Some cacti bear a striking resemblance to candelabra, or branched candlesticks.

Popular Cacti for the Garden

Cacti are very popular with gardening enthusiasts, and in most cases do not require much care. Most of them require good sunlight and minimal amount of water, and should not be exposed to frost. Many of the popular cacti are hybrids created to be unique and thus stand out when compared to the natural cacti growing in the wild. 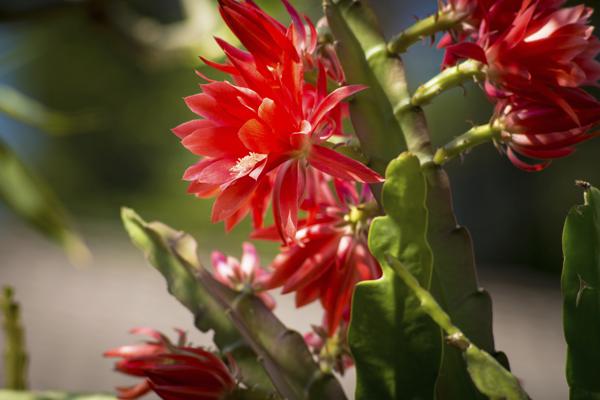 This one is also known as ‘Whitsun Cactus’, and is very popular and widely cultivated as a houseplant. It is a highly branched plant, with flat, segmented, dull green stems bearing brightly-colored flowers that bloom in April or May. Native to Brazil, it can withstand a wide range of temperatures. However, it is advisable not to expose it to temperatures below 7° C. It can be safely watered all year round, but over-watering, especially in winter, should be avoided. 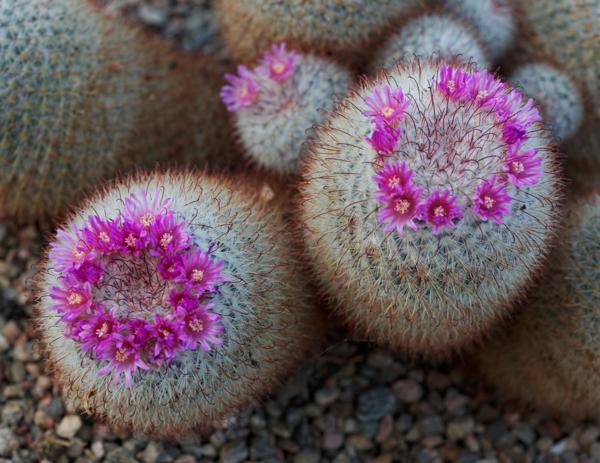 The cacti belonging to the genus Mammillaria are called Pincushion Cacti. Their stems are usually short when young, but elongate as they grow. The flowers emerge from the region between the areoles. Mammillaria require good sunlight, but exposure to harsh midday sun during the summer months should be avoided. Watering should be done only if the roots are completely dry. 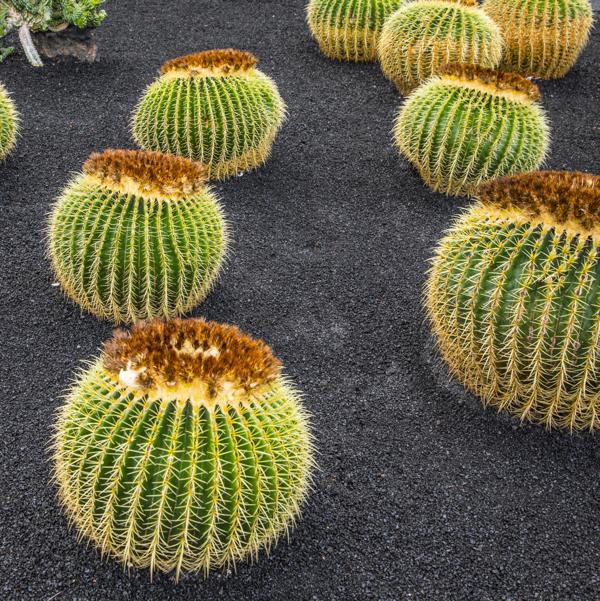 The Golden Barrel Cactus, although very popular as a cultivated species, is endangered in its natural habitat. It was almost wiped out from its natural habitat in Mexico by a single catastrophe: the construction of a dam. It is globose, or cylindrical with a flattened top, and grows to a height of about 1 – 2 feet, and a diameter of 2 – 3 feet. It may grow as a solitary plant, or more often, spawn offshoots at the side to form clusters. It grows well in a high-temperature environment. 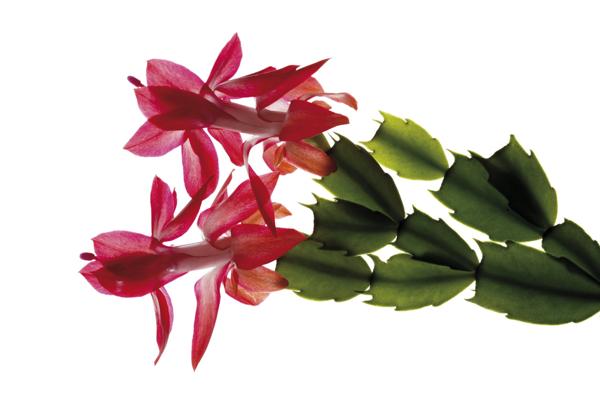 Also known as ‘Crab Cactus’, it blooms in winter around the time of Thanksgiving, hence the name. It is native to Brazil, but is widely cultivated for its flowers, that come in a range of hues. It is often confused with the Christmas Cactus, which is a hybrid of two species. One of the main differences between the two is that the Thanksgiving Cactus blooms almost a month before the Christmas Cactus. The Thanksgiving cactus needs cooler temperatures and shorter day lengths to produce buds. 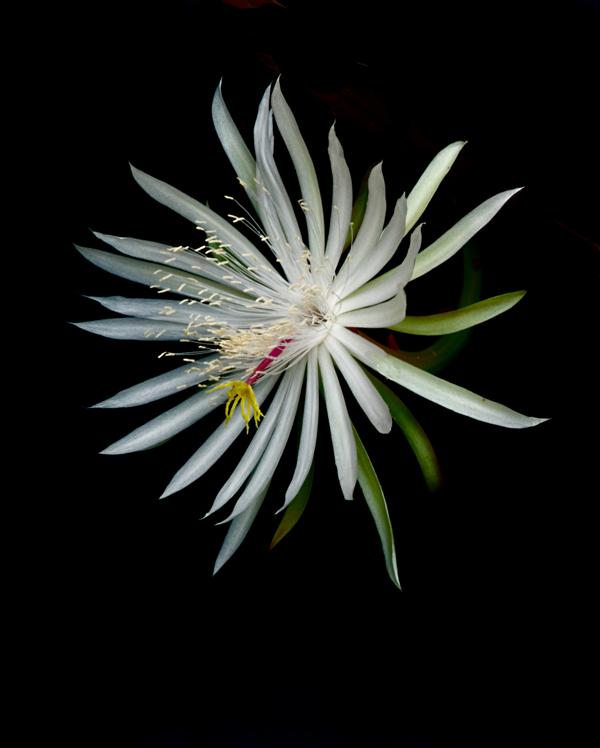 ‘Dutchman’s Pipe’ is an epiphytic cactus (grows on trees instead of on the ground) native to Brazil, but popular throughout the world for its large, white, fragrant flowers that bloom only at night and wilt at dawn. Being a native of tropical rainforests, it needs more watering than cacti from a desert-like environment. However, over-watering should be avoided. It should be protected from scale bugs by spraying with a suitable insecticide. 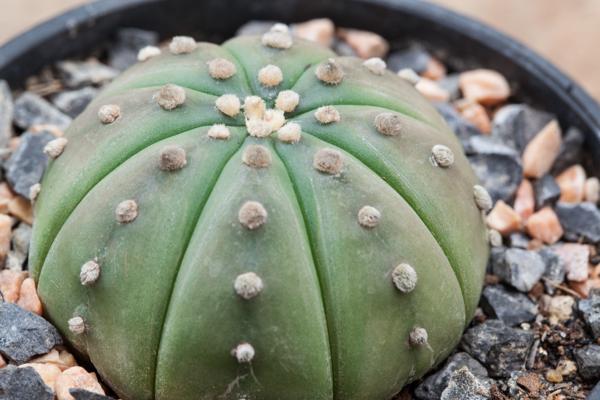 Also known as ‘Sea Urchin Cactus’ or ‘Sand Dollar Cactus’, it is a small, star-shaped cactus with a woolly appearance. In the wild, it does not grow much above the surface of the soil and so is seen to be almost level with the ground. It has no spines, so is easy to handle. The variety “Super Kabuto” is especially popular. The star cactus needs to be repotted more frequently than other cacti and needs to be watered depending on whether it is growing or not. 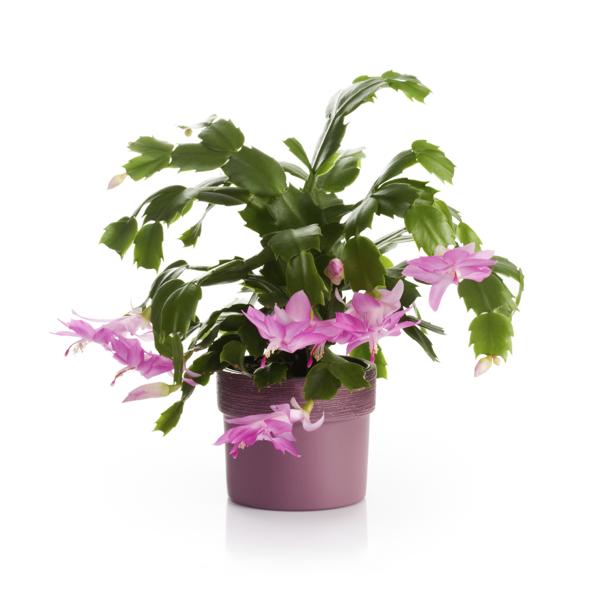 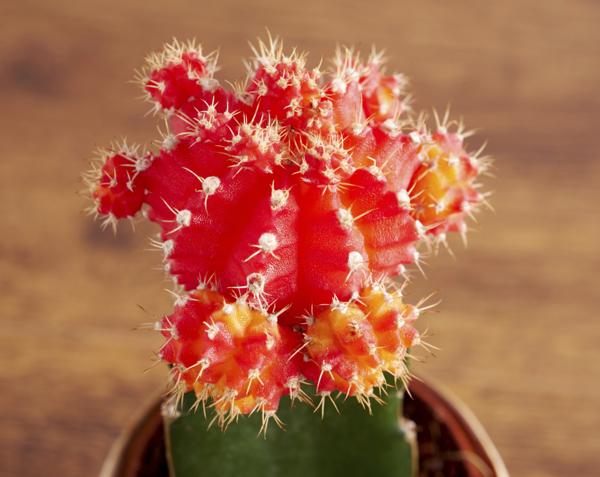 Cacti of the genus Gymnocalycium are popularly called ‘chin cacti’. One of the most popular cultivars of the chin cactus is the ‘Hibotan’. It is a mutant that lacks chlorophyll, so the stem manifests colors such as red, yellow, pink and orange. Since it lacks chlorophyll, it cannot manufacture its own food. For this reason, it is grafted onto some other cactus (usually one of the genus Hylocereus), so that it can derive nourishment from it. 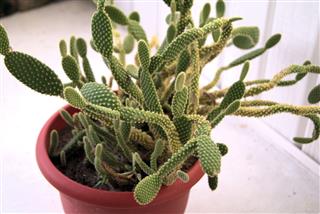 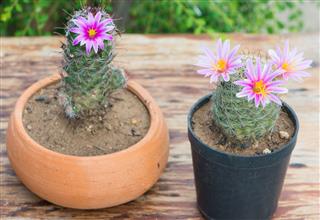 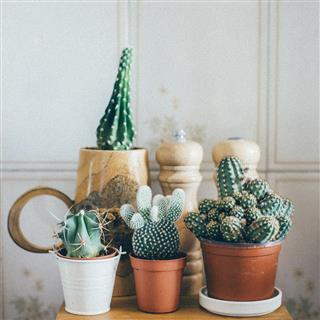 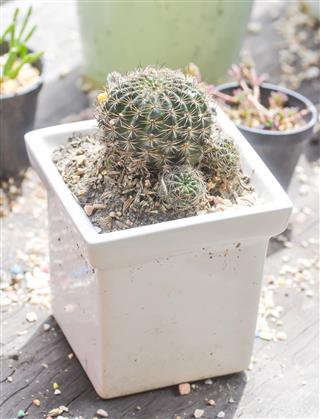 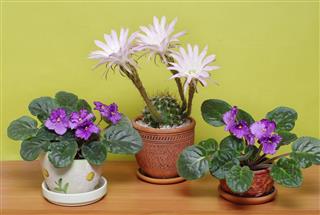 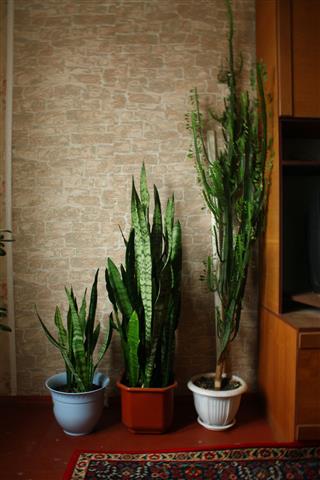