Though pruning is not indispensable for penstemons, it is beneficial for an extended blooming season, and for protecting them from harsh winter temperatures.

Though pruning is not indispensable for penstemons, it is beneficial for an extended blooming season, and for protecting them from harsh winter temperatures. 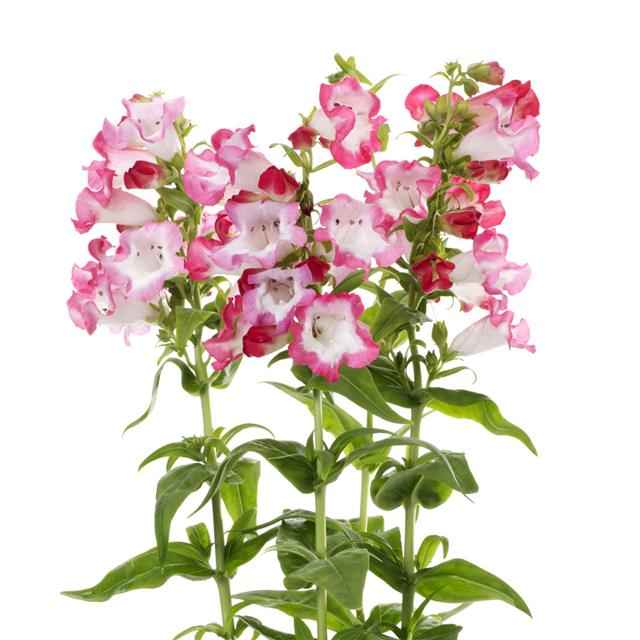 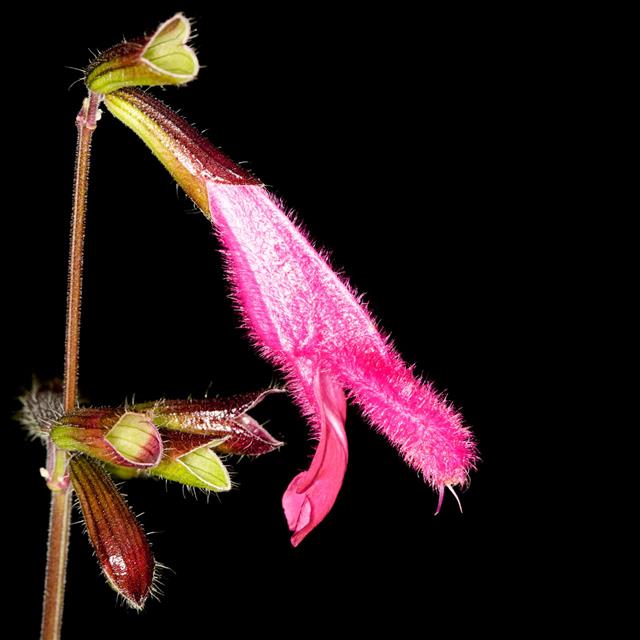 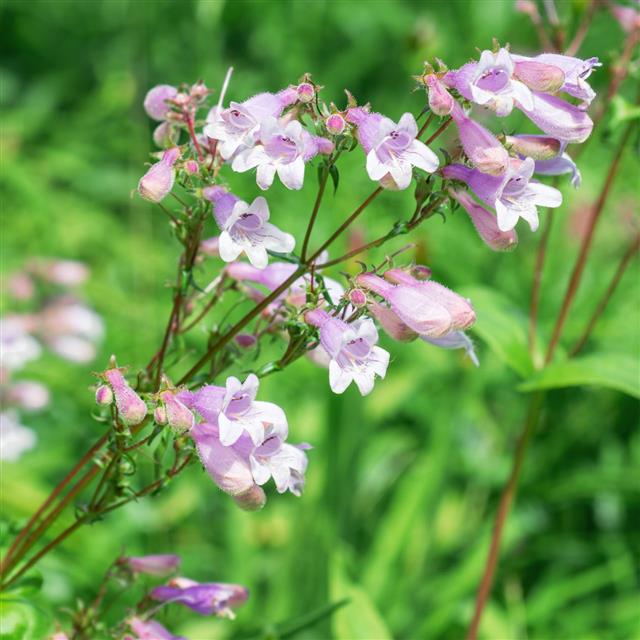 Grow penstemon flowers if you like butterflies and hummingbirds in your garden.

Commonly known as beardtongues, penstemon plants are very popular for their tube-shaped flowers. There are more than 250 penstemon species, and many of them are native to North America. Others originated from certain parts of Asia. These plants belong to the genus Penstemon in the family Plantaginaceae. Usually, penstemon plants grow as shrubs, and can attain a maximum height range of 10 centimeters to 3 meters.

The blooming time extends from summer to early fall. This plant produces dense spikes with bell-shaped blooms. Each flower has two lips – the upper one with two lobes, and the lower one with three lobes. This feature may not be prominent in all species. While some species have lance-shaped leaves, slightly broader leaves are seen in others. The common foliage color is green, but there are some species having purple-red leaves too.

The common name ‘beardtongue’ is derived from its hairy staminodes (sterile stamen),
as seen in these Penstemon palmeri flowers.

How to Prune Penstemon Plants

Penstemon plants are perennials that grow well in USDA zones 4 to 9. Most of the species are drought-tolerant, but hybrids may require frequent watering. These plants need well-drained soil and partial to full sun. When it comes to care, pruning is mainly aimed at the growth of new shoots, for extending the flowering season and for protecting them from frost. Pruning is also beneficial for maintaining the shape and appearance of these plants when they get too leggy.

In colder areas, you have to protect the penstemon from frost. In that case, cut back the plant to a few inches, and cover it with a thick layer of mulch. In regions with mild winters, these plants can be cut back by about a third when they are done with flowering. There must be enough foliage to protect these plants from winter.

Pruning during this season is meant for boosting the growth of new shoots. You can remove the old stems when the plants develop new shoots during spring. Such pruning enables the plants to direct their energy towards growing healthy shoots and blooms. Before pruning, check whether the new shoots develop from the base of the plant or from old stems. If they are emerging from the base of the plant, you can remove the old stems by cutting them to ground level. If such growths are emerging from the existing stems, the latter have to be cut above the shoots. If there are no new growths, you can cut back the plant just above the lowest set of healthy leaves.

Removal of spent flower spikes may prove beneficial in two ways. It encourages the plant to grow new shoots and another round of blooms, rather than spending energy in forming seeds. It prevents seed formation and growth of unwanted penstemons in other locations. While removing the flower spikes, make sure that you cut them just below the first set of healthy leaves located below the blooms. You can also leave a few flower stalks on the plant itself, if you want seeds.

In short, you can prune penstemons if you want an extended flowering season or to grow healthy plants. Even diseased and damaged stems have to be removed at times. Sometimes, these plants may get leggy, and pruning helps in maintaining their health as well as their appearance.

Penstemon plants can be propagated using their seeds or stem cuttings. Root division is another method of propagation. You can start the seeds outdoors after the last frost when the soil gets warm. These seeds can also be started indoors before the last frost. All you need to do is to place them on a well-draining potting mix or soil, cover them lightly, and spray some water.

Stem cuttings can be taken during summer or autumn. You need non-flowering stem tips with a length of around five inches. Cut them just below the leaf nodes. Once done, remove the tips, the bottom set of leaves, and a few more leaves. Dip their bottom ends in rooting powder, before planting the cuttings in a mixture of compost and perlite. Keep them in a shaded location with good air circulation. They have to be placed indoors during the winters. You can also divide the root mass and produce separate plants. For this purpose, you have to dig out the plant once every two to three years.

Once the stem cuttings or seeds sprout and develop a few leaves, they can be transplanted. They can be grown in locations with full sun or partial shade. However, full sun is best for the production of flower spikes. Plant them at a distance of 15 to 35 inches, as per the size of the species. Overwatering is not good for these plants, as their stems may start rotting. Feeding can be done with a balanced fertilizer that can be applied once a year during spring. In short, penstemons are easy to grow, as they require less care and maintenance. Above all, you have ample choice when it comes to plant size and bloom color. 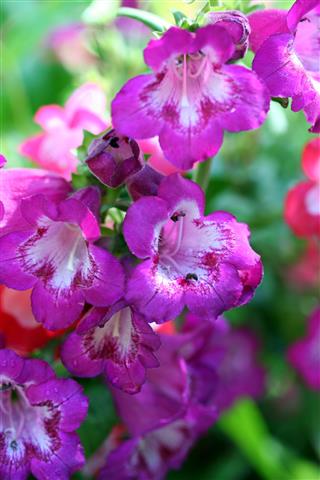 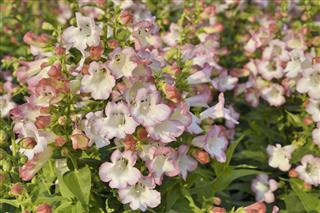 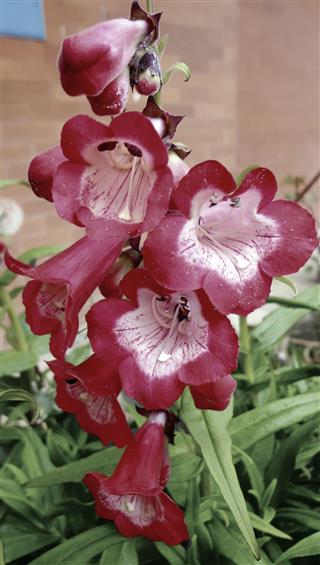 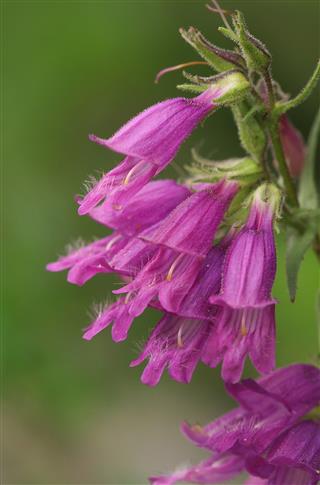 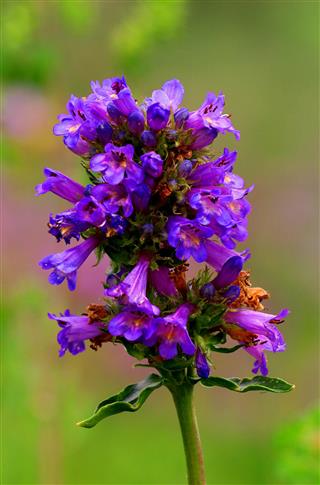 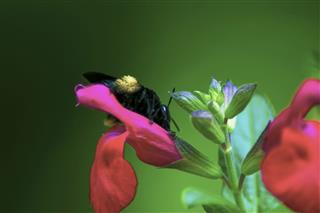 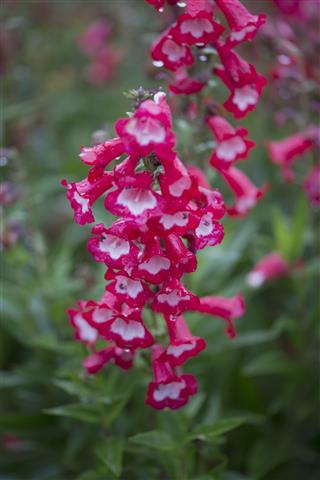 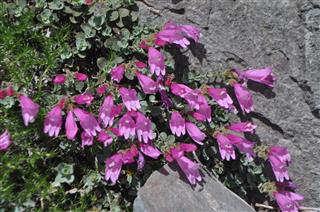