No garden or landscape is complete without the presence of the hardy, easy-to-grow, and succulent sedum plants. They exhibit a number of beautiful varieties. Gardenerdy briefs you on 18 sedum plant varieties with their pictures.

No garden or landscape is complete without the presence of the hardy, easy-to-grow, and succulent sedum plants. They exhibit a number of beautiful varieties. Gardenerdy briefs you on 18 sedum plant varieties with their pictures. 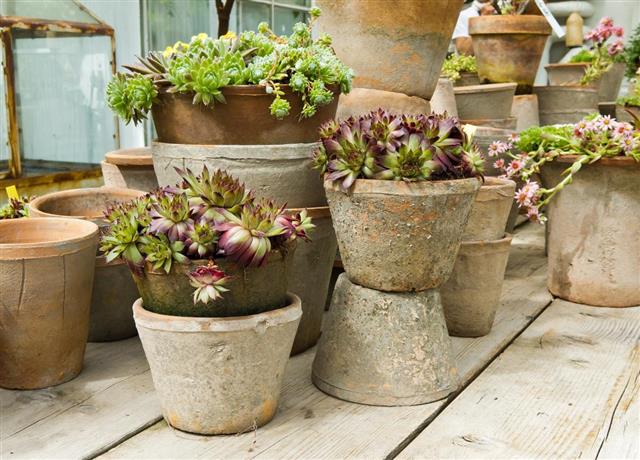 What’s in a name?

Sedum’s botanical name means “to sit”, and is referred to as rocky stonecrop in England based on its ability to creep along rocks and for the way it rests on cliffs.

Sedum is a large genus of leaf succulents belonging to the Crassulaceae family. It is commonly known as stonecrops. It is found throughout the Northern Hemisphere in the form of herbs and shrubs. It flourishes in any well-drained, sunny patch and is extremely easy to grow. The succulent nature of its foliage enables it to withstand drought and neglect. The plant is also salt-tolerant.

The foliage color ranges from green through yellow, red, burgundy, and blue, while flowers can be white, yellow, pink, or red. They grow in different forms, i.e., from low ground cover, creeping type plants, to those of an upright stature.

Sedums are one of the most favored perennials in American gardens due to the ease in growing them and their hardy nature. They are an excellent choice as a border plant, container plant, or as a roof plant. They attract a wide range of butterflies and are rabbit-resistant. They are not usually bothered by pests or diseases except the odd outbreak of aphids, which is usually taken care of by ladybugs.

Fuldaglut – It requires abundant sunlight, and grows up to a height of 3 inches. It bears tiny rose-red, star-shaped flowers on mixed colored foliage that turns red in August.

Graveyard Moss – It requires partial shade and grows up to a height of 5 inches. It produces bright yellow flowers in May-June.

Coral Carpet – It requires partial shade and grows up to a height of 4 inches. The light pink/white flowers bloom amid small, coral, fleshy leaves in early summer.

Flaming Carpet – It grows to a height of 8 inches and blooms in summer. It is quite hardy, heat and drought tolerant, and will grow in almost any soil.

Blue Spruce – It grows up to 9 inches in height, and produces yellow star-shaped flowers in June. It is often used in rooftops and containers.

Purple Emperor – It won the 2002 ISU Perennial Award for Best New Introduction. It exhibits a dark reddish-purple foliage and dusty rose flowers in large clusters. It grows to a height of 16 inches.

Lidakense – It forms small rosettes that grow in low clumps, and produce deep pink/magenta flowers in late summer and fall.

Lime Zinger – Its apple-green leaves have an edging of cherry red and grow to a maximum height of 6 inches. It produces large clusters of pink flowers from late August through September.

Autumn Fire – It has thick, red-colored flowers in late summer and fall. It grows to a height of 30 inches.

Dragon’s Blood – It requires partial shade and grows to a height of 7 inches. Its bronze foliage is covered with red blooms in summer.

Pure Joy – It grows up to 13 inches in height. It shows small, serrated, blue-green leaves forming a rounded, low mound. Bubblegum pink flowers are seen in August and September.

Autumn Joy/ Herbstfreude – One of the most popular perennials, it boasts light green leaves and deep rose flowers. It grows to a height of 25 inches.

Sea Urchin – It prefers partial shade and grows to a height of 7 inches. Its silver-green leaves are edged in white, and has bright yellow blooms.

Cape Blanco – It forms tight, tiny rosettes that spread low. The foliage is silvery and blue that later turns crimson.

Rosetta – Its leaves are clustered together in the shape of roses on arching stems. White flowers bloom at the end of each branch in late summer. This plant can be 16 inches tall.

Red Wiggle – It grows to a height of 6 inches, and produces low-growing, needle-like leaves that start out as green and later turn red. It produces yellow blooms.

Weihenstephaner Gold – It needs to be grown in partial shade. It is a low-growing sedum that reaches a height of 6 inches. It is popular due to its yellow flowers that bloom in early summer.

Ornamental
Due to their attractive appearance and hardiness, numerous varieties are cultivated as garden plants.
The cultivars―Herbstfreude, Bertram Anderson, Matrona, and Ruby Glow―have been awarded the Royal Horticultural Society’s Award of Garden Merit.

Food Source
The leaves of Sedum reflexum, also known as stone orpine , are often used as herbs or in salads in Europe. They have a slightly sour, astringent taste.

Sedum divergens was consumed by the First Nations people in Northwest British Columbia. It is also used in salads by the Haida and the Nisga’a people.

Medicinal
Sedum acre was used to cure epilepsy and dermal afflictions. It was also used in ancient Greece as an abortifacient.

Roofing
Sedums can be used as a roof covering in green roofs, where they are preferred to grasses as they are low-maintenance plants.