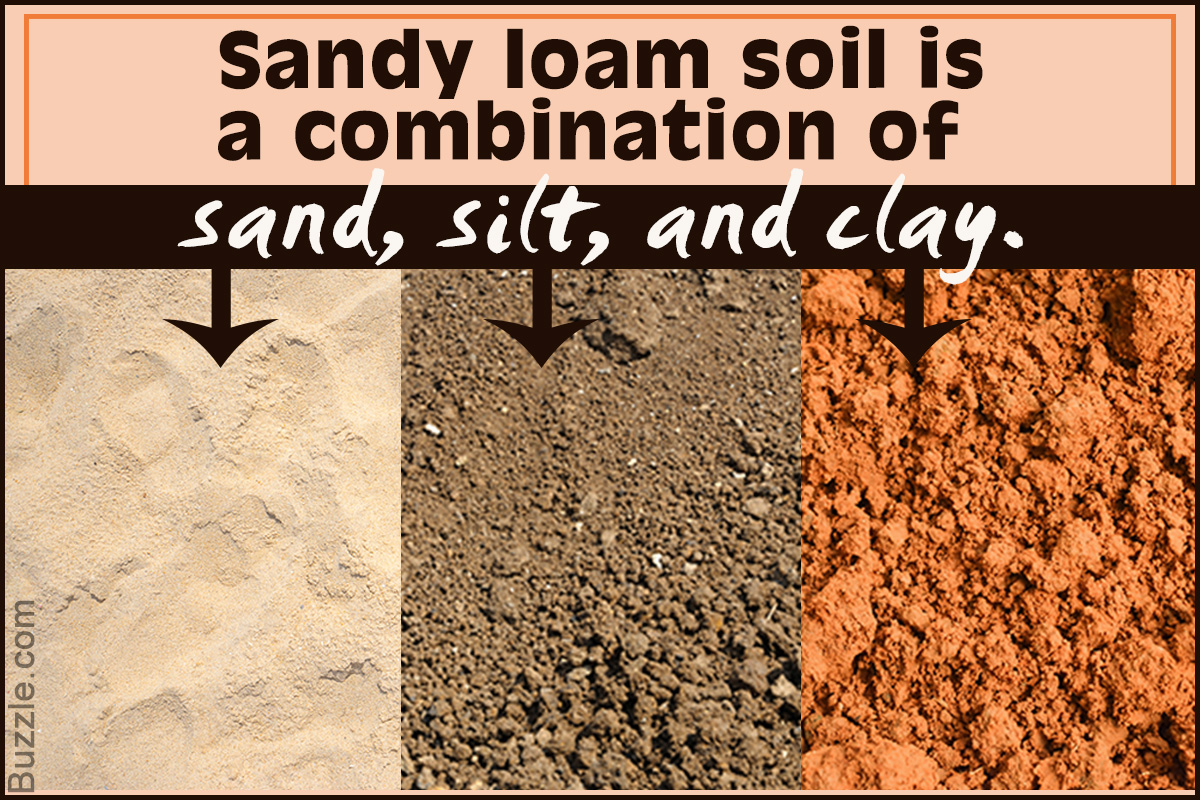 The size of sandy loam grains varies from very fine to very coarse and is mainly dependent on the size of the component sand particles.

In geology, the soil textural triangle determines the proportions of clay, silt, and sand in soils. Sandy soils are known to allow water to move rapidly through them, whereas loamy soils hold water. Thus, the combination of these two soils is very nutritious and fertile for plants to grow. The texture of sandy loams can be characterized by performing three tests which are as explained below:

◀ Feel test: This is the most basic method to identify soil texture. In this method, soil must be held in the hands to get a feel of its texture. Sandy loam soils give a granular feel.

◀ Ribbon test: In this method, soil ball must be held in the hand and clinched between the fingers. This method measures the length of ribbon formed in inches. Sandy loam soils yield ribbons of less than an inch.

◀ Ball squeeze test: In this method, soil must be held in the fist and clinched. This test determines the resistance of the soil to breaking. Sandy loam soil remains together when gripped; however, on releasing the fist, it loses its firmness.

◆ Sandy soil particles are the biggest in size and resemble tiny stones. Being predominantly rich in sand, sandy loam soils are coarse in texture.

◆ Sandy loam soils are granular. They do not have a firm texture and fall apart easily.

◆ Sandy loam soils are reddish brown in color. They are less acidic and more alkaline.

◆ These soils provide good aeration by facilitating good flow of oxygen. Soil contains small living organisms which help the plant to absorb nutrients from soil for their growth. Organisms grow well due to proper aeration and in turn contribute to the plant growth.

◆ Sandy loam soils drain the excess water in them. This implies that they cannot hold water, which can lead to insufficient nutrition in plants, and ultimately, causing death. They require frequent fertilization and watering to boost plant growth.

◆ Sandy soils cannot retain water in them, whereas loamy soils can retain water. Thus, they are only apt for those plants which require ample draining of water.

◆ Bulk density describes the level of compaction of soil. It is the amount of soil in a given volume. The critical bulk density for sandy loam ranges from 1.55 to 1.75 g/cm3.

◆ The pH of soil is an essential factor for plant growth as well as the existence of bacteria and nutrients in the soil, which make it more fertile. The pH value of sandy loam soil varies between 0.8 to 1.3.

Sandy loam soil is very useful for farmers and gardeners. However, it needs to be worked on in terms of the nutrients, i.e., nutrients need to be added frequently.