Ever heard of a flower that weighs around ten kilograms? Rafflesia is the largest and heaviest flower in the world, with an equally heavy stench. 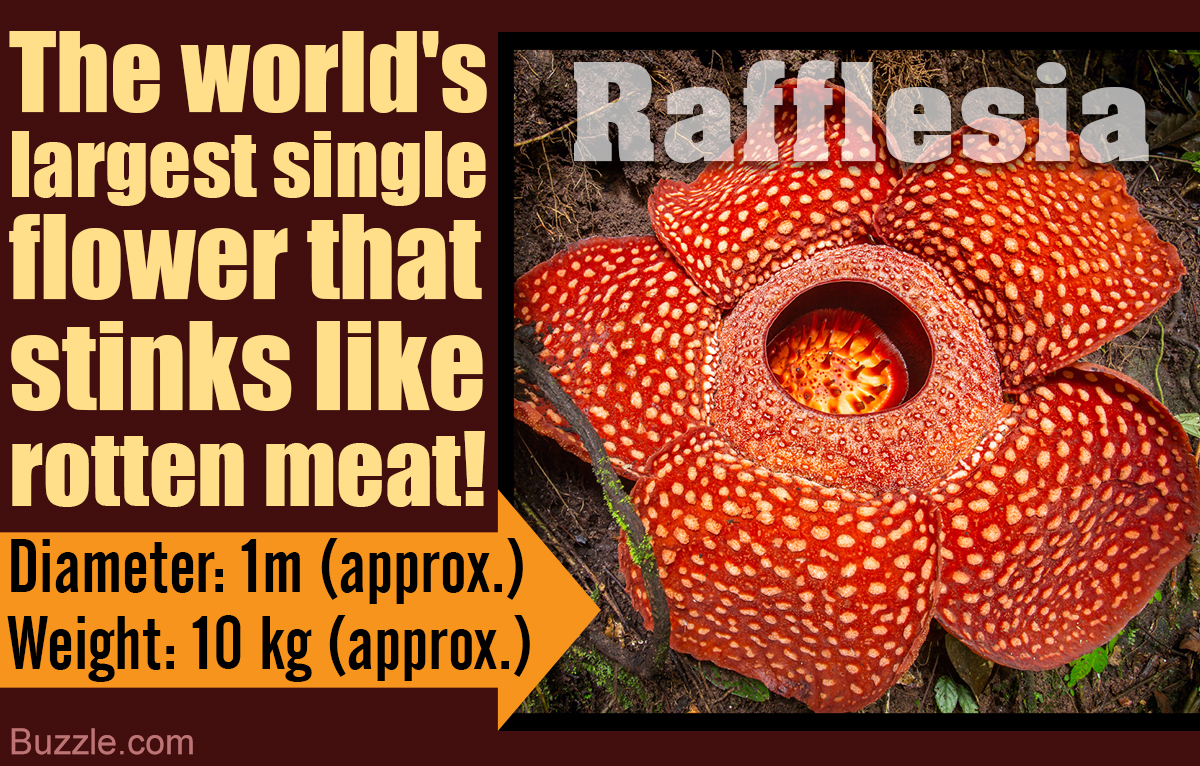 Ever heard of a flower that weighs around ten kilograms? Rafflesia is the largest and heaviest flower in the world, with an equally heavy stench.

Even though, Rafflesia is a genus that belongs to the family Rafflesiaceae, the term is most popular as the name of the largest flower in the world. The genus Rafflesia comprises 28 species of parasitic flowering plants, which are native to the Southeast Asian rainforest. The most interesting fact about the genus is that one of its species – Rafflesia arnoldii, produces the world’s largest single flower.

The term rafflesia is popularly used to denote the flower of Rafflesia arnoldii. It is also one of the stinkiest flowers in the world. Rafflesia arnoldii is a parasitic plant that exists as strands of tissues inside the vines of the host plant. Its presence can be detected only when the buds appear. It takes around ten months for the buds to bloom, but the flowers last for a few days only.

Largest Flower in the World 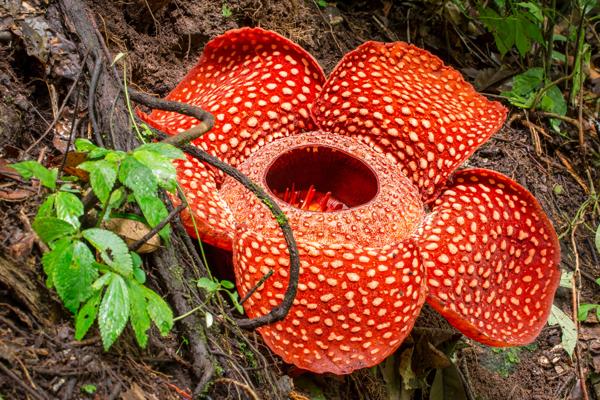 Rafflesia (Rafflesia arnoldii, to be precise) is the world’s largest single flower. Though titan arum is also said to be the largest flower, in fact it is the largest unbranched inflorescence (and not a single flower).

Rafflesia looks like a typical flower with five petals, but the difference lies in the fact that this flower can have a maximum diameter of 100 centimeters (one meter) and a weight of around seven to ten kilograms. The petals of this flower have a thickness of one inch. Even other rafflesia species have bigger flowers, the smallest one being twelve centimeters in diameter.

Apart from the giant size, rafflesia flower has certain other characteristics that cannot be seen in conventional flowers. It is red in color with five leathery petals that sport whitish wart-like speckles. The center has a well-like structure where you can find a central disc (raised on a column) with many spines. This disc is surrounded by a diaphragm. The sexual organs of the flower are located beneath the disc. Being unisexual, it can have either anthers or styles and not both (rarely, some of these flowers are found to be bisexual). Rafflesia is stinky and it smells like rotten flesh. So, it is also known as corpse flower or meat flower.

Rafflesia – A Plant With No Stems, Leaves, and Roots 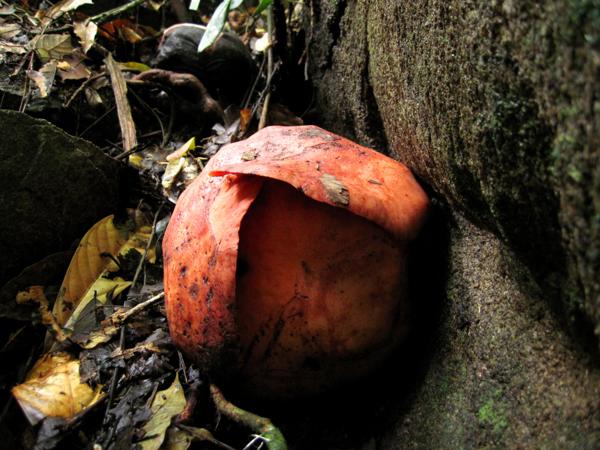 Unlike conventional plants, rafflesia lacks stems, leaves and roots. Its presence can be sensed, only when the buds appear on the host vine and develop flowers. The plant is an endoparasite that grows inside the stems of the host – Tetrastigma vines. The root-like parts (haustoria) of rafflesia grow inside the tissue of the vine and extract nutrients from the host plant to grow.

Once the plant matures, it produces buds that are found as small bumps on the vines. The buds develop on the vines and take around nine to twelve months to grow. The buds of rafflesia look like cabbages with brownish scales (covering) and orangish-red petals inside. The buds usually open during rainy nights. It takes around 24 to 48 hours for a rafflesia bud to open fully.

The flowers last for only five to seven days. After that, they wither and rot to a black slimy mass. But if the flowers are fertilized, they will produce fruits.The fleshy fruit of rafflesia is round in shape and has a diameter of about 12 to 15 centimeters. The fruit contains numerous seeds that are said to be dispersed by squirrels and shrews that feed on it.

The plant, which is an endoparasite is found to cause no damage to its host, even though it draws food from the latter. Speculation is that rafflesia seedlings can enter the host plant, only through the damaged roots or stems. 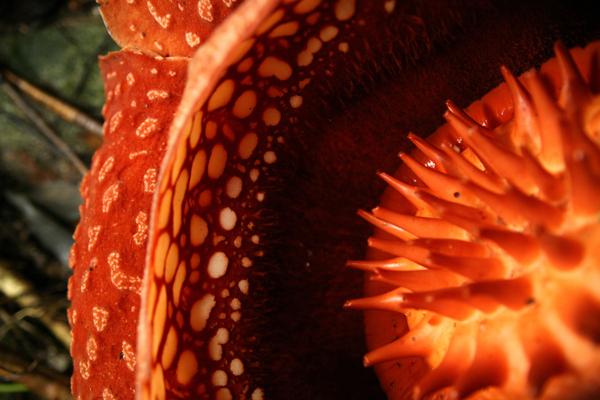 The genus Rafflesia is named after Sir Stamford Raffles, the adventurer and founder of the British colony of Singapore. He was the leader of the Indonesian rainforest expedition team, which is said to have found the rafflesia flower, during 1818.

The species Rafflesia arnoldii is named after Dr. James Arnold (his guide found the flower), who was a member of the 1818 Indonesian rainforest expedition headed by Sir Stamford Raffles.

The rotten smell is believed to be one of the rafflesia flower adaptations, which helps the plant to attract pollinators that mainly include flies. The smell is said to be stronger during the early morning hours.

The chances of successful pollination are very rare, as only 10 to 20% of the buds develop to flowers. Apart from that, there is no guarantee that male and female flowers bloom at the same period and are located nearby.

It has been observed that male flowers are much more common than female flowers and this affects pollination and reproduction negatively.

Rafflesia flowers are very rare to find, and are almost on the verge of extinction, due to habitat loss. There are various other factors that affect the survival of rafflesia species. They include the specific habitat requirement, high rates of mortality of the buds and difficulty in pollination. The buds of these plants are harvested by the locals, as they are believed to have medicinal properties.