Information About the Pitcher Plant With Amazing Pictures

Pitcher plants are carnivorous, and they have pitcher-like structures to trap prey. How do these plants trap their prey? Unlike animals, plants do not move around, and they don't have limbs, mouth, or sharp teeth to catch prey. Carnivorous plants have some special trapping mechanisms, which are adaptations that help them thrive in poor soil.

Home / Uncategorized / Information About the Pitcher Plant With Amazing Pictures 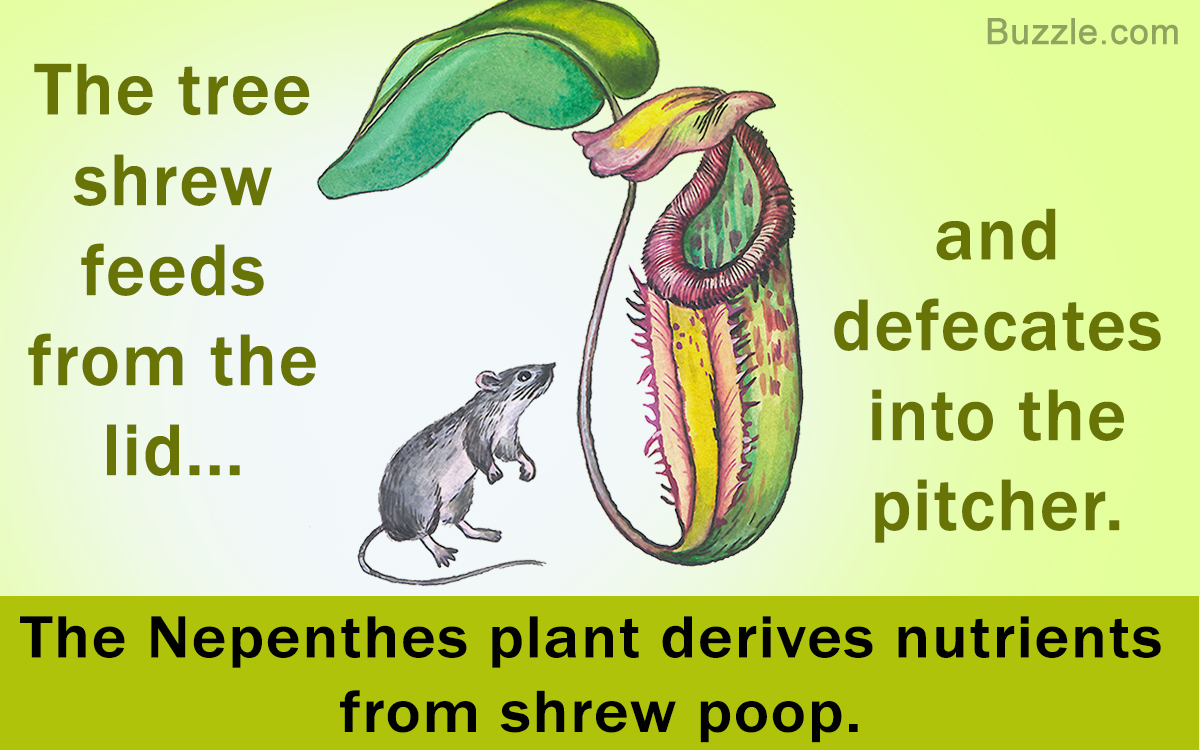 Pitcher plants are carnivorous, and they have pitcher-like structures to trap prey. How do these plants trap their prey? Unlike animals, plants do not move around, and they don’t have limbs, mouth, or sharp teeth to catch prey. Carnivorous plants have some special trapping mechanisms, which are adaptations that help them thrive in poor soil.

Nepenthes attenboroughii is among the world’s 100 most threatened species, as per the 2012 IUCN list.

Animals and humans are classified as herbivores, carnivores, and omnivores; according to their feeding habits. Plants do not fit into any of these categories, as they prepare their own food. However, certain plants are grouped as carnivores, because they trap insects and arthropods, and derive nutrients from the prey.

Most of the carnivorous plants grow in soil that lacks necessary nutrients, especially nitrogen. So, they derive nutrients by trapping and digesting insects and arthropods. There are various types of carnivorous plants with different trapping mechanisms like pitfall traps, snap traps, sticky mucilage, bladder traps, lobster-pot traps, etc. Plants with pitfall traps are called pitcher plants, as they have pitcher-like structures filled with digestive juices. These structures are modified leaves that are used for trapping and digesting prey. Though the basic function of these pitchers is the same in almost all species; their features may vary. 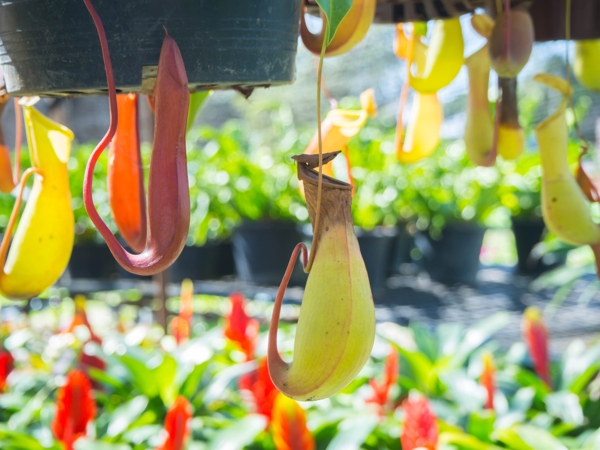 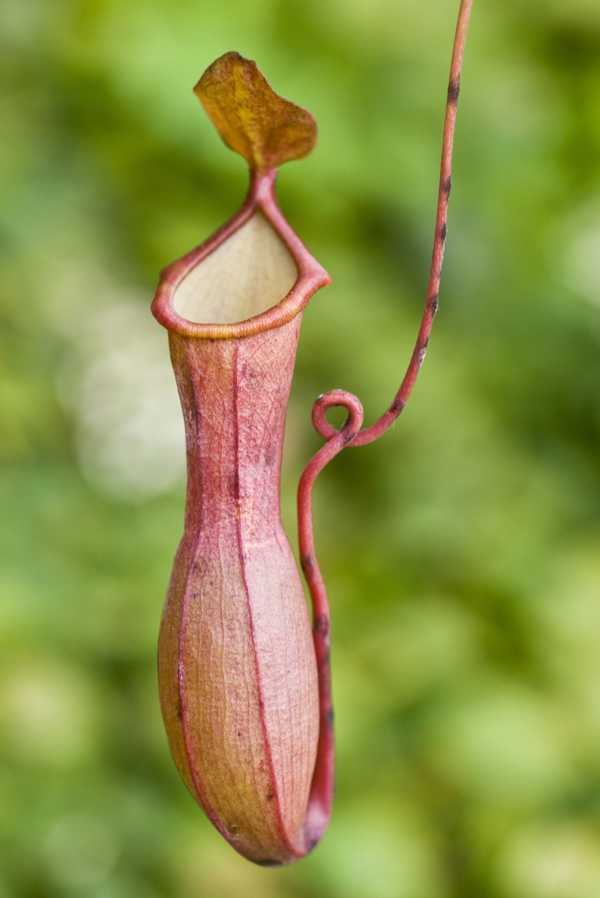 How do Pitcher Plants Trap Prey 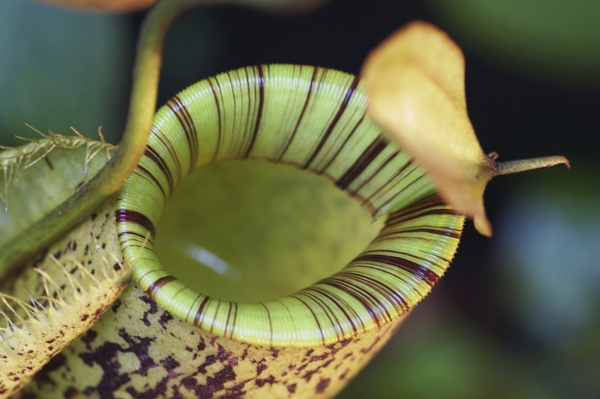 Most of the pitcher plants have some type of lure to attract insects. Many of them have attractively colored, elongated pitchers with nectar. Some species produce scents to attract their prey. The prey that enters the pitcher cannot escape, as the structure has slippery inner surfaces. The trapped prey will eventually drown in the liquid inside the pitcher. The liquid has digestive enzymes (secreted by the plant) that will dissolve the prey gradually. 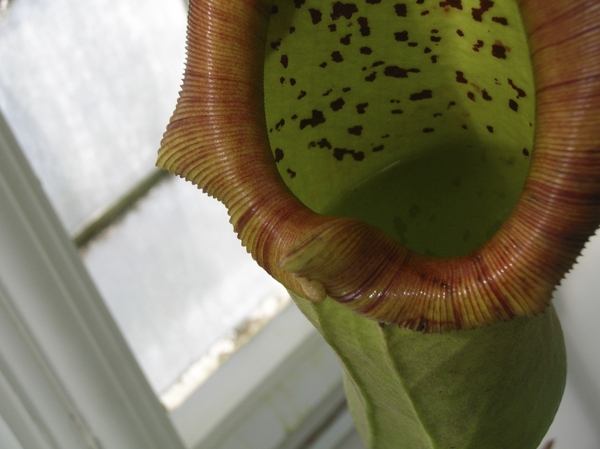 In some species, the liquid in the pitcher contains bacteria that act on the prey to decompose the latter. Some others have insect larvae, that feed on the trapped insects, and the plant absorbs the excreta of the larvae. These plants share a symbiotic relation with such larvae. Once the prey gets decomposed, the plant extracts amino acids, peptides, phosphates, ammonium, and urea from the solution. 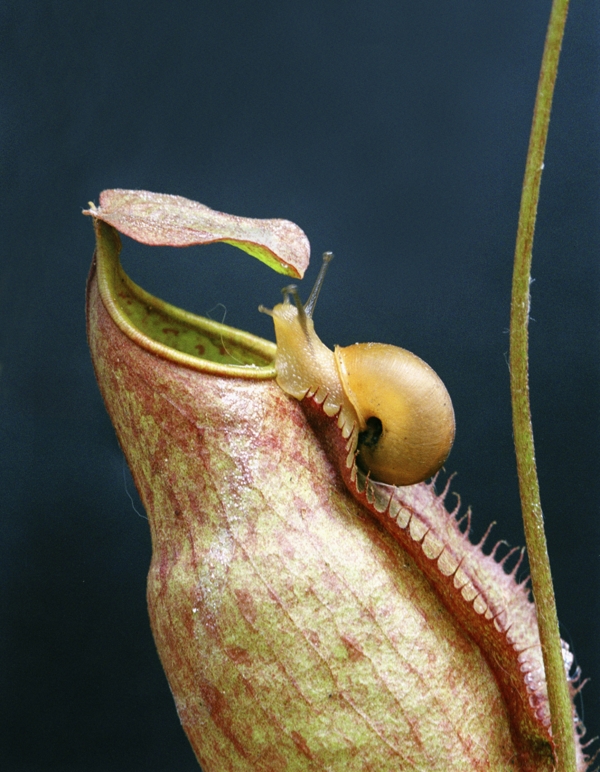 A snail entering the pitcher

Most of the carnivorous pitcher plants belong to the families Nepenthaceae and Sarraceniaceae. The family Cephalotaceae has a single species, which is called Albany pitcher plant (Cephalotus follicularis). There are certain pitcher plants in the family Bromeliaceae too. 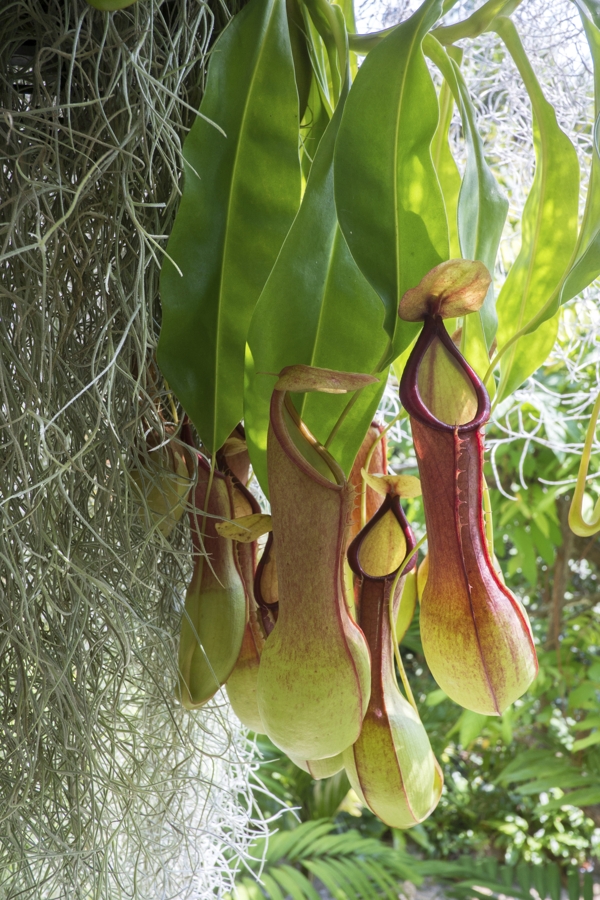 The family Nepenthaceae has a single genus Nepenthes with around 150 species of Old World pitcher plants. Most of these plants are climbers with tendrils that develop from the tips of their leaves. In fact, these tendrils are extensions of the midrib of their leaves. 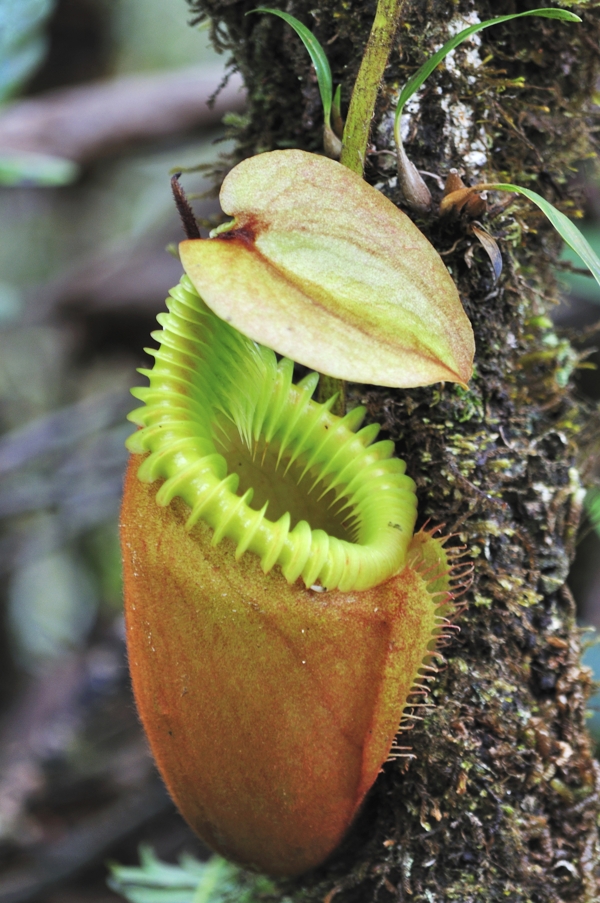 The opening of the trap has a moist, slippery, and colorful rim (called peristome), which attracts prey like insects. The slippery surface ensures that the prey that lands on the peristome slips and falls into the liquid inside the structure. Once trapped, the insect cannot escape, as the inner surfaces have a waxy coating, that is also slippery.

Most of the pitcher plants have a lid or operculum that is located above the pitcher. This lid covers the pitcher and prevents rainwater from diluting the digestive enzymes inside the structure. 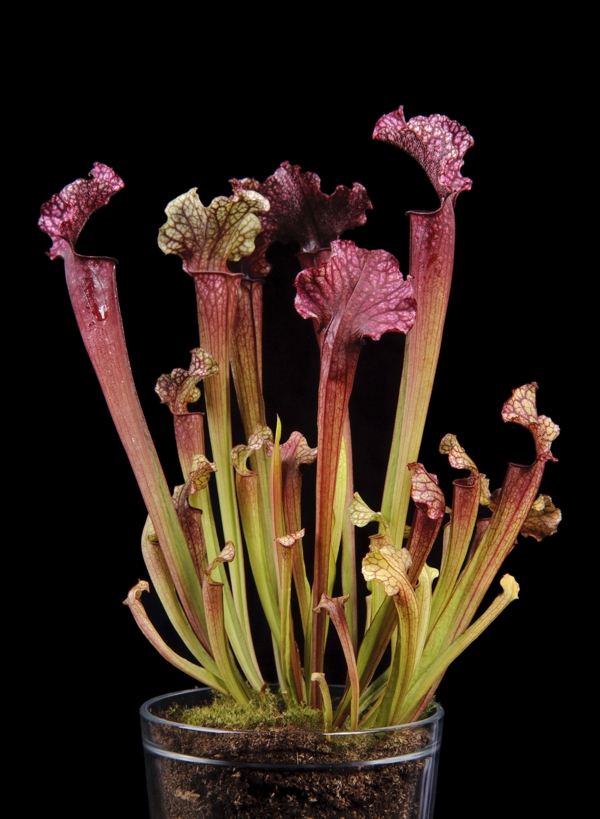 A Sarracenia pitcher plant and its pitcher

Unlike the Nepenthes species, the New World pitcher plants in this family are mostly ground-dwelling. In these plants, pitchers are made of whole leaves. The entire leaf rolls to form a funnel-shaped pitcher that holds digestive juices. Pitchers grow from underground rhizomes. 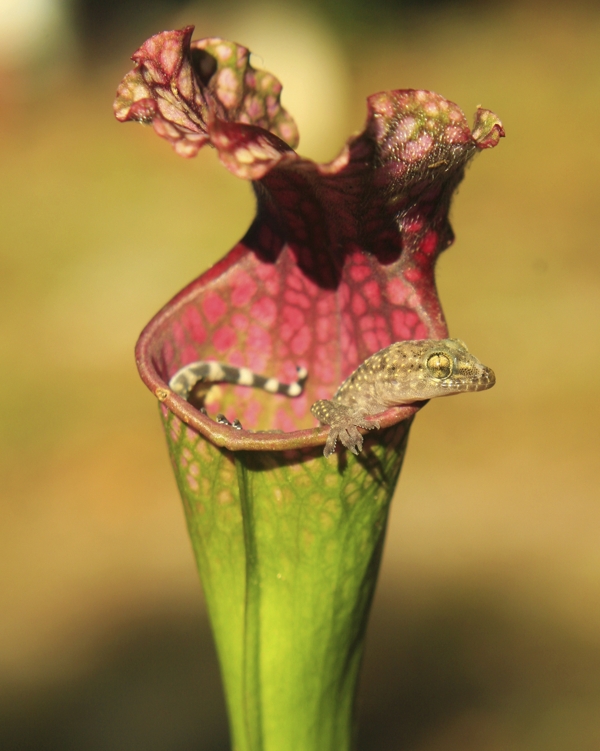 Most of the trumpet pitchers of the genus Sarracenia are found in the south-east United States. The peristome (lip) of the pitcher secretes nectar that attracts insects. Even the lid of the pitcher may contain small amounts of nectar. The inner surfaces of these pitchers have a waxy coating and fine, downward-pointing hair to prevent the prey from escaping. 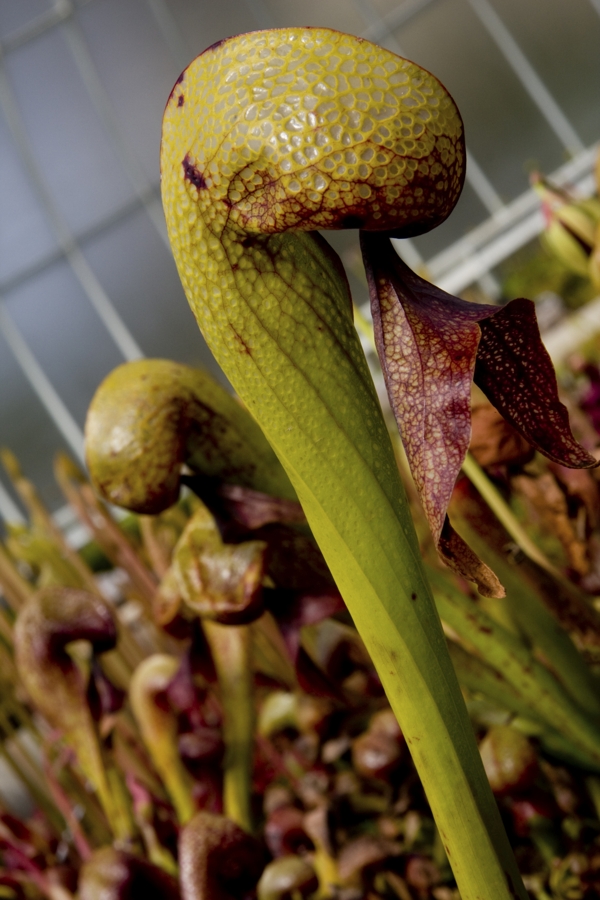 The Cobra lily (Darlingtonia californica) is the single species of the genus Darlingtonia. It is an uncommon plant that is seen in Northern California and Oregon. The name cobra lily is derived from the shape of its pitcher. The top of the pitcher has a hood-like structure (as in cobra) and a forked leaf that resembles the fangs of the snake. 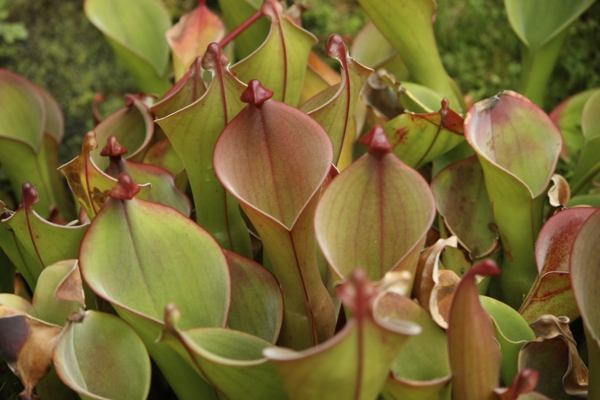 The genus Heliamphora has around 20 species that are found in South America. Known as sun pitchers, these plants grow in marsh. Pitchers are formed of folded leaves. 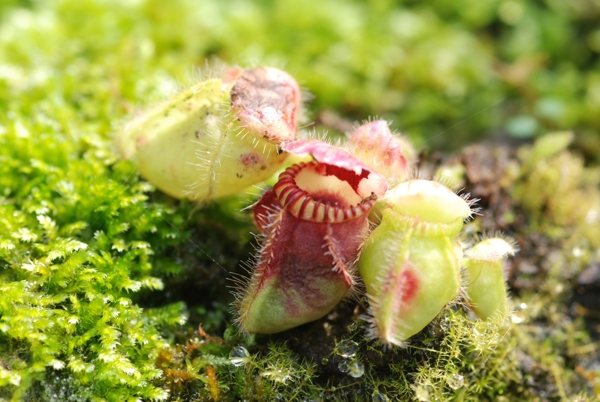 The family Cephalotaceae has a single genus Cephalotus that has only one species called Cephalotus follicularis. This pitcher plant is found in Western Australia. Otherwise known as Albany pitcher plant, it produces small pitchers that resemble moccasin shoes. So, the plant is also called moccasin pitcher. These pitchers can be red or green and have small lids.

Certain species in the family Bromeliaceae are carnivorous, and they have pitcher-like structures with sweet-smelling liquids. Brocchinia reducta is one such species. Another species called Catopsis berteroniana is also suspected to be carnivorous.

Among the two largest families of pitcher plants, the most popular species belong to Sarraceniacea, especially the genus Sarracenia. Most of the plants in this genus are found in the United States and are grown as outdoor plants.

While some species are easy to grow, other need extra care for survival. So, you must have a basic understanding about proper pitcher plant care, before you get one. 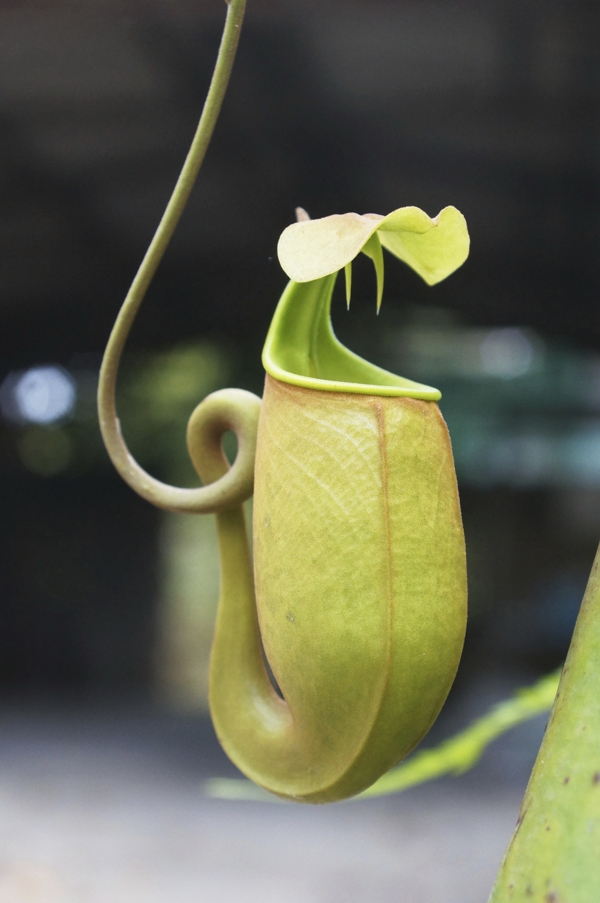 The fanged pitcher plant (Nepenthes bicalcarata) has two fang-like projections on its lid. 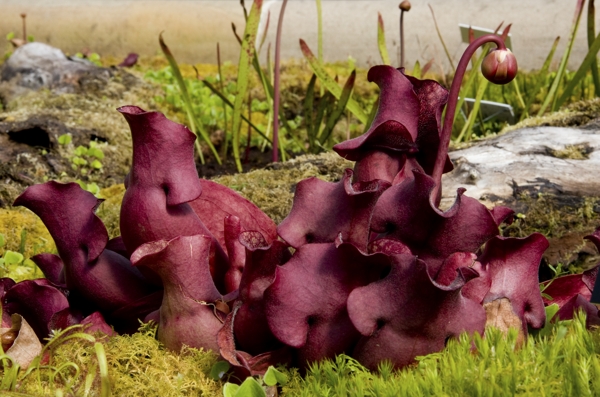 The purple pitcher plant (Sarracenia purpurea) is the floral emblem of Newfoundland and Labrador. 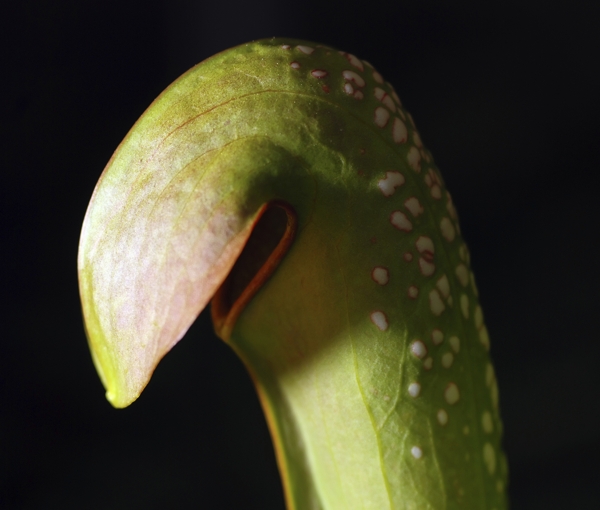 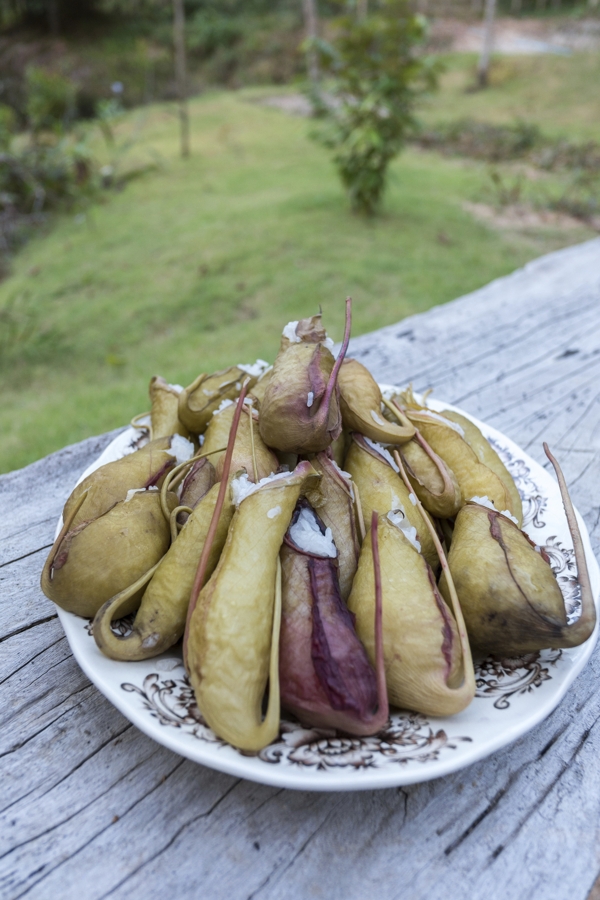 In some regions, like Vietnam, Borneo, and Sumatra; pitcher plants are used for culinary purposes. Pitchers of some Nepenthes species are stuffed with rice or tapioca, and boiled till the contents are cooked. 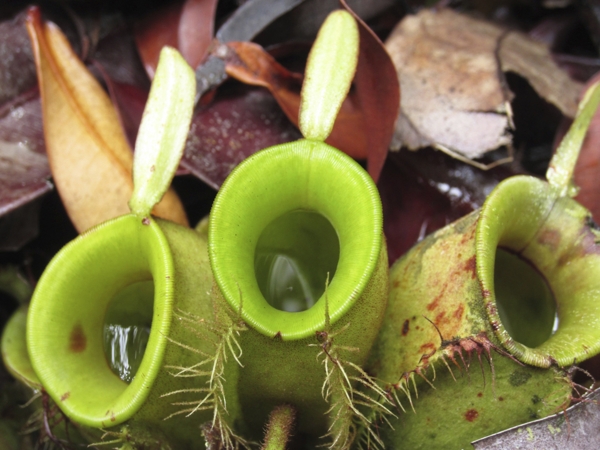 Nepenthes ampullaria is a non-climbing species that produce flask-shaped pitchers near the base of the plant. This plant does not produce nectar, and is not carnivorous. It derives nutrients by digesting leaves that fall into its pitchers.

Nepenthes rajah is well known for its large pitchers that can hold around three quarts of water. It can trap and digest small animals like mice, lizards, and even birds.

While most of the Nepenthes species trap a wide range of insects and small animals, Nepenthes albomarginata feed on termites only. It has a ring of white trichomes located below the peristome. Termites feed on these trichomes, and fall prey to the plant.

Darlingtonia State Natural Site is an 18-acre botanical park that is dedicated towards preservation of Darlingtonia californica or cobra lily.

Some Nepenthes species are also known as monkey cups, as the animals are found drinking water from the pitchers of these plants.

In short, pitcher plants have some amazing features that enable them to derive nutrients. Some of them can be grown as houseplants too.