Facts About the Pitcher Plant

Pitcher plants are unique because they are carnivorous and feed on insects by trapping them in pitcher-like structures. This Gardenerdy post brings you some more amazing facts and information about the pitcher plant that you probably didn't know. 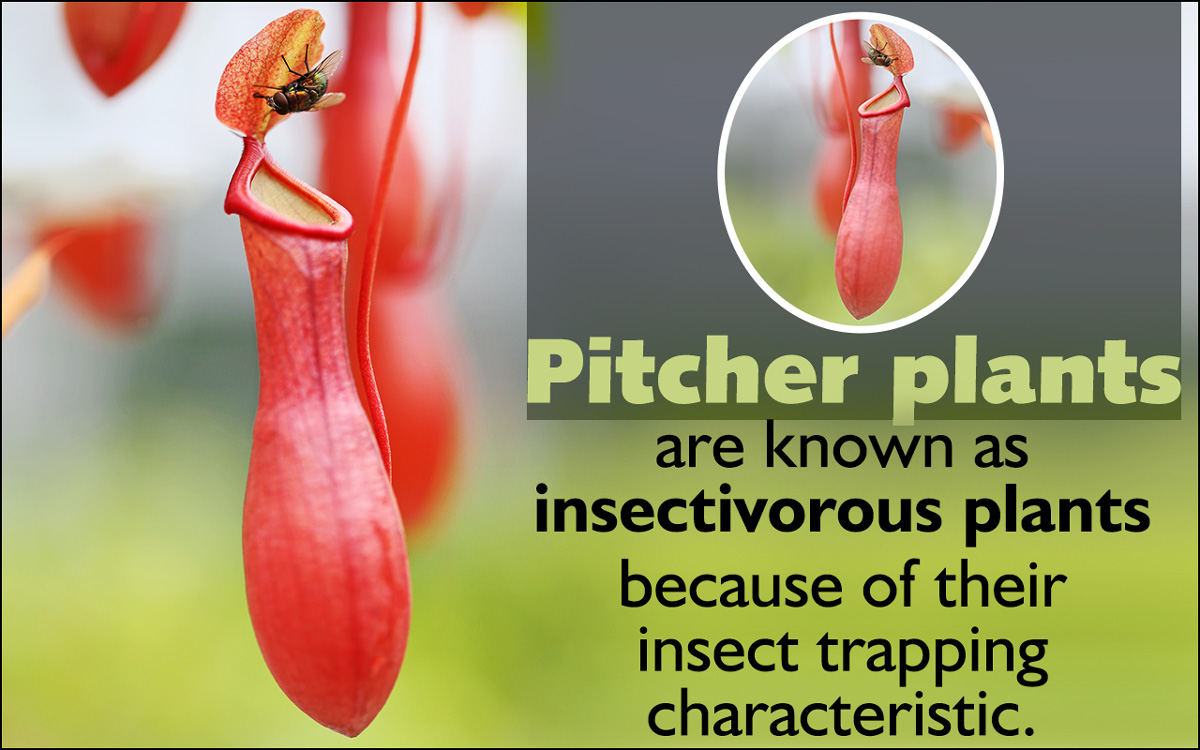 Pitcher plants are unique because they are carnivorous and feed on insects by trapping them in pitcher-like structures. This Gardenerdy post brings you some more amazing facts and information about the pitcher plant that you probably didn’t know. 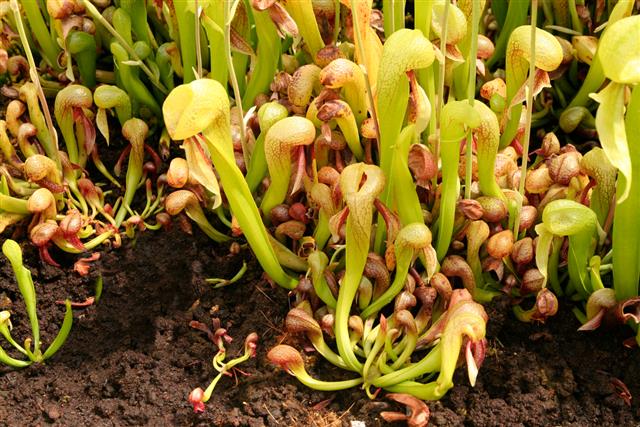 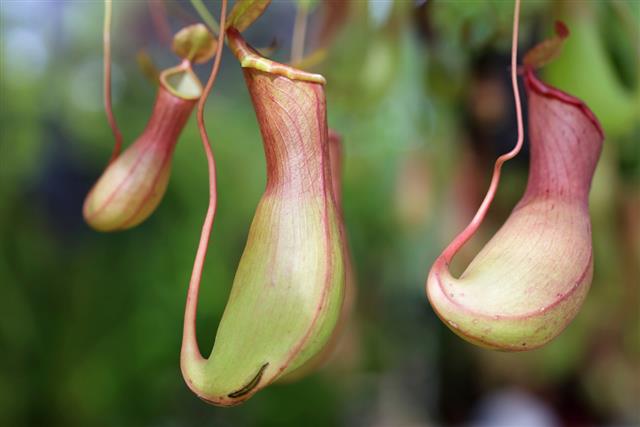 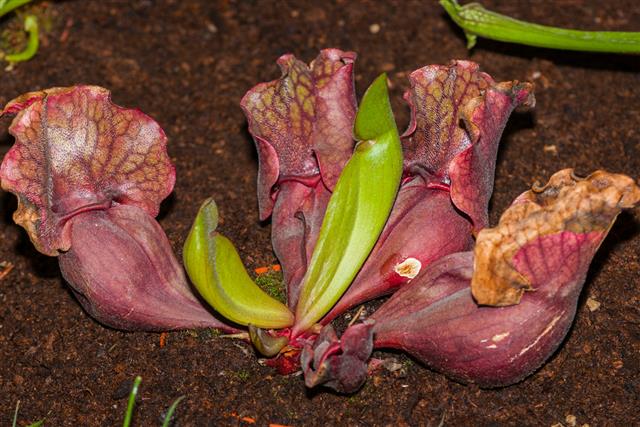 Ever thought that there would exist a ‘plant’ that would trap, kill, and then eat its prey? Really? Is that even possible? Yes, it is! Such is the wondrous works of Mother Nature that it simply leaves you awestruck when you come to know of such amazing and unbelievable facts. One such plant is the ‘pitcher’ plant.

Studying about the pitcher plant is a fascinating topic for botanists and plant enthusiasts all over the world. This is because with this variety, you will come to know about the carnivorous adaptation of plants. Its scientific names are Nepenthes sp. and Sarracenia sp. In nature, there are approximately 670 species of plants, belonging to nine families, that exhibited carnivorous characteristics. Each of these are gifted with unique features to trap, kill, and derive nutrients from their prospective preys. Let’s take a look at some facts about this plant to understand more about the survival mechanism of carnivorous plants.

Pitcher plants are commonly known by the name, insectivorous plants. They are named so because of its insect-trapping feature (pitfall trap) that simulates a water pitcher. You can identify them from the colorful cupped leaf meant for luring insects (butterflies, grasshopper, cricket) usually accompanied with a circular hood or beak-like lid. Search for green or purple pitcher plant facts and you will notice that each species has a varied colored pitfall trap and flower that distinguishes each one of them from others.

One interesting fact is its habitat adaptation. If you examine their natural distribution, you will find most of them growing in bogs or soils that lack nitrogen (an essential plant nutrient) and other mineral nutrients. Some of them are also adapted in highly acidic soil, where other regular plants cannot thrive. Simply put, pitcher plants make up nitrogen and nutrient deficiency in soil by trapping insects and feeding on them.

Similar to other carnivorous plants, a pitcher plant is adapted with special features. For example, a colorful pitfall trap attracts its prey, the inside of which is filled with enzymatic fluid for drowning and digesting insects. Also, the sides of the pitfall trap are slippery and lined with deflexed bristles, making it hard for the insects to climb up and escape from the trap. So, once an insect lands on the trap, it is nearly impossible to come out alive.

Pitcher plants and other carnivorous plants propagate by means of sexual reproduction, wherein the male and female gamete fertilize to form seeds. Based on the species, the flowering time differs. In addition, some of the cultivars are propagated by asexual means such as cuttings and division of plant parts. Commercial production of pitcher plants is done by tissue culture method.

Pitcher plant along with sundew plants and Venus flytrap are the commonly grown carnivorous houseplants. If you have a liking towards pitcher plants, purchase its seeds or tissue cultured plant saplings from your local nursery. Plant them in sunlit areas, preferably with acidic soil. For successful growing, maintain the growing conditions in such a away that they resemble their natural habitat.

A major issue common to all carnivorous plants is the increased threat to their conservation. In the present scenario, some pitcher plant species and other carnivorous plant varieties are included in the endangered list, which is mainly due to over collection of plant specimens and habitat destruction. Thus, it is our responsibility to avoid harvesting these amazing plants from the wild, conserve them, and maintain the biodiversity of nature. 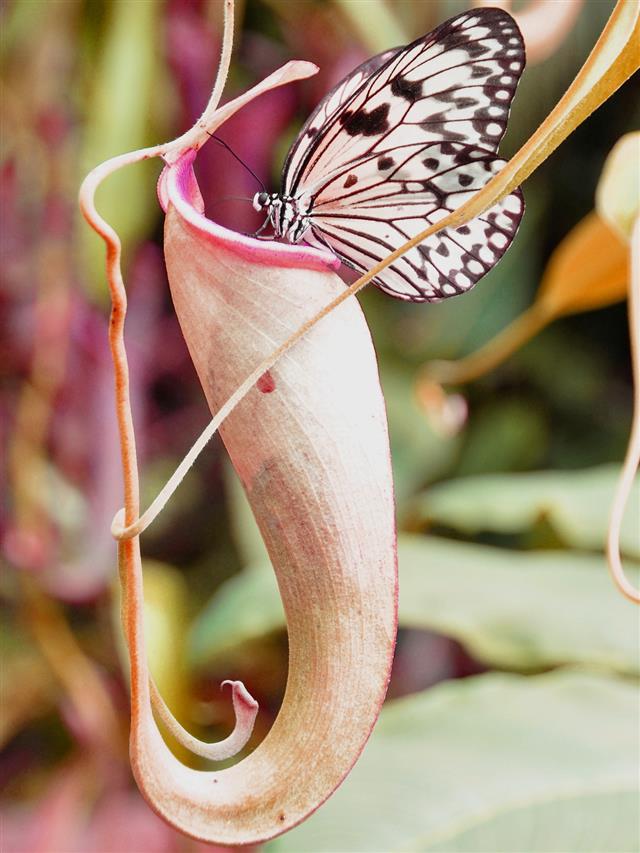