Ostrich fern is one of the most common and recognizable of ferns. Regular care is needed for these ferns to flourish well. This article explains how to care for them. 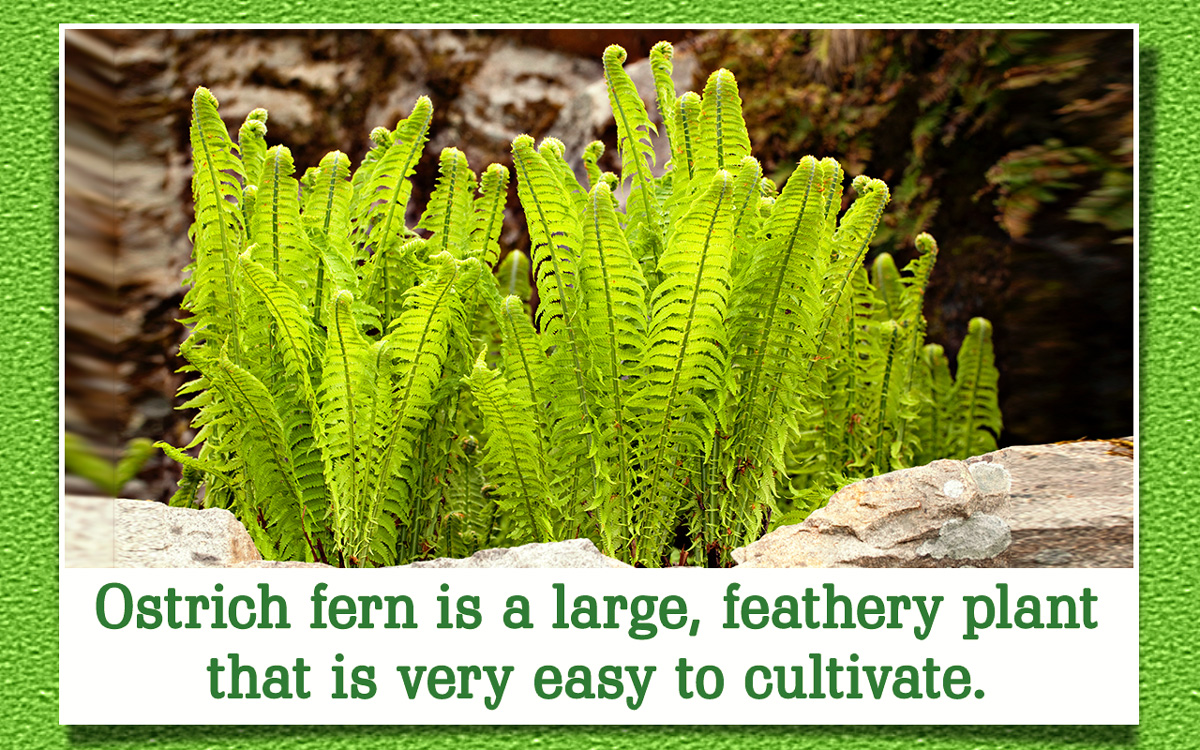 Ostrich fern is one of the most common and recognizable of ferns. Regular care is needed for these ferns to flourish well. This article explains how to care for them.

Ostrich fern is a fern species native to North America. Its scientific name is Matteuccia struthiopteris. Matteuccia comes from the name of an Italian physicist, who went with the name Carlo Matteucci and struthiopteris comes from the Greek language. ‘Stroutheios’ in Greek means ‘of an ostrich’ and ‘pteris’ means ‘fern’. Ostrich fern also has other names, like Fiddlehead fern, Hardy fern, and Garden fern.

Ostrich fern is a large, feathery fern. You can distinguish ostrich fern from other fern plants by looking at its distinctive, fertile frond. On the stem of an ostrich fern, fine white hair is visible. It is found in deciduous moist soil and also in mixed forests, wooded river bottoms and in swamp soil as well but it prefers acidic soil. The original ostrich fern habitats are the New England areas, northern and western Illinois, and eastern Canada. It is largely found on the banks of the Grand Cascapedia and Matane rivers. It usually grows to a height of 3 to 6 feet and grows up to 2 to 3 feet wide. Ostrich fern reproduces through spores. The fertile fronds that are produced after the vegetative fronds, last the winter but not the summer. The spores are shed somewhere around mid-winter. Its propagation is through its rhizomes. If you plant one ostrich fern, you will see it multiply rapidly in front of your eyes. It is normally cultivated in gardens or along the boundary of houses.

Ostrich fern is very easy to cultivate and it grows fast as well. One of the important points to remember is that it requires rich, moist, but well-drained soil. These ferns grow well in shady areas though it is all right if they are kept in the sun, provided there is a sufficient amount of water in the soil. They grow well in humidity. It is important to follow a regular water schedule, especially in the first growing season. This will help them in establishing deep and extensive root systems. Ostrich fern however, is not a big fan of wind, therefore it better be sheltered from it.

The important part of care is that it has to be transplanted early in spring, or when the summer comes to end and the fertile leaves have turned yellow. Once there is new growth in spring, make sure that you cut the old fronds. If you want to propagate more ferns, divide the rootstock and then replant it. The soil in which you want to grow ostrich fern should be covered with mulch to maintain its moisture level. At the same time, remember not to use fertilizers on the soil in fall.

There are no insects that are known to seriously attack this fern. The worst enemy of ostrich fern is frost as it not only destroys the croziers but also makes them inedible. This fern gets attacked by the caterpillars of the ostrich fern borer moth, but only in the New England area. These caterpillars bore through the stalks and/or the root system of the fern. 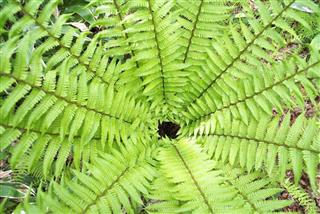 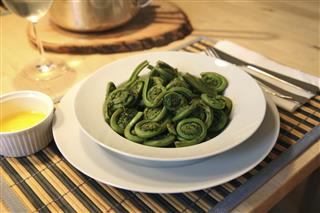 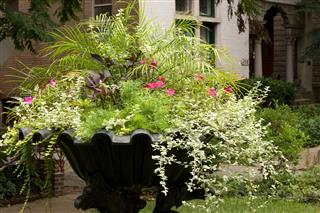 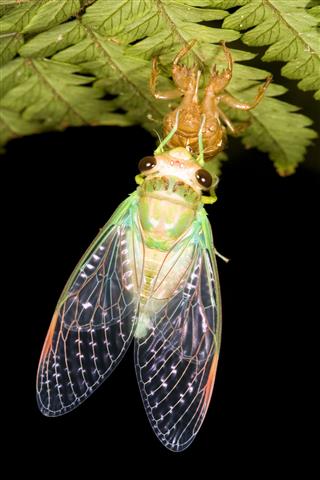