The mimosa tree, a beautiful ornamental plant with pink, soft, and silky fragrant flowers, gets its name from the Greek word 'mimos', which means 'mimic'. Find out other amazing facts about this tree in the following excerpt.

The mimosa tree, a beautiful ornamental plant with pink, soft, and silky fragrant flowers, gets its name from the Greek word ‘mimos’, which means ‘mimic’. Find out other amazing facts about this tree in the following excerpt. 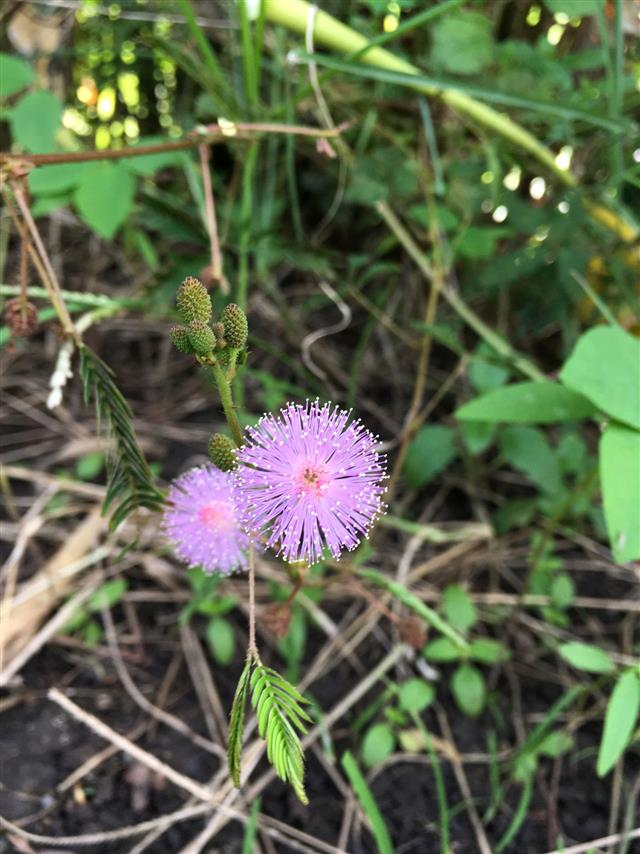 Mimosa is a genus which has more than 400 species of shrubs and herbs. Out of these, two species stand out because of their distinct characteristics. The Mimosa pudica, native to South America and southern Central America, displays a magical show of folding its leaves in when touched or subjected to sunlight. The Mimosa tenuiflora has gained immense popularity because of the dimethyltryptamine drug, a psychedelic drug used in shamanic brews, found in its root bark.

Mimosa is an extremely fast-growing deciduous tree. On an average, it grows to a height of 20 to 40 feet. Its bark is dark brown in color and has a smooth texture.

The soft, green leaves of mimosa look very similar to that of the fern plant. They are 5 – 8 inches in length and 3 – 4 inches in width. These leaves grow in a cluster and appear as a feather on the lime-green colored stems. The foliage has a special, sensitive characteristic, in which the leaflets tend to fold themselves in at night. It is because of this peculiarity, that the tree’s Persian name means ‘night sleeper’, and it is known as the ‘sleeping tree’ in Japan.

The flowers of the mimosa tree are aromatic. Interestingly, it is not the petals, but the long thread-like stamens of these flowers that make them look so showy and colorful. Its color can vary from a yellowish-pink to a coral red. They bloom during summer, between April and July, and grow in clusters at the end of the branches.

As it belongs to the legume family, its fruits develop from flat pods. These pods are straw-colored, oval-shaped, and 6 inches long. Though these pods ripen by August or September, they stay on the plant until winter, after which they either drop off or are blown away by the wind. Each pod contains about 5 – 10 seeds which are about half an inch in size, oval-shaped, and brown in color.

Reproduction occurs both, vegetatively as well as by pollination. The seeds are dispersed mainly in the areas close to the parent plant, but may be dispersed to other areas by water or wildlife as well. In vegetative reproduction, trees are cut back for the purpose of regrowth.

The plant is capable of growing in some really hardy zones and can survive in temperatures as low as -10 degrees Fahrenheit. Although it grows exceptionally well in bright and full sunlight, it can grow in partially shaded areas as well. The plant can grow on a large variety of soil types like clay, loam, and sandy soil. The soil should ideally be acidic but a mild alkaline soil would suffice too. The plant is known to survive in droughts and hence requires little watering.

The ideal time for planting a mimosa tree is during the spring on a well drained soil. As these flowering plants prefer soil which is acidic in nature, it is advised that you add peat moss and composted leaves at regular intervals to maintain its acidic properties. Water the plant and soil enough, but not so much as to saturate it. Keep the area under the tree clean, by sweeping away the fallen flowers and seed pods. Pruning of the branches should ideally be done during fall. This tree often tends to get infested by pests like webworm caterpillars. If affected, the branches should be removed as soon as possible to prevent any collateral damage to the tree. If not taken care of, the need to spray insecticides might arise.

Now that you know about the conditions favorable for growing a mimosa and the most preferable time to grow it, you can plant it in your garden, patio, or deck. The mimosa can reproduce speedily and cover vast areas in a short period of time. Plant it for decorative purposes to enhance the beauty of your garden.