Go for Homemade Wasp Traps: Learn How to Make Your Own Wasp Trap Here

Getting swarmed by a group of wasps could be your worst nightmare. In case you notice these stinging insects in your premises, here is an easy way to make a homemade wasp trap.

Getting swarmed by a group of wasps could be your worst nightmare. In case you notice these stinging insects in your premises, here is an easy way to make a homemade wasp trap. 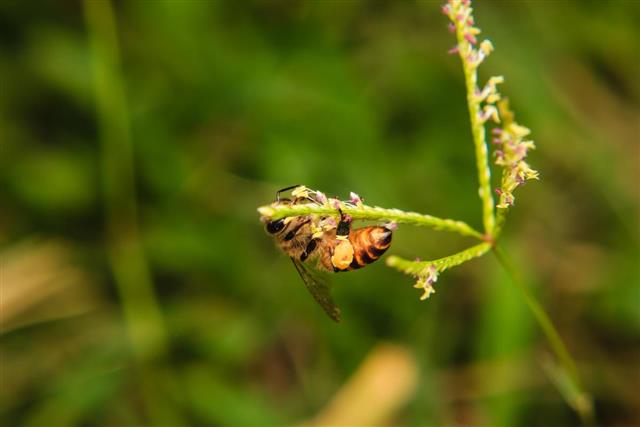 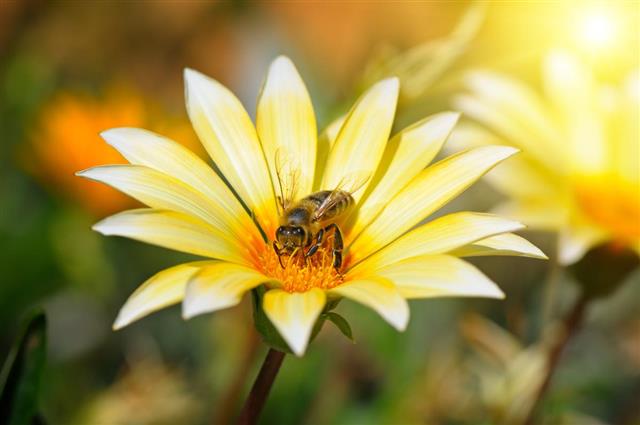 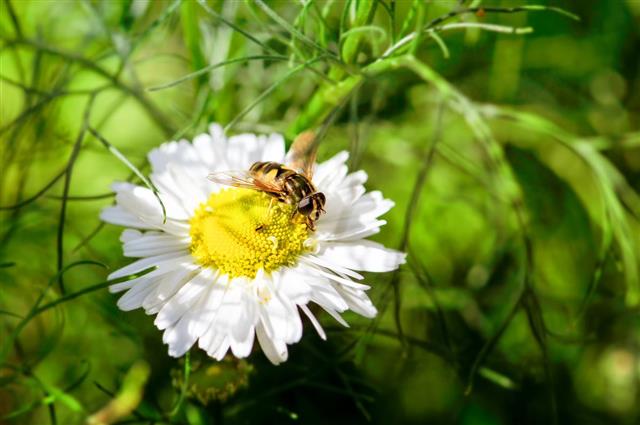 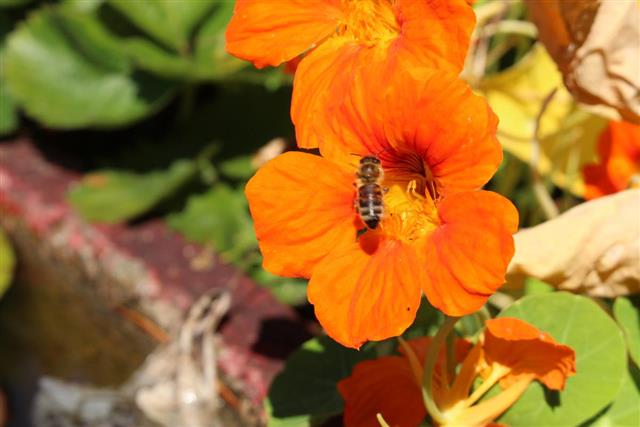 Presence of wasps or wasp traps in the premises could be a cause of worry, especially for those who are allergic to wasp stings. These insects are beneficial in the sense that they feed on pests that damage our crops. However, they can inflict painful stings, and so it is wise to get rid of them, if they are found frequenting your premises.

You may destroy the wasp nest, if you succeed to locate it. If there is no wasp nest in your surroundings, you can either use repellents to deter them from entering the premises, or use traps to get rid of them. Those who opt for traps may buy store-bought ones or homemade ones. Wasp traps can be made with some easily available materials, that too at a very low cost.

As mentioned above, making a wasp trap at home, is a simple task that requires only a few minutes. For this purpose, you need a two/three liter plastic water bottle, string, knife, water-resistant tape, sugar water, vinegar, a few drops of dish-wash liquid and a stapler (optional). It is better to avoid bottles with ribbed surfaces.

Remove the label, so that you can see the contents of the bottle. Cut off the top part of the bottle, as shown in the second image.

Discard the cap of the bottle. Push the smaller, funnel-shaped piece into the larger part, in an upside down fashion.

Attach both the parts by sealing the edges with water-resistant tape. You may also staple the edges. The first method will be beneficial for those who want to reuse the trap. It may get difficult to remove the staples, every time you want to refill the trap.

Once done, punch two holes (one facing the other) along the edges, so that you can put a string through them, for hanging the trap. Your homemade wasp trap is almost ready. It will look like a jar with a wide opening, which narrows inwards.

Now you have to bait the trap. In order to trap wasps, you must use a bait that has a sweet and sour flavor. Another advantage of such bait is that it will not attract bees. A mixture of sugar, water, and some drops of vinegar will do. You may also add two, three drops of dish-wash liquid. However, you must ensure that the outer surfaces of the trap, including its entry point, do not have any trace of the bait.

The wasps should have access to the bait, only if they enter the trap. So use a funnel to pour the bait into the trap. The funnel-shaped entry route to the trap, must have a slippery surface, so that the wasps fall into the trap easily. You may apply some cooking oil, for that purpose.

Attracted by the smell of the bait, wasps will fly into the trap. Once inside, they will not be able to find the way out. In the course of their search for the opening, they will get tired and eventually, will drown and die. The dish-wash liquid in the bait covers the body of the wasps. Since they breathe through their body, the soap coating will suffocate them to death. Thus, it can be ensured that the trapped wasp will die eventually, even if it manages to escape from the trap. Remove the bait, along with the dead wasps, once in every three days. Otherwise, the dead wasps that float on the bait, will form a platform that will prevent drowning of the wasps that enter the trap, subsequently. You must bury the dead wasps or flush them.

This is one of the simplest methods to make a wasp trap at home. Take a medium-sized glass container, and discard its cap.

Add the bait and cover the opening of the jar with a piece of aluminum foil. Now, secure the foil with a string or an elastic band.

The last step is to make a hole, through the center of the foil. The hole should be big enough for the wasps to enter the trap. In other words, this hole is the entry point for the wasps. Once they enter the trap, they will feed on the bait and will fail to find the way out. Eventually, these insects will drown and die.

◉ You should choose a bait which can attract wasps to the trap. Normally, these insects search for food items that are sources of protein and sugar. You may either use sugary substances like fruit juices, sweet soda and jam, or protein-rich substances like meat, pet food and tuna. You can also make a mixture of both.

◉ You can even replace the solution of water and dish-wash liquid with mashed grapes, sugar and lemon juice, sugar and water, soda, vodka and orange, wine, and maple syrup with water. Meat is considered one of the best baits, followed by mashed grapes.

◉ You can make a bait by mixing one teaspoon of sugar with an equal measure of liquid detergent and water. This will ensure the death of wasps as they ingest the detergent. It is said that yellow color attracts wasps. So you can use an yellow-colored bottle for making this trap.

◉ Wasps lay eggs and make nests, during early spring. They will be in constant search of protein rich foods, which can make them get attracted to the trap easily. You may use fish or meat, as bait, during that time. Maybe you can catch their queen, whose death may force others to relocate.

◉ As you empty the trap, make sure that there is no living wasp, which may find its way back to the nest. The wasps can become more aggressive and tend to attack in groups. Don’t crush the bodies of dead wasps or crush live wasps. A chemical released from their dead bodies can give a warning signal to other members of their colony.

The above mentioned homemade wasp traps cannot kill the entire wasp colony, but it can reduce their population in a gradual manner and force the insects to relocate. Nevertheless, these are some simple and inexpensive methods to deter the wasps from making nests in your place. The added advantage of a homemade wasp trap is that it is also environment friendly (when compared to chemical repellents) and are cheaper than store-bought ones. 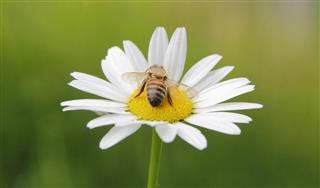 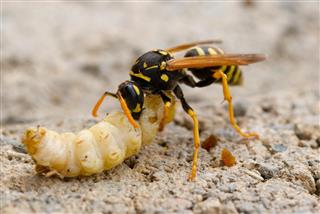 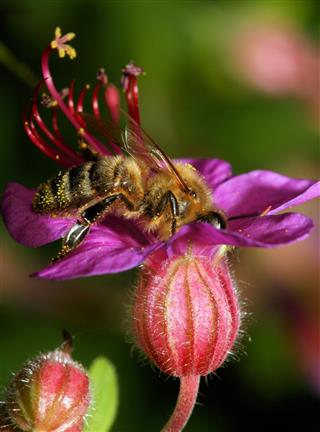 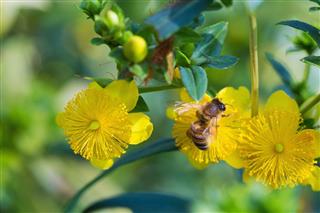 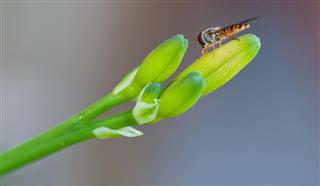 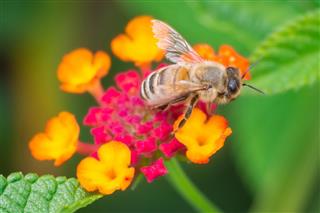 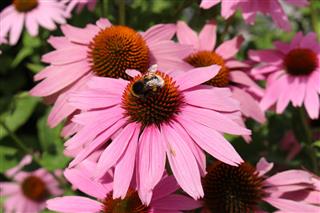 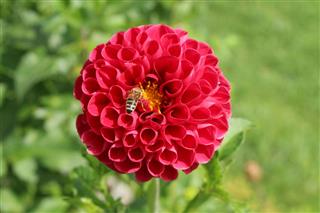 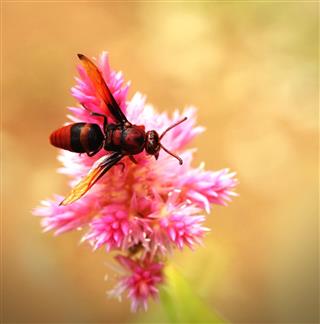 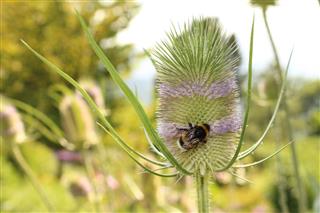 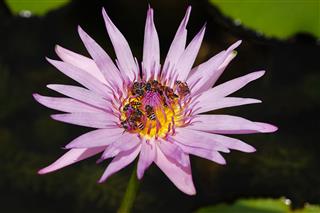 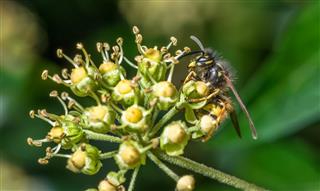 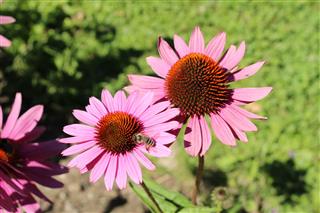