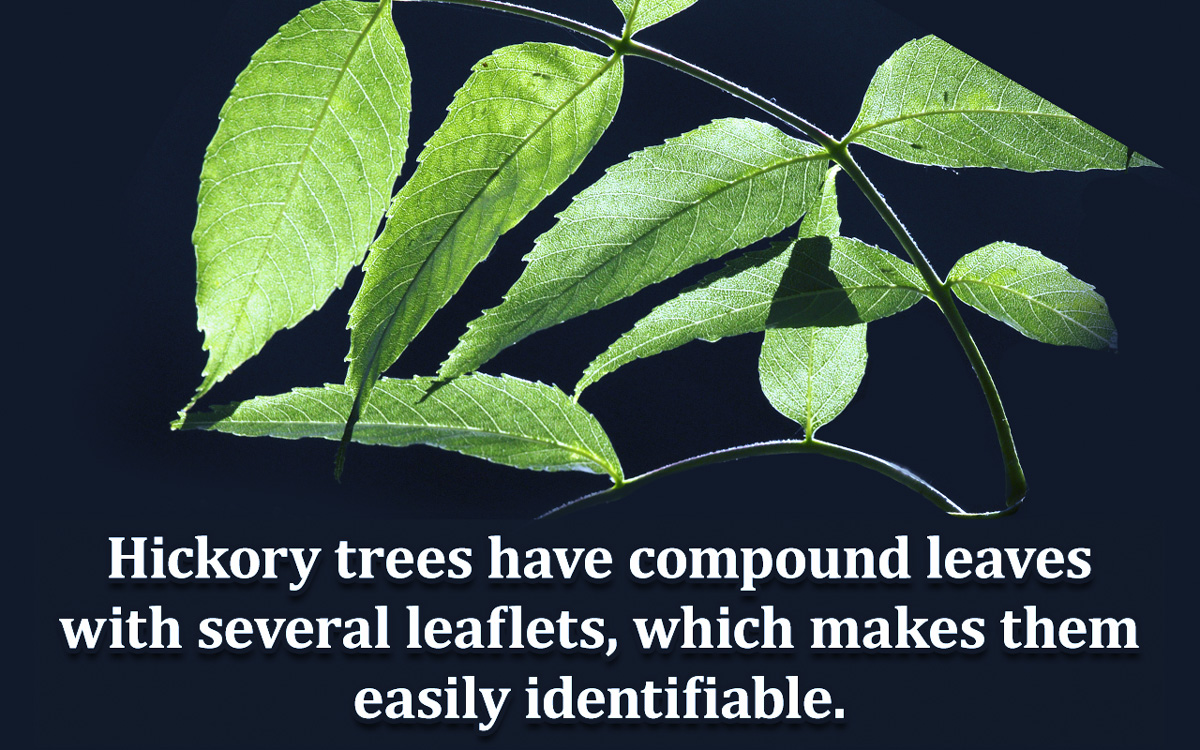 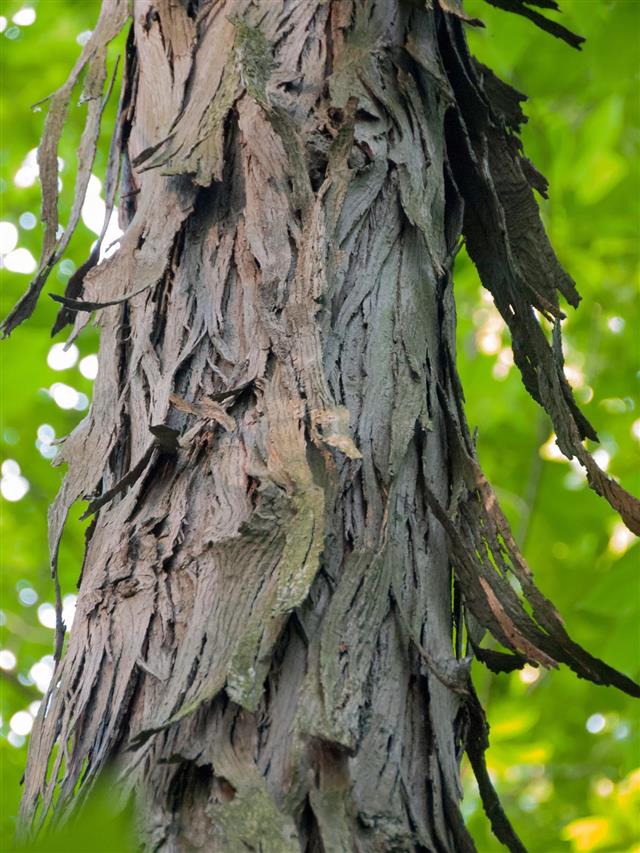 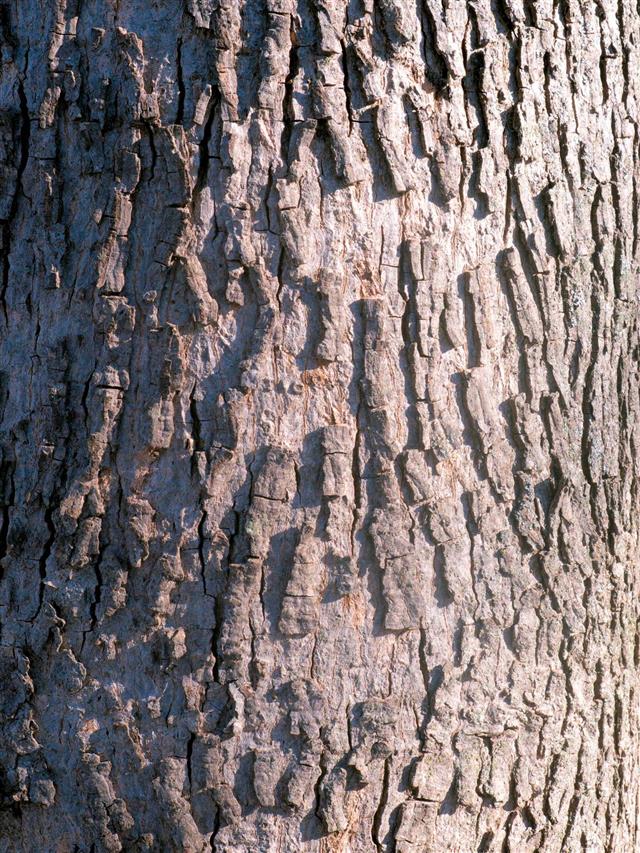 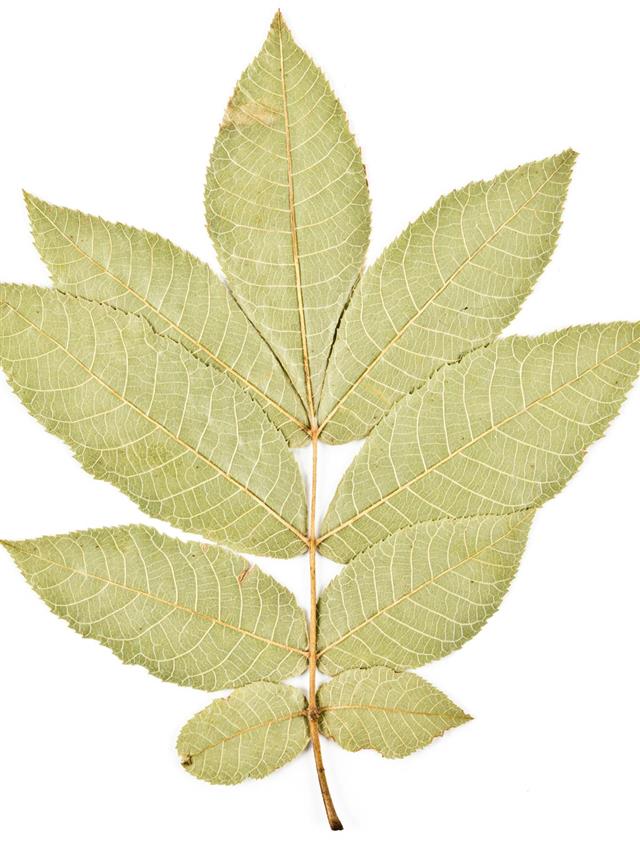 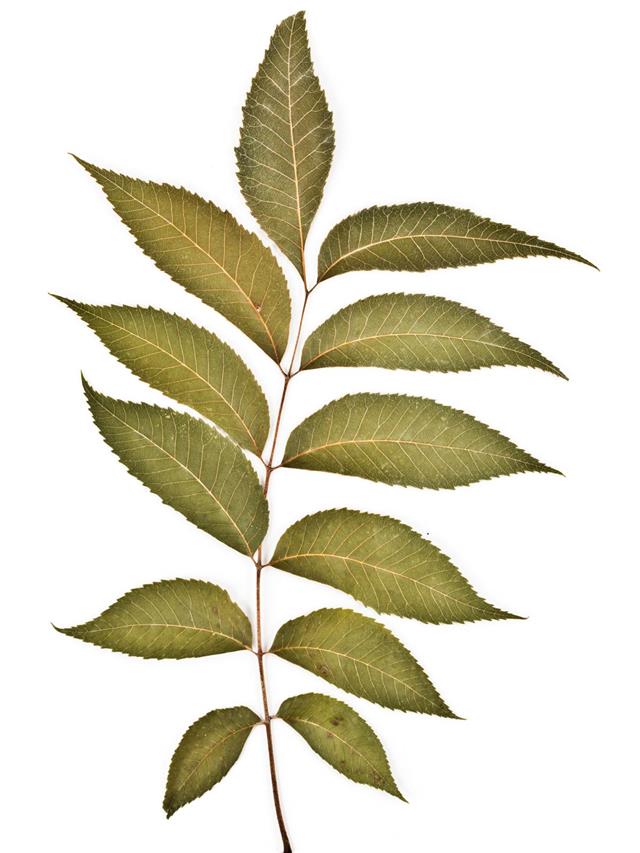 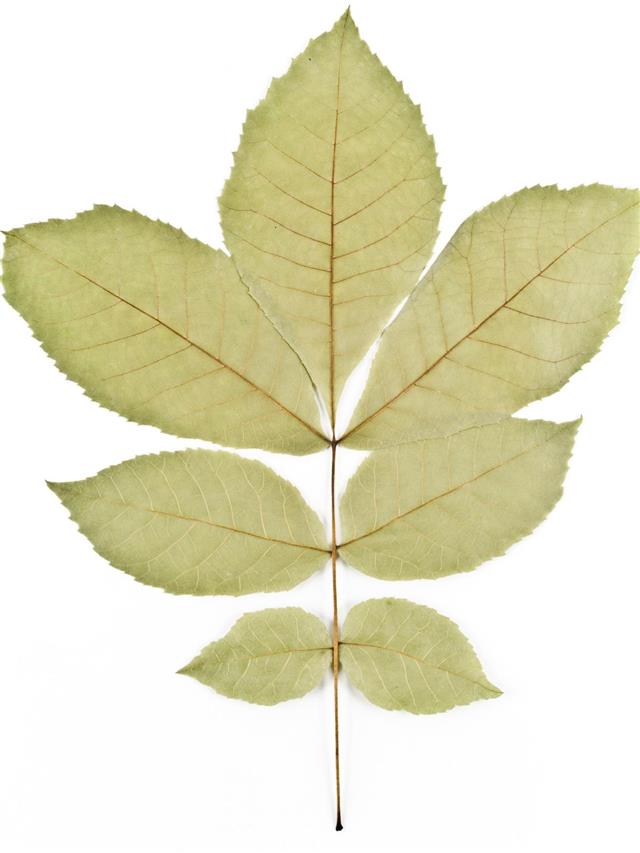 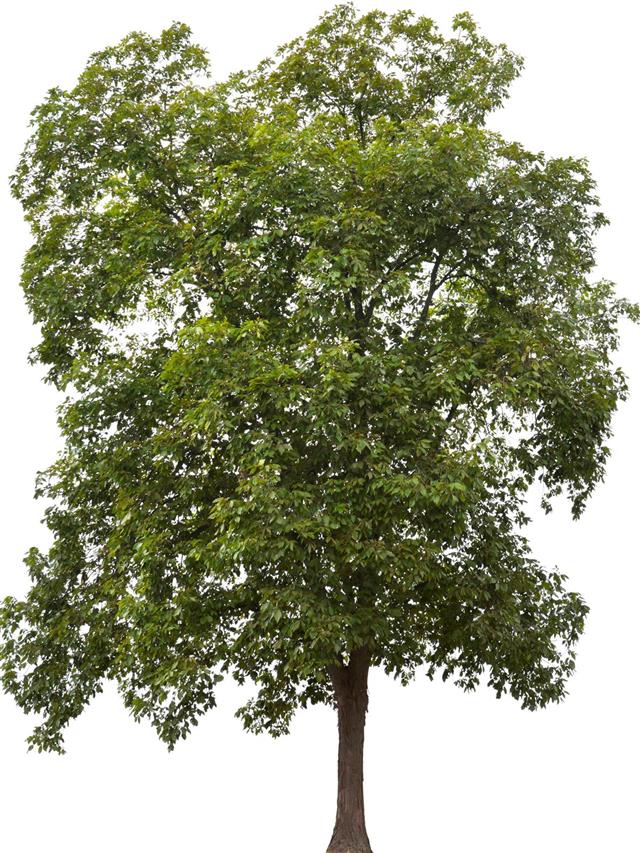 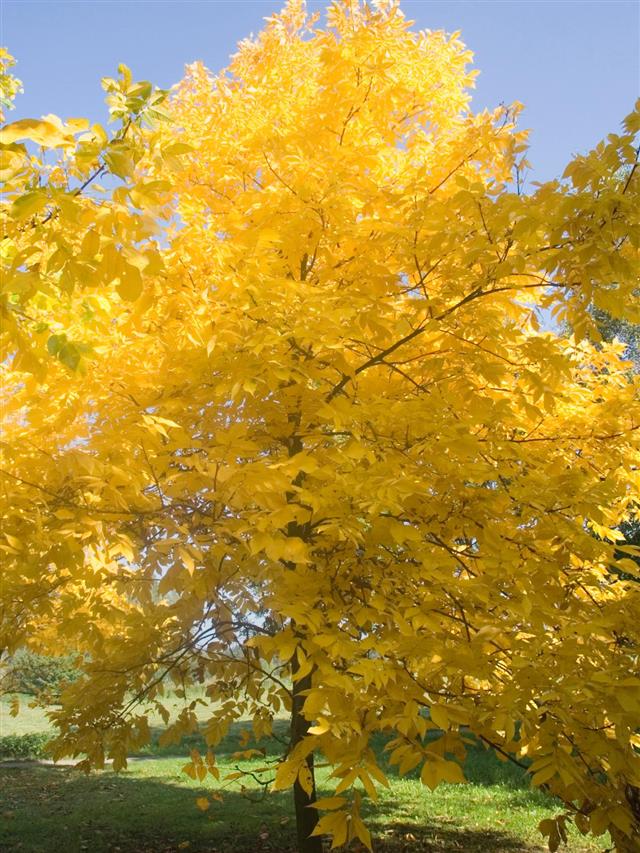 Hickory trees are commonly found in North America and certain parts of Asia. These trees belong to the genus Carya in the family Juglandaceae. There are around 19 species of hickory trees in the genus Carya. Around 11 to 12 species are found in the United States. Some of the commonly found species in North America are pignut hickory (Carya glabra), shagbark hickory (Carya ovata), shellbark hickory (Carya laciniosa), pecans (Carya sect. Apocarya), and bitternut hickory (Carya cordiformis). As most of them look somewhat similar, identification of individual species may become difficult.

How to Identify Hickory Trees

In general, hickories can be described as deciduous trees with pinnately compound leaves. The yellowish-green flowers, develop as drooping catkins of three groups. They produce large nuts, which are edible in some species, like pecans. These nuts are round with four-valved husks. Hickory tree nuts are dusty yellow in color, and have a length of one to two inches. While mockernut has reddish-brown husks, those of pignut hickory have no ribs. Shellbark hickory produces the largest nuts, among the different hickory species; and they are also sweet and edible. The following are some of the general observations that may help you in identifying hickory trees.

Height of the Tree

Even though, it is difficult to identify different hickory species on the basis of tree height, there are certain factors that may help you in this task. The shortest among the hickory species is shellbark, with a height of around 30 to 60 feet, and a trunk diameter of one to three feet. You may find bitternut, mockernut, and pignut hickory trees with a similar trunk diameter, but a height of around 50 to 70 feet. Shagbark hickory may grow to a height of 60 to 80 feet, but some of them may attain a height of more than 100 feet.

Even though, the leaf color is green in different hickory species, you may find them in different shades. Shagbark hickory tree has yellowish-green leaves, whereas, nutmeg hickory leaves have a whitish underside with dark green upper surface. Most of the hickory trees change foliage color to yellow, during fall. Another point of distinction between the different species is the shape of the crown, which is rounded in mockernut, and cone-shaped in bitternut. Pignut hickory has droopy or spreading branches.

Color and Texture of Bark

Bitternut hickory bark is thin, tight, and hard with a gray color; that changes to silvery shades, as the tree ages. Even the bark of this tree develops shallow furrows and ridges with age. In young pignut hickory trees, the bark is found to be smooth with a light gray color. As they age, the color changes to dark gray, and the tree develops scaly ridges. Shagbark hickory tree has a light gray bark that peels as thick vertical plates; with a length of more than a foot, and both ends curling outwards. Similarly, shellbark hickory tree can be identified with its peeling bark that comes out in small strips.

In short, hickory tree identification can be a little tricky, as you may come across different species. The above said is only a brief overview about their features, that may help you in identifying these trees. However, a detailed study about individual species will be always beneficial in distinguishing them. 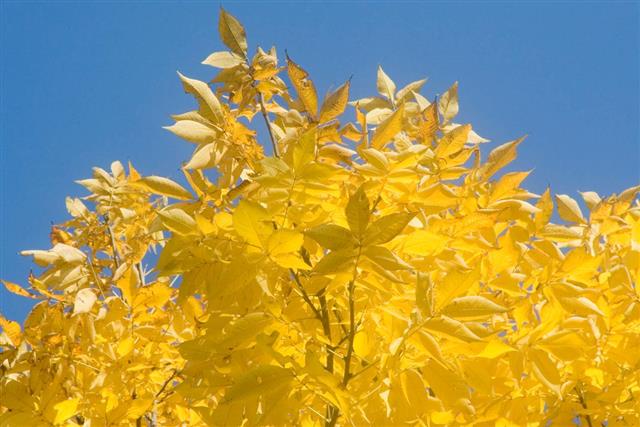