You Shouldn’t Miss These Noteworthy Facts About Oak Trees

The proverb 'Mighty oaks from little acorns grow' is a worthy description for the great and magnificent oak tree. There are many astounding facts about these trees, including that they can live for over 200 years. 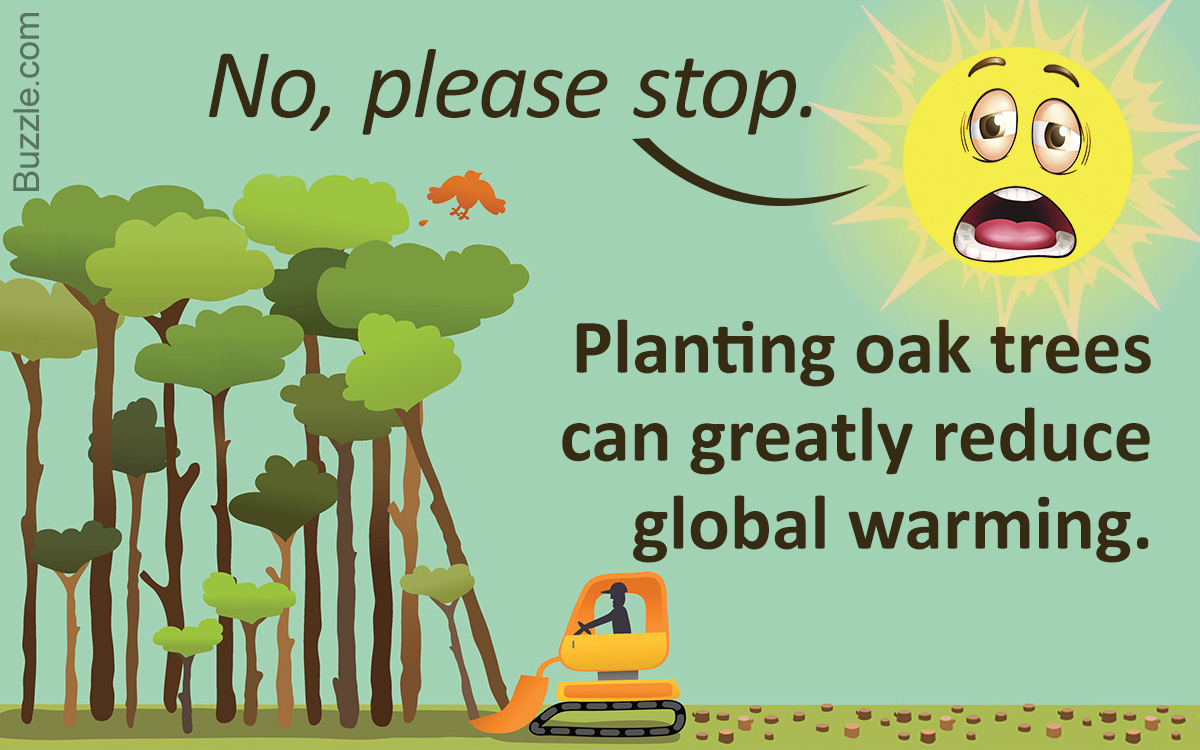 The proverb ‘Mighty oaks from little acorns grow’ is a worthy description for the great and magnificent oak tree. There are many astounding facts about these trees, including that they can live for over 200 years.

The oak tree is not a single species, but about 600 species of this tree exist worldwide. These belong to the genus Quercus. This genus, which includes deciduous and evergreen species, is native to the northern hemisphere. These trees bear flowers in spring, and the acorn (which is actually a nut) is its fruit. Most acorns contain only one seed, and take between 6 to 18 months to mature, depending on the species. The categorization of various species is done by dividing the main genus into two subgenus, namely Cyclobalanopsis and Quercus, which are further divided into several sections. These are –

♣ As mentioned before, oak trees can live up to 200 years or more, and mature trees have the capacity of absorbing more than 50 gallons of water in one day.

♣ Leaf arrangement in some species of oak trees is spiral with lobed margins, whereas in some it is serrated. The tree blossoms in spring producing cylindrical clusters of flowers known as catkins.

♣ After about 20 years, these trees start producing acorns. Some trees may even take up to 50 years to produce the first lot. Yearly production of acorns for a mature tree may touch around 2,200 acorns per year.

♣ Out of all the acorns produced, only a few of them are able to germinate and develop into a tree. In fact, only one out of 10,000 acorns gets the appropriate conditions to germinate and grow.

♣ Acorns, which were once a part of the staple diet of some communities, have eventually been replaced by different grains. However, a few Korean and Native American communities still include it in their diet.

♣ In the year 2004, the oak was officially declared as the National Tree of the United States symbolizing nation’s strength.

♣ Transcending times and cultures, the oak has symbolized strength and endurance. For this reason it also stands tall as the national tree of England, Estonia, France, Germany, Moldova, Latvia, Lithuania, Poland, Wales and Serbia. Conservative Party in the United Kingdom have also been using oak tree as their symbol.

♣ The tree finds a place in the emblem of County Londonderry, North Ireland. It is also a national symbol of Basque Country, mainly in the Biscay province.

♣ The symbol for the University of Connecticut contains two white oak acorns in it. The nut is also a symbol for the National Trails of England and Wales.

♣ Ranks in the United States Armed Forces are symbolized by oak leaves, wherein a silver leaf is designated for Lt. Colonel or Commander, and a gold leaf indicates Lt. Commander or Major.

♣ Boards of oak that are wide and quarter-sawn have fetched a high value from the Middle Ages. These boards are used as interior paneling of important buildings such as the debating chamber of the British House of Commons in London, England. Some of the best furniture is made from this wood. Oak wood is also widely used for the purpose of flooring.

♣ Many different spirits are aged and matured in oak barrels. Barrels made from European and American oak are used to hold red wines, sherry, brandy, Scotch whisky and Bourbon whisky. Wines stored in oak barrels imbibe different dimensions and are often described as having an oaky vanillin flavor. Some oak barrels are charred before use, which adds to the color, taste, and aroma of the fluids stored in them. Wines that are stored in French oak barrels achieve a greater refinement, and a higher price! This is not to take away from the American oak, which gives a wine better texture and resistance to aging.

♣ The smoke from oak wood chips is used for smoking fish, meat, cheese and other foods. It is also used for tanning leather, as the bark is rich in tannin.

♣ Some of the best professional drums are made from Japanese oak by manufacturer Yamaha Drums. These drums produce a brighter and louder tone compared to regular drums, owing to the rough, hard surface of the oak.

♣ The white oak is known for its medicinal properties which reside in its bark. This is why, dried bark of this tree is used to prepare several medical formulations.

♣ For many centuries, abnormal outgrowths of oak tissue, known as ‘galls’, were used as the primary ingredient in the preparation of manuscript ink.

♣ Certain types of oak wood were used in Europe to construct navy ships.

♣ Fresh acorns, buds and young leaves of oak tree have the highest concentration of toxins. Young cattle weighing 400 pounds or less are more susceptible to these toxins as compared to older cattle and those weighing more than 400 pounds.

♣ Tannic acid present in the leaves and nuts of the trees can prove to be toxic for goats, sheep, cattle, and horses when consumed in large quantities.

♣ Toxicity can lead to problems like bleeding and ulcers in the gastrointestinal tract of the animal, along with kidney damage and bloody diarrhea.

♣ Acorn calf syndrome is a medical condition in which cows that have ingested huge quantities of acorns during pregnancy (specifically second trimester) give birth to calves with congenital malformations.

♣ Oak wood is renowned for its great strength and hardness. As it has a high tannin content, it can withstand insect and fungal attack.

♣ A serious threat to oak trees is the fungus Ceratocystis fagacearum, which causes Oak Wilt, a lethal disease, especially affecting red oaks. Wood-boring beetles are another menace to oak trees. Many older oaks face root rot which often show no signs on the outside, but become evident when the tree falls during a storm. A deadly water mold to the oak tree is Phytophthora ramorum or Sudden Oak Death, which can kill an oak in just a few weeks.

♣ Since 2009, mature oak trees in the United Kingdom are threatened by a relatively new disease known as ‘Acute oak decline’. Infected trees ooze out a dark fluid from lesions in the bark, which ultimately leads to death of the tree within a period of 5 years.

♣ The Bible also mentions an oak tree located at Shechem, which was the place where Jacob had buried foreign gods of the people.

♣ Oak groves were used by the Druids for the purpose of practicing religious rites and worship.

Major Oak – ‘Robin Hood’s Shelter’
A famous oak tree is the huge Major Oak near the village of Edwinstowe in the heart of Sherwood Forest, Nottinghamshire, England. This ancient tree is between 800 to 1,000 years old and has a waistline of 33 feet. What makes this magnificent tree so popular is the belief that it was Robin Hood’s shelter where he and his merry men slept.

The Angel Oak – ‘The Millenium Tree’
Situated in Angel Oak Park, Johns Island (South Carolina), this tree has grown to be 65 feet tall, 9 feet wide, and has a crown spread across 17,000 square feet. Its longest branch is 89 feet in length. Estimates reveal that this tree has turned out to be this big over a period of around 1,500 years or more. It is acknowledged as the 2004 South Carolina Heritage Tree and a 2000 Millenium Tree.

The Big Tree – ‘Texas State Champion Coastal Live Oak’
This live oak, situated in the Goose Island State Park in Lamar Peninsula of Aransas County, is believed to be one of the largest oak trees in the United States. It stands 45 feet tall and 35 feet wide, with a crown spread of around 90 feet. It is estimated to be over 1,000 years old. Its girth makes it the Champion Live Oak in Texas.

Kongeegen – ‘The King Oak’
This oak tree is present on the island of Sjaelland, Denmark. It is roughly estimated to be around 1,500 – 2,000 years old. It is believed that the surrounding area initially must have been an open meadow as the tree has a short trunk with low branches, but later got surrounded with taller trees.

Oak trees benefit the human race in multiple ways. Recent studies have also figured the important role these trees play in reducing global warming and improving the environment. Not to forget, the beautiful garden ornamentation these trees provide with their structured branches and widespread crown. 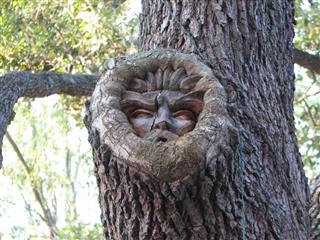 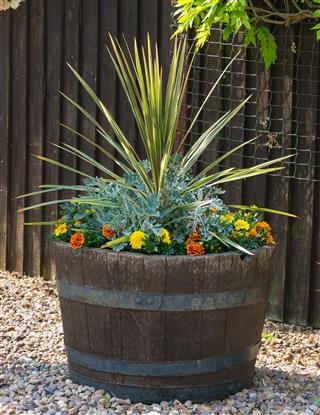