Due to its drought-tolerant nature, mesquite trees are certainly apt for xeriscaping in dry, arid regions. Gardenerdy provides 12 facts about the mesquite tree. 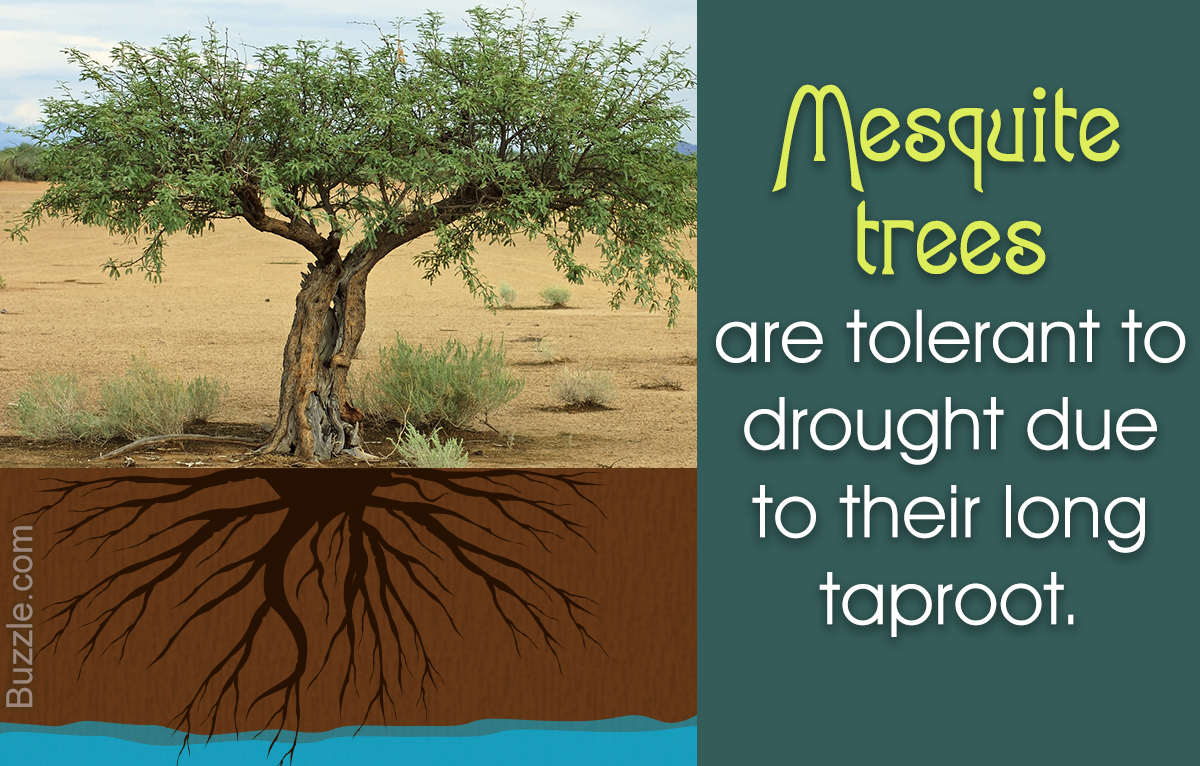 Due to its drought-tolerant nature, mesquite trees are certainly apt for xeriscaping in dry, arid regions. Gardenerdy provides 12 facts about the mesquite tree.

Due to their invasive nature, mesquite trees are often referred to as Devil trees by ranchers from Texas, where this tree grows extensively. They are also blamed for absorbing water, thereby lowering the water table and causing other trees to wither away due to lack of water.

The mesquite tree is a deciduous tree that is native to arid and semi-arid regions of Mexico, Southwestern United States, South America, Africa, India, and the Middle East. It belongs to Prosopis genus, which comprises more than 40 species. Mesquite can either grow as a single or multiple-stemmed tree that might attain a height and spread of 20-30 feet over the years, or shrubs that are only 2-3 feet tall. While rangers may call them the devil trees, the tree was important to Native Americans. Calling it ‘The Tree of Life’, they used various parts of the tree.

Being a drought-tolerant tree, mesquite grows in arid and semi-arid regions where many trees are unable to grow. One of the main uses of mesquite tree is that it provides shade to wildlife and its fruit serves as a source of food for birds, animals, as well as humans. Here are some interesting facts about this tree:

✦ There is a 32 feet tall mesquite tree in Bahrain that is believed to be 400 years old. Known as the ‘Tree of Life’, the tree attracts tourists from all over the world. 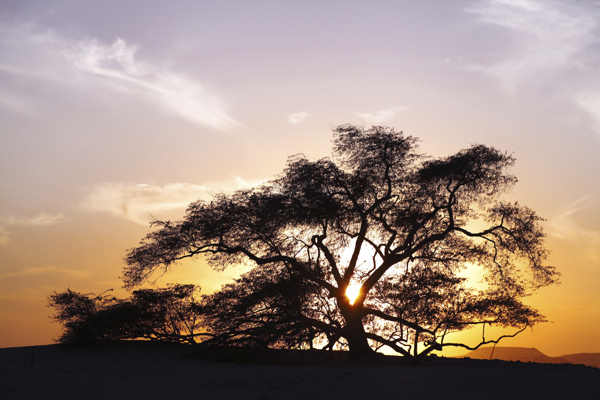 Mesquite ‘Tree of Life’ in Bahrain

✦ The biggest mesquite tree in Texas is about 56 feet in height, with a crown of 87 feet, and circumference of trunk being 6 feet.

✦ One of the major uses of this tree is that it is a nitrogen-fixing tree, which means that it restores nitrogen in the soil. The improved fertility is the reason why some grasses grow very well under these trees.

✦ Nectar from mesquite tree is also known to yield a good-quality honey.

✦ The wood is still used for making carvings, panels, furniture, and parquet floors. Its brown and gold color and swirling grain makes it the perfect type of wood for making furniture with a rustic appeal. Its bark is used for roofing in some regions. 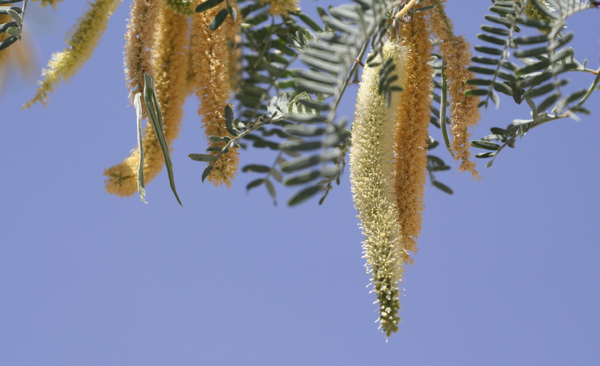 ✦ Being a tree that survives well in arid regions, mesquite is a good option for xeriscaped gardens. Its seeds and blooms will attract bees, while the tree can be a nesting site for birds. 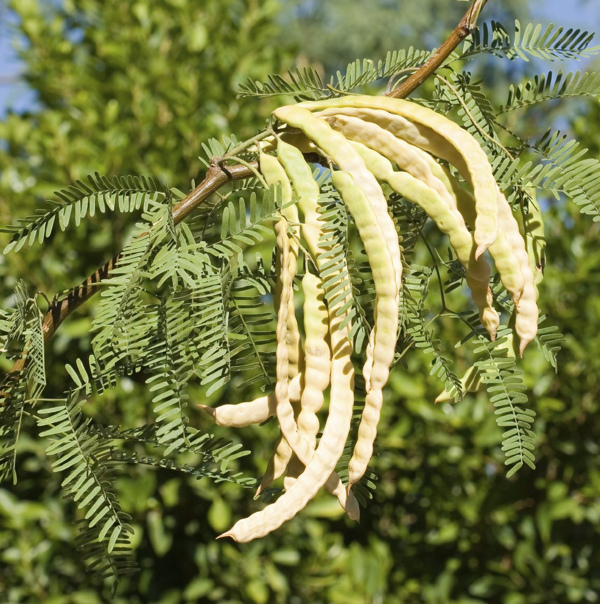 ✦ The tree’s wood is a good firewood choice as it burns very slowly. It was, and still is, used as a building material due to its durability.

✦ Mesquites were used by Native Americans for treating certain ailments. They were aware of the therapeutic nature of the tree’s root, bark, leaves, and gum. They used a herbal infusion made from the root or bark to treat diarrhea.

✦ They crushed mesquite leaves and mixed them with water. This was used as a remedy for headaches.

Mesquite trees have adapted very well to the arid environment. Here are the characteristics that help them survive in the harsh desert environment.

✦ The same species might grow into shrubs that might be 2 or 3 feet in height in dry or windy regions, while it might grow into a tree that is more than 30 feet tall in areas where the weather is more suitable.

✦ In flat grasslands of the tropical and sub-tropical regions, these trees provide shade for the cattle and wildlife. Some grasses might grow well under the tree’s canopy.

✦ The tree’s huge taproot enables it to absorb water from water sources that lie very deep.

✦ Its lateral roots might spread out up to 50 feet in all directions, and compete with grasses for water, absorbing water from the subsoil layers.

✦ The tree can easily switch from utilizing one water source to another.

✦ Mesquite taproots can extend as much as 200 feet below the surface and the surface roots may extend 50 feet or more past the outer edge of the crown.

✦ About 5-20 seeds are enclosed in a pod, and the seeds can lie dormant for several years. 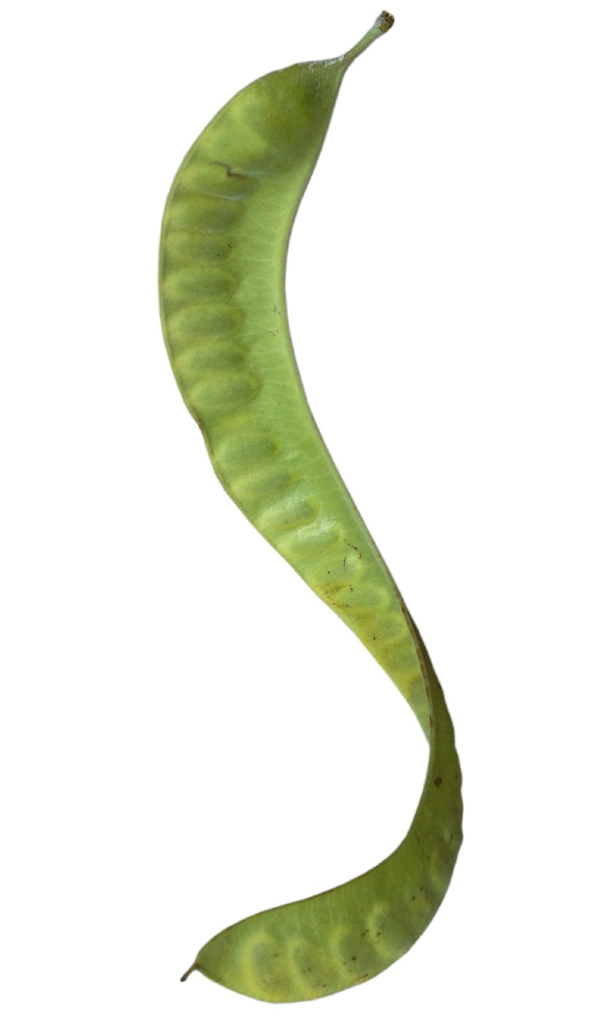 ✦ The presence of sharp, pointy horns on the branches protects the tree from herbivores.

✦ Since the leaves are small and coated by wax, the loss of water into the atmosphere through evaporation is minimized.

✦ In case of a severe drought, the leaves shed so as to reduce the loss of water.

✦ Clusters of yellow blossoms of mesquite tree attract varied types of insects such as ladybugs or butterflies. It also attracts pollinators such as bees. 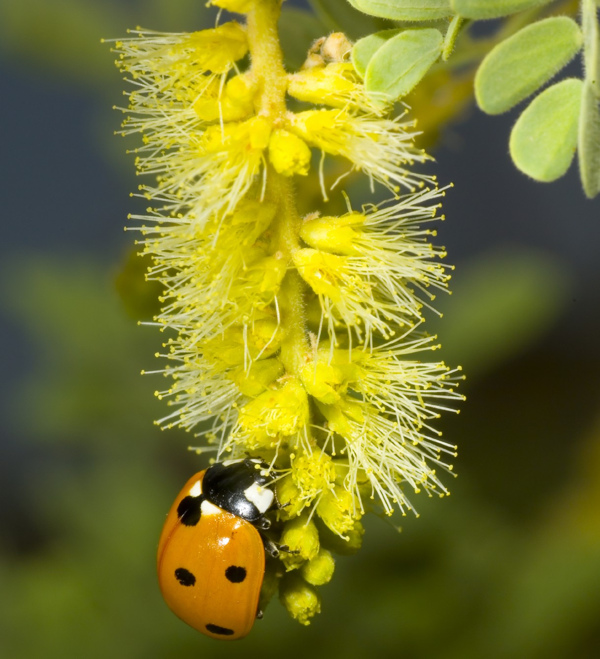 While different parts of the mesquite tree have varied uses, mesquite tree is unpopular due to its invasive nature. Its invasive nature is apparent from the fact that it can grow even from a piece of root left in the soil. The bud regeneration zone of mesquite can extend to 6 inches below the ground. In some regions, this tree is referred to as a ‘noxious weed’, which is why steps have been taken to control its growth. In some places, the plants are removed and the trees are burned to control its growth.