The baobab tree is associated with supernatural beliefs. Its flowers are known to be a haven for the spirits! 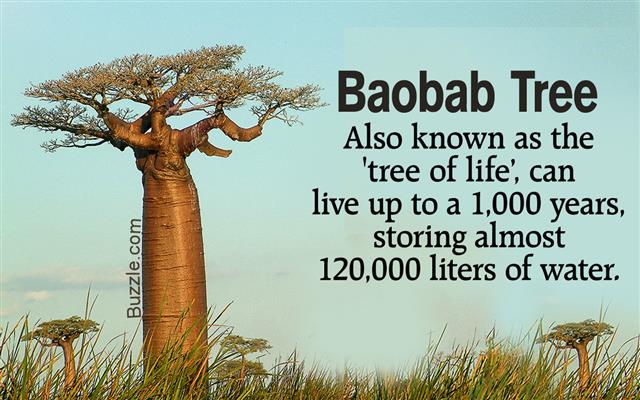 Have you ever wondered what might have existed a million years back on the face of the Earth, apart from the demonic dinosaurs? Well, owing to multiple studies, general belief holds that the Baobab tree, scientifically denominated as Adansonia, is one of the longest survivors that existed when the Earth had no boundaries or continents. Though, it is a herculean task to conclude about the origin of this tree, recent studies have presumed the native land of the tree to be in Africa, from where it has deciphered in multiple ways in other parts of the world; the methods, however, are subject to speculation.

Currently, the tree is found in most parts in Africa, Madagascar, Australia, in some parts of Arabia, and a few countries in Asia, which include Sri Lanka and India, thanks to their geographical conditions. But the numbers are very sparse unlike Africa.

Distribution Pattern of the Baobab on the Globe

The following facts about the baobab will, for sure, take you by surprise!

Discover This Tree with Pictures