Enlightening Facts About the Gregarious and Mystical Elm Tree

The elm is a tree of choice for planting in shade, as well as collecting quality timber. Some of the facts related to it are presented in this article, which will help you to identify this deciduous tree from others. 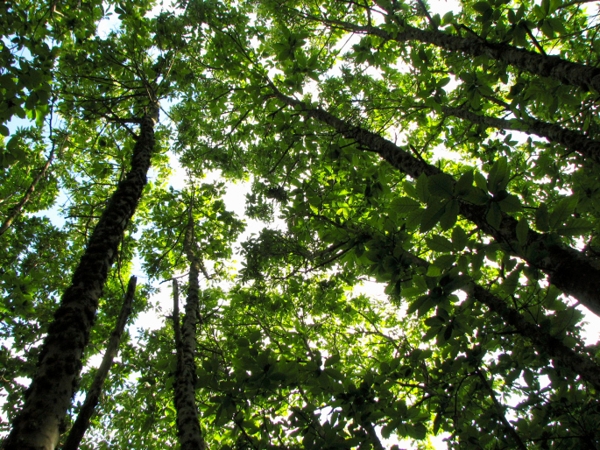 The elm is a tree of choice for planting in shade, as well as collecting quality timber. Some of the facts related to it are presented in this article, which will help you to identify this deciduous tree from others.

Elm trees are some of the excellent options, planted for landscaping in shady areas and high traffic places. Facts about their shape, size, and adaptability are so impressive that they previously became a popular tree for growing in roadsides and public places. Nevertheless, a disease attack in the early 20th century took a toll on these tree cultivars, leading to death of millions of such trees.

The American elm tree is indigenous to the eastern part of North America. It has a desirable canopy, with the branches spreading out, giving a vase like shape. Identifying it is not difficult, as the tree parts possess characteristic features different from other trees. Its height differs based on the cultivar, though the average height remains 90 feet with a nearly same spread. At maturity, the girth of a healthy tree measures about 2 – 4 feet in diameters. More aspects related to these varieties are highlighted below:

In their botanical classification, they share order Rosales with rose. However, their family is Ulmaceae, which encompasses a group of deciduous and evergreen trees. The leaves and barks of these plants contain mucilaginous substances. Scientifically, they are represented by the genus name Ulmus, while species name differs according to variety.

Their foliage is arranged in an alternate fashion in the twigs, and turns yellowish in autumn. Their leaves (3 – 6 inch long) have a serrate margin, either single or double-toothed, and taper towards the apex. Other features include asymmetrical base, pubescent lower side, and multiple branching veins.

Their external bark is grayish in color, and shows the presence of scales, furrows, and ridges. Peeling bark of Chinese elm tree is a desirable feature for use as ornamental tree. It is slippery, and its inner fibrous portion is used in herbal medicine for alleviating several medical problems.

Their apetalous flowers are inconspicuous. They generally develop in spring time, and are small-sized and green or red in color. Some elm trees produce fruits, while few others do not. The fruit type is called samara, which can be identified from the small notch in the center. The green fruit, having two wing-like structures, encloses a round-shaped seed.

Planting such trees is no different from planting other semi-deciduous or deciduous trees. You can select a sunlit area with fertile, well-drained, neutral soil (preferably, clayey or sandy loam) for growing them. In addition, maintaining optimal air circulation is a must to reduce the chances of disease attacks.

Stringent care for elm tree is necessary in the initial stages of growth, or until the sapling gets established to the growing area. Make sure that the soil is moist at all times to promote quick growth of roots. After the tree matures, prune it once in every three years to remove weak branches, and to promote its healthy growth.

The American elm tree is susceptible to Dutch elm disease. The imported European lumber (around 1930s) is thought to be the carrier of this fungal disease, which became widespread in such trees in America. The elm bark beetle is responsible for transmitting pathogen to the ornamental trees.

Infestation of this disease usually occurs in trees that attain a height of about 40 feet. Once infected, the fungus blocks the vascular bundles, and reduces the distribution of water and nutrients to the remaining parts. The infected tree dies after some time. As of date, there is no effective control measure for this disease.

Thus, these are some of the aspects related to elm tree. Instead of handling diseased American varieties, landscapers are advised to plant disease-resistant ones. For the same, hybrid varieties (American Liberty, Delaware, and Independence) that are resistant to the aforementioned disease are developed for general plantation in North America.