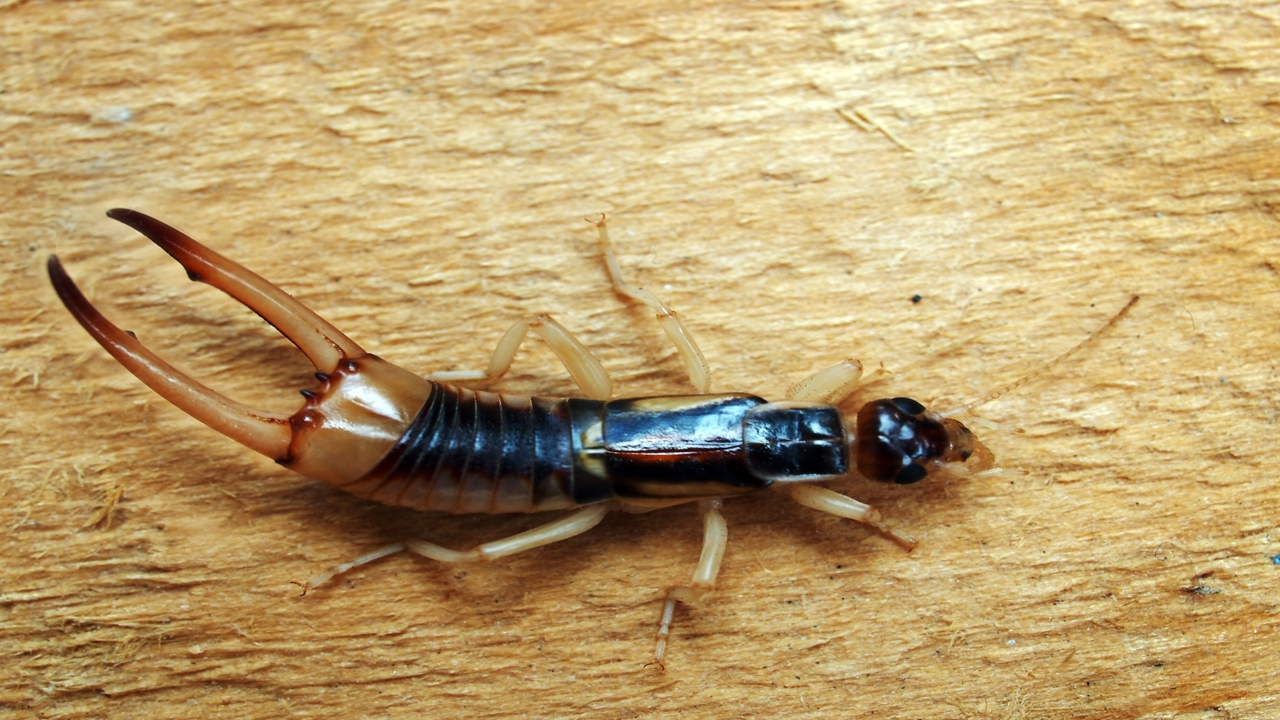 An earwig is an insect that belongs to the phylum Arthoropoda. It is native to Europe and was introduced to North America in 1900s by the Europeans. They are considered as pests, as they are known to destroy foliage, flowers and crops.

In human habitats or homes, they hide in small, dark and moist areas. They can be seen crawling over walls and ceilings, and probably near sinks and bathrooms. They hide in openings or cracks in walls during daytime.

An earwig may bite, if threatened. Their bites are rarely dangerous and not known to cause any major harm, just a bit of pain for sometime. In fact, the bite feels like a pinch. The pinch is not known to carry or transmit any kind of disease. They are not venomous, but their bite may lead to a secondary infection if the affected area is scratched by nails.

► If a person ever gets bitten by this insect, the affected area must be washed carefully.

► The affected area must be disinfected with a disinfectant.

► If the area is swollen, apply an ice pack over it.

► Look out for any broken pincers or curved forceps that may be present in the wound.

How to Get Rid Of Earwigs

These pests rarely colonize indoors and if you do observe them inside, it maybe because you have something moist within your home or they are in to escape the cold temperatures outdoors. Look for them in cracks in your door, windows or foundation.

► Find the source of entry and get the door, window or screen fixed right away. You can even apply caulk or weather stripping to keep them out.

► Next, look out for moist areas, wet leaves, and rotting newspapers in the garden. Clean up everything that is moist and make sure your foundation is dry.

► You can make traps to catch them. Roll up a newspaper and secure it with a rubber band. Moisten it with water and keep it in the infested area. Leave it overnight and in the morning you will observe these pests in the newspaper. Pick it up carefully and put it in a plastic bag. Throw away the plastic bag with the newspaper in garbage to get rid of them.

► You can even apply boric acid or boric powder in areas that may be infested. This is an effective method, but works only if the pests walk right through it.

► There are many insecticides available that contain pyrethrins. The chemical pyrethrin is not harmful to humans and pet dogs. You need to mix the powder with water and spray it around the house starting from your foundation to a radius of 6 to 10 foot.

Spray the mixture in the cracks and crevices through which these pests may have entered into the house. Read the instructions carefully before using any kind of insecticide.

An earwig is a nocturnal creature that has a pair of forceps pincers present on its abdomen. Their flexible and muscular abdomen can help to open and close the forceps pincers. They have membranous wings folded underneath their short fore-wings.

They rarely fly, even though they are capable of doing so. They have 3 pairs of legs and are either red or brown and sometimes black in color. Their head is often dark red in color.

In a year, this insect tends to undergo 5 molts. They show a rare ability of maternal care that is not so common in the insect world. The female cares for her egg and even after the nymphs hatch. She will continue to watch over them till the second molt of the nymphs.

With molting, the sexual dimorphism of the nymphs becomes clear as the shapes of their pincers become visible. The males have curved pincers and females have straight pincers. They use pincers for capturing prey and defending themselves.

They are scavengers and can be predatory in nature. They feed on a variety of insects. They feed on decaying plants and feed on animal matter if need arises. The ones that are carnivorous prey on insects like plant lice, blue-bottle flies, etc.

They even feed on a variety of plants like dahlias, zinnias, clover, hollyhock, strawberry, celery, sunflower, plums, grapes, roses, potatoes, beets, grass, corn silk, etc. Earwigs do not harm humans and their bite is similar to a bad pinch. If you feel that your home may be infested, follow preventive measures to avoid getting bitten by these insects.