The Differences Between a Taproot and Fibrous Root System 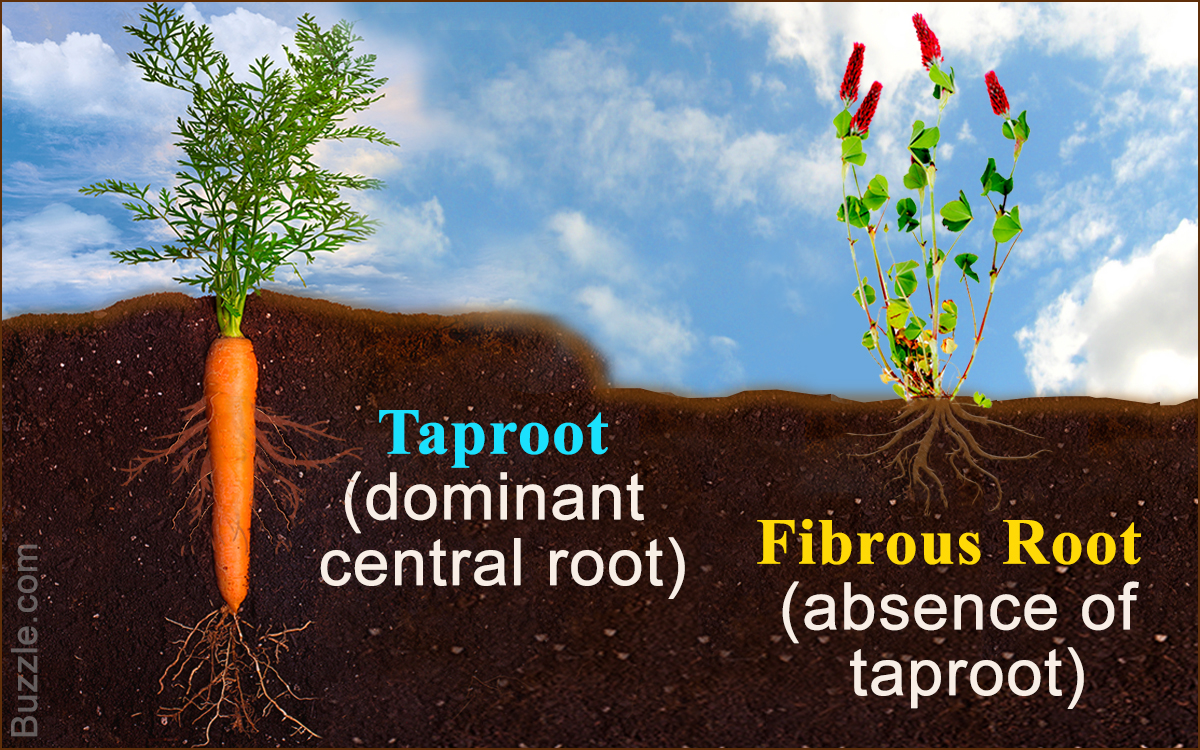 Carrots, radishes, beetroot, turnips are edible taproots, while sweet potatoes are the edible part of a fibrous root.

Plants that grow on land, i.e., vascular plants, typically have roots that grow downwards into the Earth. However, some plants also have aerial roots. A root unlike a branch or stem does not bear any leaves or nodes.

Roots are characterized by the functions they perform for the plant. The functions of a root are:

● Absorption: Roots absorb water and also nutrients from the soil.
● Transmission: They transport water and nutrients absorbed by them to the plant.
● Anchorage: They enable the plant to stand firmly on the ground and grow upwards by acting as an anchor and holding it.
● Storage: They store food and nutrients in them. These are used up by the plant for its growth as and when needed. E.g. carrots, radishes, sweet potato, etc.
● Reproduction: Roots also participate in vegetative reproduction.

A taproot is a kind of root system that is characterized by the presence of a dominant central root, from which other smaller-sized lateral roots emanate horizontally.

Based on shape, taproots are classified as:

✦ Conical root: As the name suggests, it is in the shape of a cone. It is circularly wide at the top and gradually narrows down to a point at the bottom. Carrot is an example of a conical root.

✦ Fusiform root: This kind of root tapers off at each end, being the widest in the middle. Radish is an example of a fusiform root.

✦ Napiform Root: This kind of root is round at the top and sharply tapers to a point below. Turnip is an example of a napiform root.

In many plants, taproots also act as organs for storing food, water, and nutrients.

One basic way to identify fibrous roots is the absence of a taproot. Instead in this root system, a mass of many similar-sized roots are seen spreading out from the base of the stem. They are of 3 types:

✦ Aerial roots: These kinds of adventitious roots remain suspended in the air and do not penetrate into the Earth. Usually the epiphytes (plants that derive moisture and nutrients from the air and rain; usually grows on another plant but not parasitic on it) that are monocots from the arum, gabi, and orchid family have aerial roots. They provide nutrition to the plant by photosynthesis, retain water, and also provide anchorage to the plant.

✦ Prop Roots: Prop roots are those that have finally reached inside the ground, starting from the stem. They help in providing stronger anchorage to the plant or tree. In some plants, they can also perform photosynthesis. Such kind of roots are found in corn and banyan.

✦ Contractile Roots: These roots are commonly found in a bulbous plant, which is a plant growing from a bulb; for example: lily. They originate from the base of a stem of a bulb or corm. The function of these roots is to vertically contract a newly grown bulb or corm which is at a higher level than its older counterparts to a desirable level.