Daisies are the members of the family 'Asteraceae', which is the second largest family of flowering plants. The simple daisy flower can be easily distinguished by its large attractive petals, and the equally appealing flat center. In this article, you can find out more about some common types of daisies. 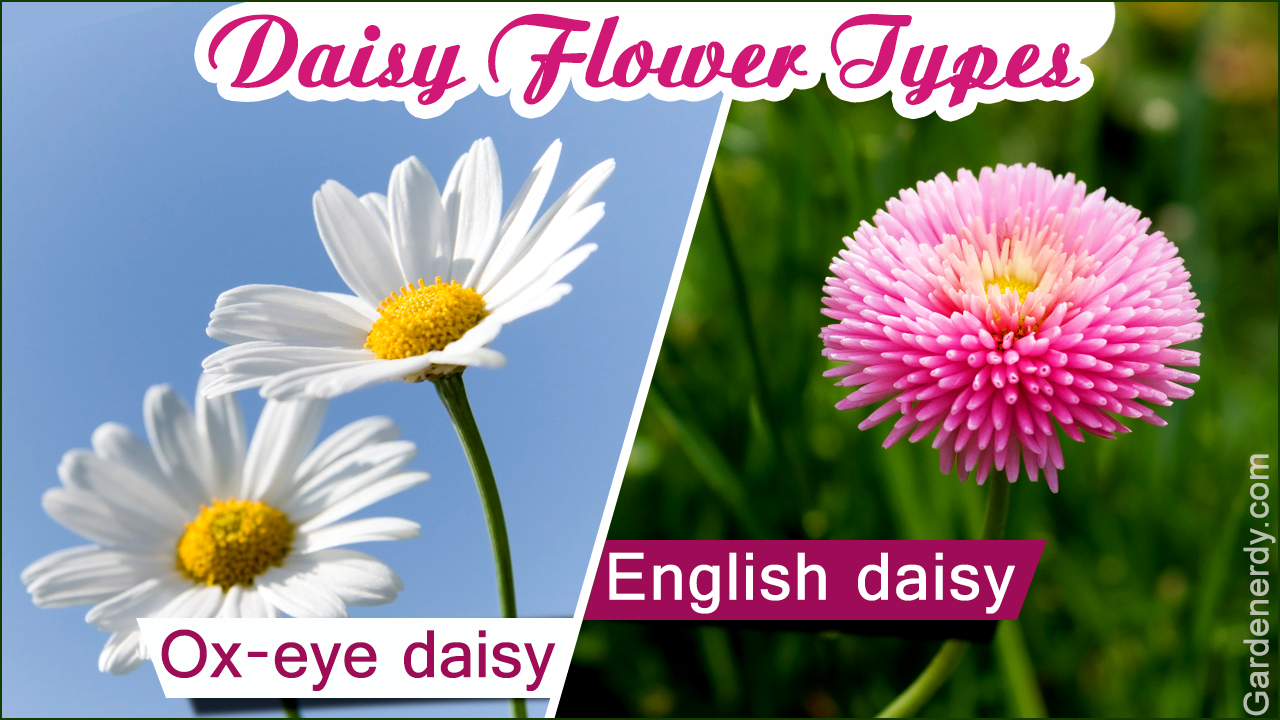 Daisies are the members of the family ‘Asteraceae’, which is the second largest family of flowering plants. The simple daisy flower can be easily distinguished by its large attractive petals, and the equally appealing flat center. In this article, you can find out more about some common types of daisies.

Daisies are the flowers of the family,Compositae, which is now called Asteraceae. The members of the Asteraceae family are perennial flowering plants, native to the regions of north and central Europe. The name daisy originated from ‘day’s eye’, and true to its name, the flower unfolds at dawn. 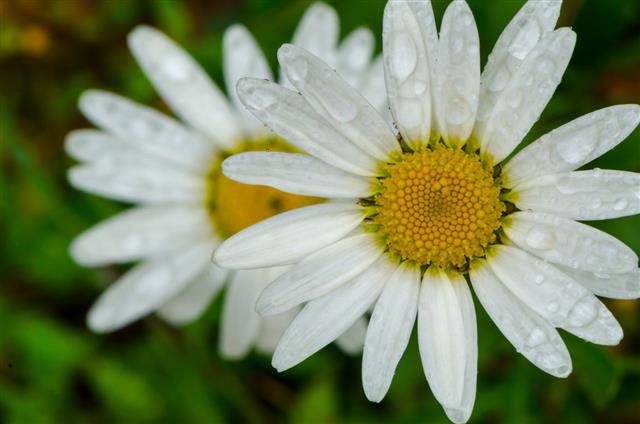 The flowers can be distinguished by their large petals, and a large conspicuous center. The blossoms can be white, pink, and yellow, to bright red and blue in color. Though the daisy is considered a single flower, it is actually composed of two flowers. The central part of the flower consists of short disk florets, while the ray florets that look like petals lie at the periphery.

With white petals and yellow center, Shasta daisies are one of the most popular varieties of daisy flowers. The flowers bloom from early summer to fall. The plant usually reaches a height of 2 to 3 feet with dark green foliage. This flowering plant is quite easy to grow and it does not need much care, if planted in well-drained soil and placed in an area that receives lots of sunlight.

The English daisy or Bellis perennis is generally considered an original species. Also known by the names of ‘common daisy’ and ‘lawn daisy’, Bellis perennis is a European species, native to northern, central, and western Europe. The blossoms are usually 2 to 3 cm in diameter, with white petals or ray florets, and yellow center or disk florets. The flowers bloom in spring.

As the name suggests, the African daisy is native to Africa, mainly to South Africa, but has been naturalized in the southwestern regions of the United States. These flowering plants are mainly preferred for rock gardens. The beautiful flowers come in an array of colors, including white, pink, and blue, and they bloom in summer. The plant can be grown in well-drained soil, and places exposed to full sun.

Native to South Africa, the Gerbera daisy is cherished for its exotic flowers. The flowers can have white, cream, pink, to deep orange, red, and violet petals, and a golden center. The flowers are widely used as cut flowers, while the plant is quite popular as an ornamental plant in flower gardens. The leaves usually grow to a length of about 8 to 10 inch with a width of approximately 12 inch. The plant prefers full sun, and sandy or loam soil.

Known as the ‘monarch of Veldt’, the Zulu Prince daisy is a species native to Africa. The plant can be distinguished by its silvery foliage, and large flowers that can spread up to 4 inches. The petals or ray florets are usually white, while the center or the disk florets are black in color, and remain encircled by a purple and yellow-colored inner ring. The flowers bloom from midsummer to fall. The plant is quite resilient to heat and drought, and so, it can be grown quite easily.

Felicia bergeriana, commonly called kingfisher daisy, is a fast growing plant native to South Africa. The flowers are deep blue in color with a bright yellow center. The flowers of the genus Felicia are known to bloom for a considerably long period extending from summer to autumn. The plant is mainly preferred as an edging plant to border a flower garden. It is also grown in flowerbeds and rock gardens. The leaves of the plant are small and bright green in color, which get overshadowed by the deep and attractive blue blossoms.

The Ox-eye daisy, which is often referred to as ‘marguerite’ and ‘moon daisy’ is a perennial flowering plant of Europe and temperate regions of Asia. The white flower with a flat, yellow center appear on an unbranched stem. The plant thrives in damp soil and is more commonly found in meadows, fields, and open canopy forests. The leaves are usually dark green in color. The plant prefers loam or clay-loam soil, and it can be grown in places exposed to partial and full sun.

There are several other varieties of daisies, such as, lazy daisy or prairie daisy, crown daisy, blue daisy, Gloriosa daisy, Spanish daisy, and Michaelmas daisy, to name a few. The daisy family, or the Asteraceae family is actually the second largest family of flowering plants with a large number of species. The simple, yet exotic flowers of this plant family are believed to symbolize innocence, purity, simplicity, and loyal love. Today, daisies are one the most popular and beautiful flowers to be used as cut flowers and also for flower arrangement. 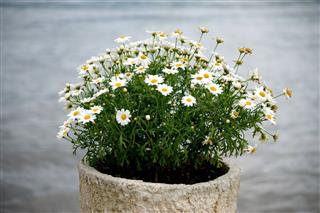 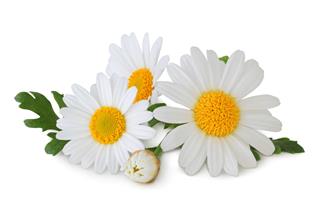 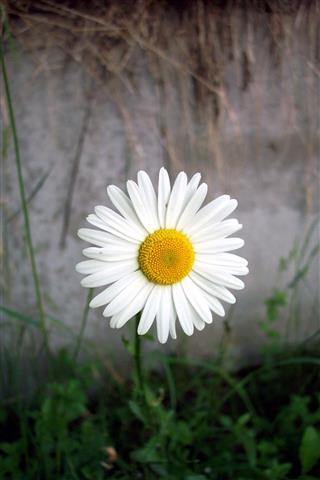 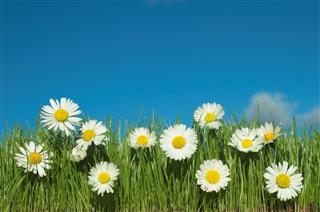 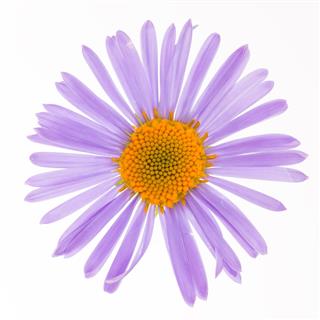